Letter: Divestment from Fossil Fuels is in Sight 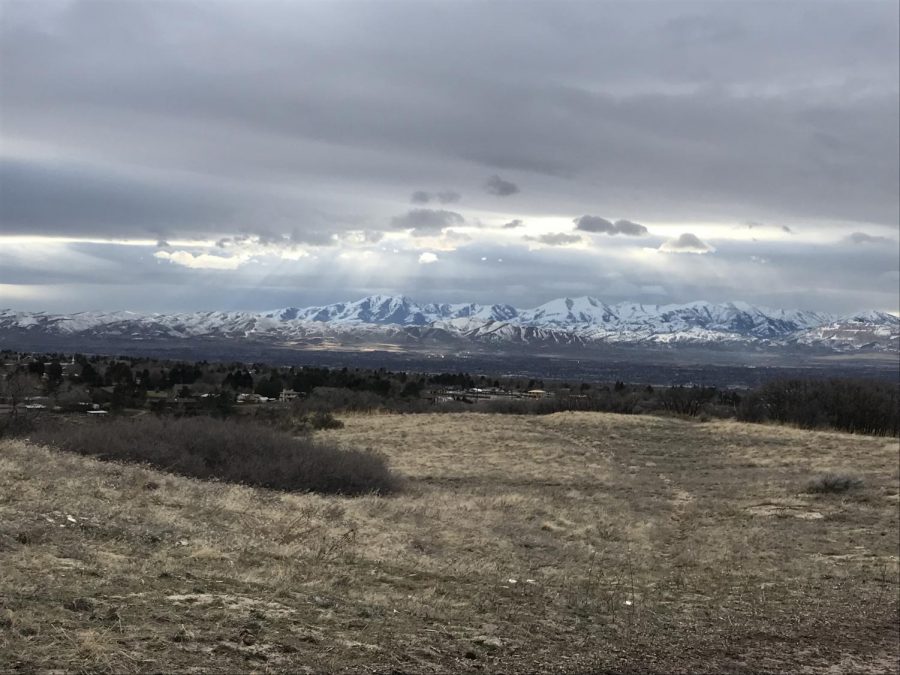 We know beyond a scientific doubt that in order to protect human lives as well as the lives of every living species on Earth, we need to put an end to fossil fuels. Not only are we witnessing the decline of ecosystems around the globe, but we are also witnessing an enormous cost to human life. Exposure to particulate matter and other fossil fuel pollutants resulted in an estimated 18% of global deaths in 2018, nearly 1 in 5 people. In the Wasatch Front, the level of air pollution from fossil fuels is causing 1,400 to 2,000 premature deaths each year. Environmental hazards are especially dangerous for frontline communities who are most often Black, Indigenous, people of color or of lower socioeconomic status.

Frontline communities should be heavily involved and equitably represented in the discussion of fossil fuel extraction, or lack thereof, as they have historically been the least consulted and most impacted by the current system. Divestment, coupled with a just transition policy, has the potential to reduce fossil fuel usage and promote reinvestment into an equitable economy. Many of these frontline communities also depend on the fossil fuel industry for jobs. A top priority for just transitioning is to protect these communities and others by tailoring policies to focus on micro scales such as specific sites and procedural issues. This attention to detail helps to “equity-proof” energy transitions and will protect communities that have historically been abused by this industry.

Divestment in fossil fuels is a direct response to these injustices and sustainability issues, serving as a way to address the root causes of these inequities rather than the symptoms. Financial benefits from fossil fuel extraction can be replaced with the environmental and health benefits of non-extractivism. A recent conservative estimate puts the air pollution costs in Utah at $1.8 billion annually. These expenses result from direct costs such as healthcare and indirect costs including tourism, decreased growth and costs to businesses. In moving our focus to the initial extraction of fossil fuels, divestment encompasses a lifecycle approach to reducing fossil fuel pollution and the industry’s overall externalities.

Universities are in a position of great influence in terms of promoting public discourse around fossil fuels and advocating for climate justice. Engaging in socially responsible divestment and reinvestment practices can shift our sustainability mindset away from remediation and towards a proactive stance. The University of Utah and other universities are uniquely positioned to create social change through education and direct action. The U lists sustainability as one of our seven core values. Yet, unfortunately, the U invests a portion of our $1.1 billion endowment in fossil fuel corporations. As students and members of the U community, we have a say in how that money should be invested.

Currently, the Senate Ad Hoc Committee for Divestment and Reinvestment Investigation is debating divestment at the U in order to make a recommendation to the academic senate for full or partial divestment as well as reinvestment in sustainable industries. The committee is composed of 16 members, including eight voting career-line and tenured faculty, three voting student representatives, and five non-voting members representing the President’s Office, the Investments Office, the Sustainability Office, the ASUU Sustainability Board and the Staff Council. A similar effort towards divestment was made in 2016, however, it was ultimately unsuccessful. This time around, we need to make sure divestment is achieved. As the U community, we need to show our support for this issue and engage with the decision-making process.

Divest U is an official student organization here at the U and our primary goal is to urge the U’s leadership to fully divest this money out of the fossil industry and reinvest that money in sustainable industries. We believe this is an opportunity for our school to help protect our planet, community health and promote climate justice as well as become a leading university in the U.S. Please get involved by signing and sharing our petition to help us reach at least 2,000 signatures. More information on divestment and how to get involved can be found below.

— DivestU, student organization at the University of Utah