Kincart: How Utah Can Help the Disabled 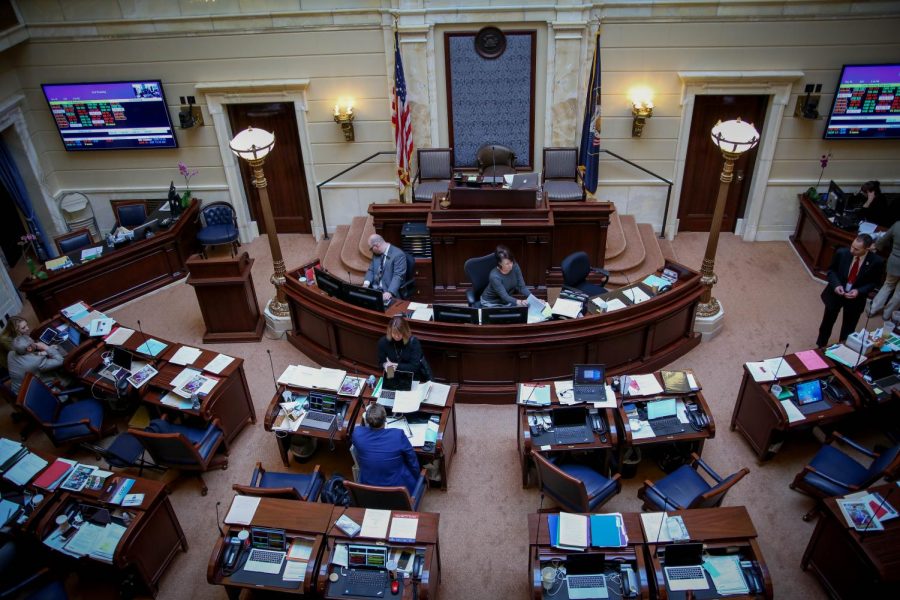 As the legislative session comes to a close, it’s important to reflect on the legislation we witnessed this session to determine policy goals for the next session, as well as recognize the shortcomings of our own legislature. 22.3% of Utah adults have a disability — it’s a population to which we need to pay attention and legislatures often ignore. Very few bills in the Utah Legislative Session focused on disabilities. For those that did, most didn’t progress very far, let alone pass. Given that disability rights policy rose in prevalence during the 2020 presidential primaries, there needs to be a shift in policy focus across the country. The Utah legislature has continually underperformed in disability legislation and needs to do more for people with disabilities.
Draining Funds
The Utah legislature has tried to champion disability issues in the past, but with little success. Last year, the legislature passed S.J.R. 9, later known as Constitutional Amendment G, which was approved during the 2020 election. As Rep. Sharon Gallagher-Fishbaugh explained to KUER, this measure was “another attempt to relax the rules and slice the education pie even further, pitting the state’s public education system against programs for children and people with disabilities in the process.”  This ballot measure will ultimately lead to competition between schools and social services — all in the name of minimal funding.

This year, the Utah legislature continued to disappoint in introducing and passing satisfactory disability-related legislation. S.B. 175, Special Education Least Restrictive Requirement Amendments, would have loosened the restrictions on how schools spend special education funds. By taking away funds from the students who need it most, this bill would have hurt those with disabilities. S.B. 175 was also set up to benefit charter schools because, unlike K-12 public schools, they don’t have a limit on the percentage of disabled students for whom they can receive funding. Luckily, this bill didn’t progress far. However, S.B. 178, Educational Deadline and Fiscal Responsibility passed in both chambers. This bill loosens restrictions on funds — including special education — because of the pandemic. We need to be focusing on students with disabilities and the continuous efforts to dilute funds do the opposite.
Prioritization Needed
But not all disability-related bills introduced in this session were bad. H.B. 421, Intensive Services Pilot Program, would have helped smaller school districts and charter schools acquire more funding for students with disabilities. Although it passed, its sponsor, Rep. Marsha Judkins, originally asked for $12 million to fund the three-year funding program. In the end, the bill was funded for $1 million. Judkins explained to me that last year, there were about $12 million in funding requests and that smaller local educational agencies likely didn’t apply. Thus, a $1 million allocation for a three-year funding program will hardly see results.

Another one of Judkins’ bills, H.B. 105, didn’t make it through the Senate. According to Judkins, Utah currently allocates money for students with disabilities based on numbers that are two to seven years old. This bill would have updated the numbers to be current. Judkins said that this bill hasn’t passed during the past two sessions because it is “not prioritized by the Executive Appropriations Committee.”

This lack of prioritization needs to change. Judkins made it clear that “everybody wants to help students with disabilities.” But if there’s not any support for funding, is their desire genuine? If the legislature wants to help people with disabilities, they need to do more. Judkins plans to bring back a version of H.B. 105 next session and I urge the legislature to pass it. Increases to special education funding are imperative, especially during a pandemic. The diluting of funds seen in this session is only hurting special education. Additionally, Utah needs to ensure that people with disabilities are paid at least minimum wage because, believe it or not, current law allows for a subminimum wage. Further, pushing for a statewide universal pre-K could give students with disabilities the opportunity to grow in an unrestrictive environment at a critical stage of development. But most importantly, legislatures and the general public need to adjust their perception of disability issues. Disability can happen to anyone at any time — it’s foolish not to prioritize disability spending.