Gearing Up for 2021 Spring Football 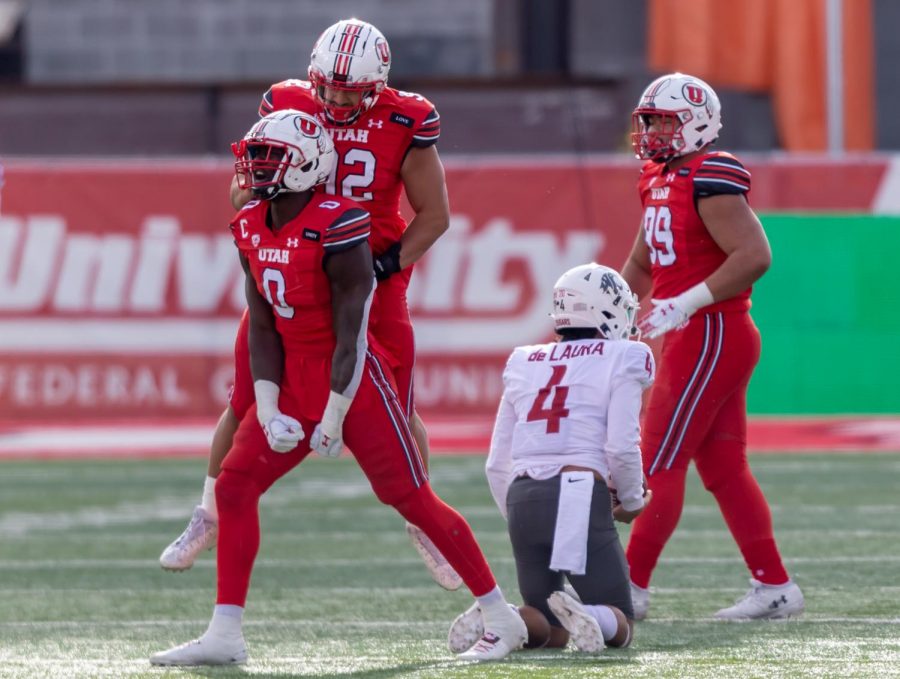 With spring football (hopefully) around the corner for the University of Utah football team, expectations will be high heading into the 2021 season.

The Returners
One of the biggest surprises of this off-season for the Utes came when star linebacker Devin Lloyd announced his intent to come back for his second junior season instead of putting his name into the NFL Draft. But Lloyd wasn’t the only Ute who could have been drafted to come back, —  offensive lineman Nick Ford and tight end Brant Kuithe also announced that they will be coming back for the 2021 season.

If all three have productive fall seasons, it is very possible that the 2021 season will be their last at Utah. Also, look for Mika Tafua to make a run to be able to forgo his final season in 2022 to put his name in the NFL Draft.

The Utah defense will remain mostly intact this spring as spring ball rolls around. Nate Ritchie and Sione Fotu will not be on the team this season, as they are both planning on serving LDS missions for the next two years. Clark Phillips, Nephi Sewell, JT Broughton, Vonte Davis and Maxs Tupai will be back to anchor a stout Utes defense.

While the offense will have to replace some pieces, core groups like the offensive line and tight end group have remained intact headed into the spring season. Key players like Britain Covey, Solomon Enis, Orlando Umana and Cole Fotheringham will also be back to help lead the Utah offense.

It’s also interesting to note that Utah is returning the eighth-most production in the country headed into the 2021 season.

The Losses
Before the tragic passing of freshman phenom Ty Jordan, the writing was on the wall for who would be dominating the backfield for the next few years, and both Devin Brumfield and Jordan Wilmore took that as their cue to leave. Both players will be returning to their home states as Brumfield will join the Tulane football program in Louisiana and Wilmore will join Fresno State in California. Both programs will be adding solid ball carriers, as Brumfield went for 21 carries, 85 yards and a touchdown in 2020 while Wilmore recorded 54 yards on 18 attempts.

With one of the deepest rosters of wide receiving talent Utah has ever seen, the program saw the departure of two very talented players in Bryan Thompson and Samson Nacua. Thompson — who recorded nine catches for 187 yards and one touchdown in 2020 — is headed to Pac-12 South rival Arizona State. Nacua — who saw a decline in touches in 2020, only recording four catches for 29 yards and a single touchdown — will join BYU along with his brother Puka Nacua, who left the University of Washington. While many fans are heavily discouraged with the recent departures, rest assured. The Utah receiving core is still loaded with Solomon Enis, Jaylen Dixon, Britain Covey, Money Parks, Devaughn Vele, Connor O’Toole and new signee Makai Cope.

Finally, Utah also saw the departure of quarterback Jake Bentley. To be honest, it was one of those situations that fans were not vastly upset about. After Cam Rising went down in the first game against USC, Bentley took the reins and it was a wild ride.  In five games, Bentley went 77-124 for 882 yards and six touchdowns. Bentley also threw six interceptions and was benched in his final game against Washington State, which gave senior Drew Lisk the opportunity to save the day and lead the Utes back from a 28-7 hole. Bentley will transfer to South Alabama for the 2021 season.

The Additions
Utah once again dominated the recruiting trail for the class of 2021. According to 24/7 Sports, the class that Utah signed in December ranks No. 5 in the Pac-12 and No. 32 in the country. The average rating for the signees in this class was 0.8721, which is a little higher than the class of 2020.

Many of the high school players that signed in December are on campus currently and will be participating in spring ball. Quarterback Peter Costelli will be one member of the loaded QB room who will be vying for reps this spring.

Linebackers Mason Tufaga, Trey Reynolds and Cole Bishop will be walking into a linebacking room that was somewhat depleted at this time last year, but with their additions as well as a huge transfer into the program, things look better for the linebackers.

Currently, Darrien Stewart is the only player from the secondary who is enrolled in school. The team expects more to be on campus by the midpoint of this semester.

The Transfers
For every player the Utes lost to the transfer portal, they received tenfold the amount of talent with the incoming transfers, as three of the four transfers were originally four-star recruits in high school.

The quarterback race just got a whole lot deeper and more interesting as Utah added Charlie Brewer from Baylor and Ja’Quinden Jackson from Texas. Brewer is a senior transfer who had an absolutely incredible career as a Bear throwing for 9700 yards and 65 touchdowns. Not only is he one of the best quarterbacks in Baylor history, but he was also ranked the No. 2 transfer in the country by Fox College Football. Jackson, who originally was being recruited by Utah, red-shirted with Texas last year before announcing his intent to transfer shortly after the 2020 season ended.

One of the most impressive things the coaching staff has potentially ever done was recruiting Oklahoma running back TJ Pledger and LSU running back Chris Curry from the transfer portal. While the Utah football family was mourning the death of Jordan, the coaches understood there was a job to be done, and remarkably they went above and beyond amidst the tragedy. Pledger is coming off an incredible 2020 season as he recorded 95 carries for 451 yards and five touchdowns. In three years with LSU, Curry went for 91 carries and 336 yards. While nobody can ever fill the shoes of Jordan, these additions are some of the best Utah has ever had and give Utah some phenomenal talent out of the backfield.