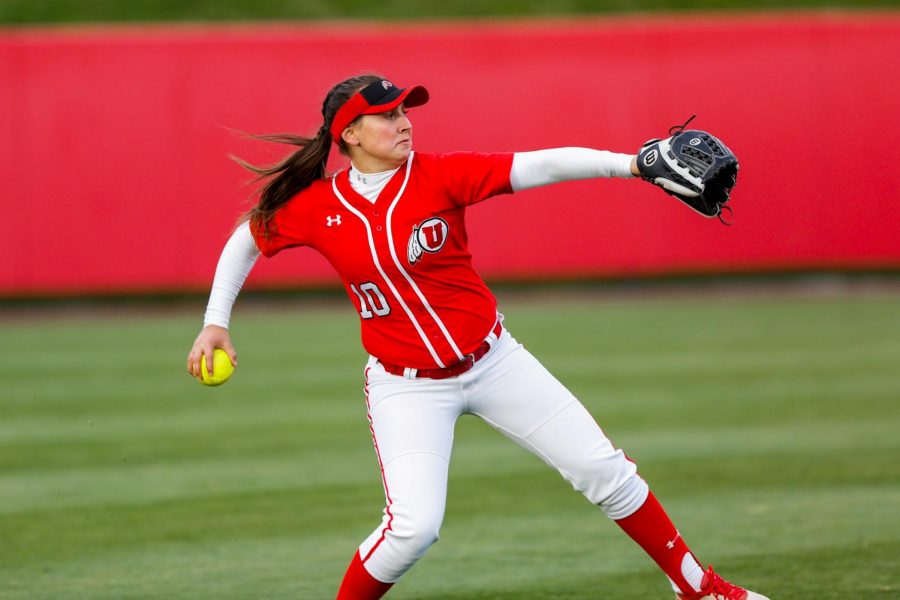 Few entered the season under the illusion that everything would be normal. Postponements & cancellations have joined the usual illness & injury to make 2021 a rollercoaster of emotions for the University of Utah softball team.

When captains Alyssa Barrera, Julia Noskin and Alyssa Palacios lead their team onto the Jane Sanders Stadium diamond on Friday afternoon in Eugene, Oregon, it will have been 2 ½ weeks since their last competitive appearance. That’s a full 18 days since Utah hitters and pitchers have faced an opponent outside of their own locker room.

Head coach Amy Hogue spoke about the team looking forward to facing an unfamiliar opponent.  “The excitement level to get on a plane to go to Oregon tomorrow, probably is exacerbated by the fact that we had to take last weekend off.” Hogue continued, “I wouldn’t want to play us this weekend.”

With COVID-19 forcing the cancellation of Utah’s participation in the Dixie State tournament last week and a Tuesday matchup against that team down south, the BYU Cougars, Hogue’s team has had plenty of opportunity to shore up weaknesses exposed in three consecutive losses to some of the Pac-12’s elite in non-conference matchups against Oregon, Arizona St & UCLA.

Asked if the layoff would impact the preparation of her team, Hogue spoke of the chance to improve over the long break. “There are a lot of kids who are more prepared because they’ve had time to work on some things that were missing early on. For the most part, it’s not about the physical. It’s ‘are we mentally strong?’ But physically, I don’t think we’re going to be that far off.”

It just so happens that one of those teams, the USA Today No. 5 ranked Oregon Ducks, will be across the diamond, ready to put their 13-1 record on the line against Hogue’s 9-5 Utah squad.

Since suffering a 9-3 loss to the UCLA Bruins on March 1, the Ducks enter this weekend’s four game series with the Utes riding the wave of a seven game win streak. To top it off, five of those wins have come via the run rule. Long story short, Oregon has been lapping their competition and then some over the past couple of weeks.

Led by freshman Alyssa Brito, the Oregon offense has managed to score in double figures four times with 10, 16, 11 & 14 run games in their past five contests; with an 8-0 run rule-shortened game against Sacramento State marking the only game Oregon has been held under double digits. Brito leads the Ducks in several offensive categories, including batting average (.420), hits (21), home runs (7), and slugging percentage (.940). Not to be outdone, Brito is joined by six teammates in batting over .300 with at least 11 games played in the early part of the season.

In the circle, Oregon is led junior Brooke Janez. In seven starts, Janez sits at 7-0 with three complete games and a 1.57 ERA in 44.2 innings pitched this season. Janez is also tied for the team lead with two saves. She is joined by Samaria Diaz (3-0), Raegan Breedlove (3-0) and Makenna Kliethermes (2-0) with an ERA under three this season.

Led by Madi Jacobus and her .417 batting average, the Utes will be looking to get on track after being limited to nine runs scored in their previous three games. Elessa Bonstrom leads the team with seven home runs and ‘super senior’ Alyssa Barrera paces the Utes with 18 RBI. Junior Sydney Sandez (5-1) leads the pitching staff with a 3.59 ERA in five starts and nine appearances overall. Halle Morris (2-0) has been the primary bullpen arm for Utah, accumulating a 2.75 ERA across 20.1 innings pitched.

First pitches are scheduled for Friday at 6 p.m., with the Saturday doubleheader starting at 2 p.m. and Sunday finale afternoon at 1 p.m. All four games this weekend will be streamed at https://pac-12.com/live/university-oregon-2.