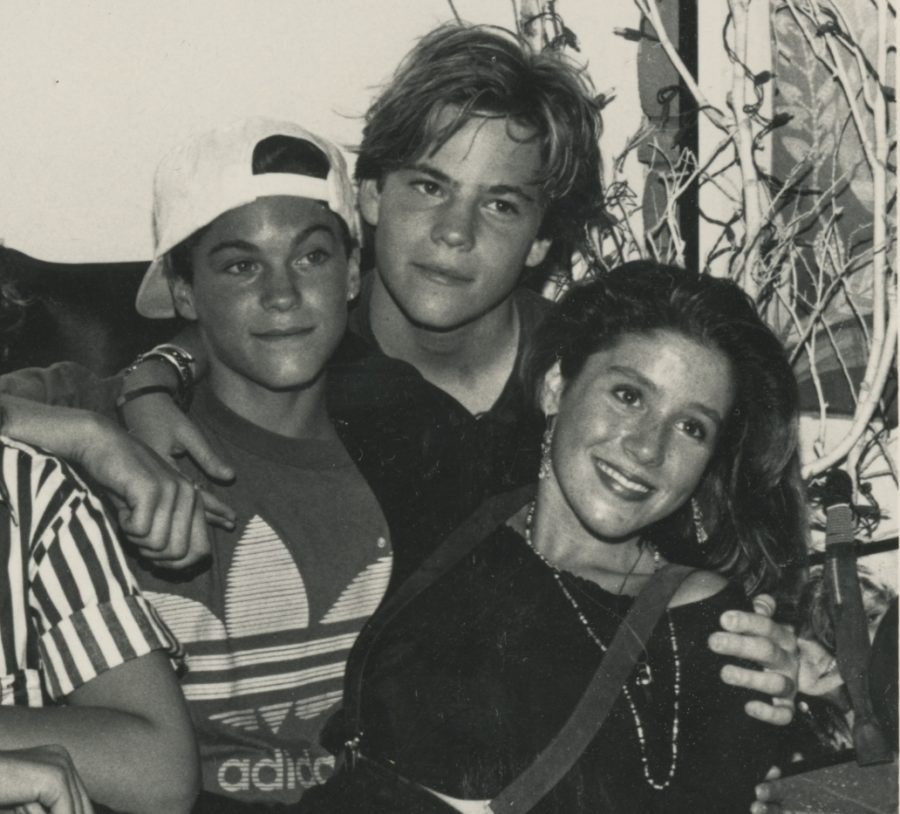 Soleil Moon Frye gained stardom at just seven years old from her portrayal of Penelope “Punky” Brewster in the hit ’80s sitcom “Punky Brewster.” Now, more than 30 years since the show’s finish, Frye has opened her own “Pandora’s box” filled with hundreds of hours of home video footage, voicemails, and journals that document her teenage years. These impressively detailed and often intimate memories come together to form an introspective look at not only life as a ’90s teenager but life after childhood stardom.
It’s Hard Being Famous
At its heart, “Kid 90” is a nostalgic memorial of the pains of growing up and the friends lost and gained along the way. The film walks an odd line between diary and documentary as Frye details her journey of coming to find and love herself. At times, there is a slight air of pretentiousness as Frye tearfully details how hard it was to be a famous teenager. While some moments were touching, others were hard to take seriously as they were coming from extremely privileged individuals.

Often the sentiments expressed by celebrities in the film are presented as great revelations which only pertain to their situations. At one point, Frye states “Not having a traditional childhood… I think some part of me really wanted to feel accepted.” Anyone who’s ever been a teenager has felt like an outcast at some point and time. This feeling is not unique to child celebrities and when it was presented as such, it took away from the meaning of the film.

As someone who was born in the late ’90s and has had little exposure to Frye’s career, I found myself struggling to feel sympathy for some of Frye’s teenage laments. The way Frye chose to portray some of the events of her teenage years sometimes felt like more of a publicity stunt than an actual story. This left me feeling confused as to why she was deciding to tell this story at all. I may be alone in this, but I certainly haven’t been wondering, “What happened to that ‘Punky Brewster’ girl?”
The Dark Side of Hollywood
“Kid 90” did offer an ever so slight glimpse of the darker side of Hollywood. The themes of hypersexualization, rape culture, suicide, and substance abuse are in the lining of the film, but they are never deeply explored.

For example, we are shown how Hollywood individuals, especially men, treated Frye as she began to develop breasts early. She speaks to how her acting roles warped and became entirely focused on her body. Frye felt dehumanized and was forced to grow up much more quickly than she liked as she was being sexualized at every turn. In 1992, just before the age of 16, Frye underwent breast reduction surgery in an attempt to regain control of her life. While this example of hypersexualization is tragic, it was not framed as commentary on the sexual nature of Hollywood. It was instead framed as a trial in body image insecurity which Frye had to overcome.

I am not saying that Frye is responsible for making such commentary, I just felt as if the reflections on the darker themes presented were a touch sterile. What could have been a powerful tool to expose and call for change was instead a reflective photo album.

Overall, “Kid 90” has some truly beautiful, touching, and tragic moments which anyone who survived being a teenager can relate to. If you’re a huge fan of “Punky Brewster” I would encourage you to dive in — but if not, you won’t miss much by skipping this one.