Lana Del Rey’s ‘Chemtrails Over the Country Club’ Hovers in the Shadow of ‘NFR!’ 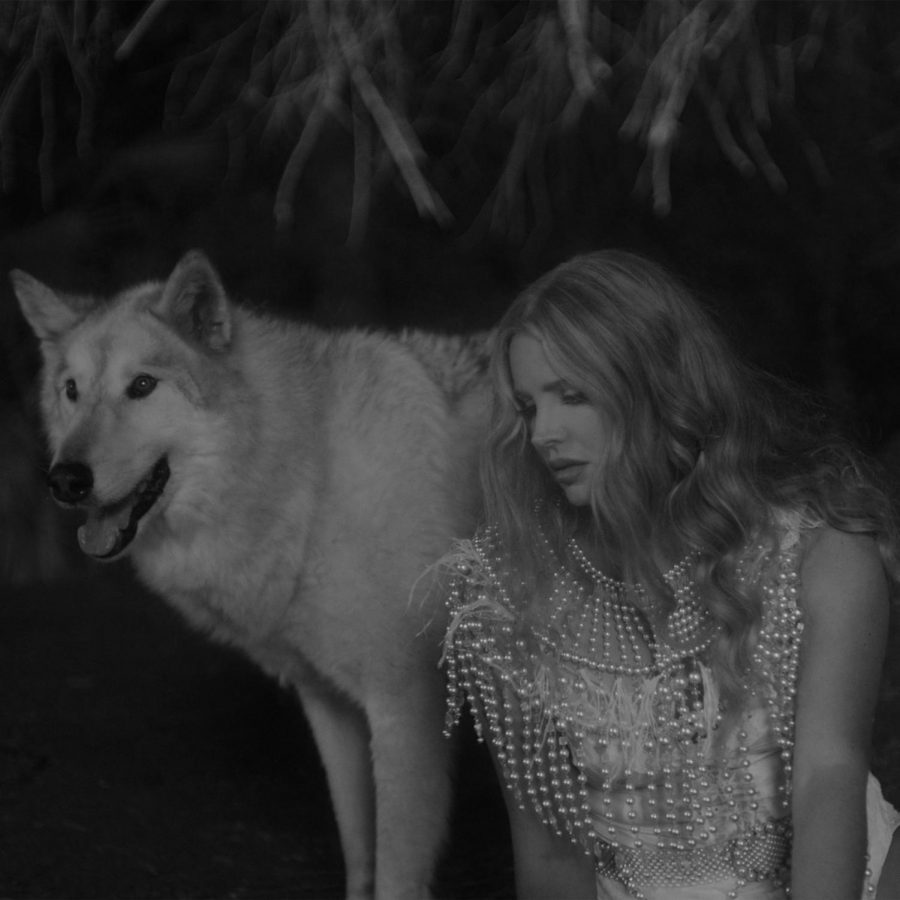 Lana Del Rey has exchanged her “Blue Jeans” for a “White Dress” in her ethereal — but inferior — seventh studio album “Chemtrails Over the Country Club.”
The Album Announcement
Produced and co-written almost entirely by Jack Antonoff — who must really be the busiest man in the music industry — the 11-track album muses about Del Rey’s past, hopes for a better future and falls just short of her Grammy-snubbed masterpiece “Norman F—ing Rockwell!.”

Del Rey garnered international attention — for the worst reasons — in May 2020 after posting screenshots of a short essay, written in typewriter font, on her Instagram. The controversial post opens with “Question for the culture” and calls out Doja Cat, Ariana Grande, Cardi B, Kehlani and Nicki Minaj by name for their sexual and explicit lyrics. She ended the note with a promise of her new album, where fans could hear “tinges of what I’ve been pondering” on Sept. 5.

Not only was the album delayed (by months, and months), she spent that time pissing more people off — wearing a mesh face mask and sharing another controversial Instagram post where she replied to a comment, stating, “My best friends are rappers my boyfriends have been rappers” in response to criticisms of history of cultural appropriation.

While we waited for apologies — some of which we did receive — I continued to stream “NFR!” and wish Del Rey didn’t know how to use Instagram.
Lizzy Grant and Lyricism
Del Rey started her music career in the early 2000s, releasing an EP titled “Kill Kill” under her real name, Lizzy Grant. Her young adult life was marked by her struggle with alcoholism, loneliness and fighting for fame. Her breakout album “Born to Die” stories these experiences, most explicitly on songs “This Is What Makes Us Girls” and “Carmen.”

These early days of her persona mark “Chemtrails,” where nostalgia for the past (spent listening to the White Stripes and waiting tables) seeps through every song. On “Dark but Just a Game” she croons “We keep changing all the time / The best ones lost their minds / So I’m not gonna change / I’ll stay the same.”

As much as the album is a love letter to Lizzy, it is also, as she promised on her typewritten manifesto, a note on the “culture.” Del Rey spends time in each track noting famous women in music, abuse and fear, and the creative process.

On the same track, she bemoans the trails of fame: “Don’t even want what’s mine / Much less the fame,” and, in “White Dress,” the good old days pre-Lana with “It made me feel like a god / It kind of makes me feel like maybe I was better off.”

The most stunning commentary, however, comes from “Breaking Up Slowly,” where Del Rey, alongside country singer Nikki Lane, tells the story of Tammy Wynette through the first person — from her heartbreak, substance abuse and eventual death, in haunting harmonies. The “Wild At Heart” chorus has a nod to Princess Diana: “The cameras have flashes / They cause the car crashes.” In the final track, “Dance Till We Die,” Del Rey takes a stab at naming female artists by name again, but this time, with an air of praise and respect singing, “I’ve been coverin’ Joni and I’m dancin’ with Joan.”

And, though it’s unlikely that it’s really a reference to the campy Taylor Swift track also penned by Antonoff, hearing Del Rey whisper “Look what you made me do” over a drumbeat in “Not All Who Wander Are Lost” took me back immediately to “reputation.”
Tracks
Every track on this album is like a treadmill, pulling you along at a steady pace, keeping you engaged and on your feet. The instruments, almost all played by Antonoff, are heavenly, and matched with Del Rey’s angelic vocals (please listen to the chorus of “White Dress,” over and over), it’s easily one of her best-sounding projects.

Fans have deemed “Chemtrails” a “sister album” to “NFR!,” which doesn’t do much to help it stand alone, and rather just shines a light on its weaknesses – lyricism. In 2019, Del Rey opened with “God-damn, man child / You f—ed me so good that I almost said ‘I love you.’” Not even Del Rey could top that in this album.

Actually, the songs on “Chemtrails” that reference “NFR!” are easily the best: “Wild at Heart” samples music from “How to Disappear” and themes from “Love Song.” In the pre-chorus of “Yosemite,” she sings “No more candle in the wind,” a reference to the first verse of an “NFR!” single “Mariner’s Apartment Complex.”

There’s also a special place in my heart for “Tulsa Jesus Freak,” a song I saved before even hearing it. Then, when I heard it, I unsaved it just so I could save it again.
Verdict
Even though “Chemtrails” stands in the shadow of its older sister, Del Rey and Antonoff still managed to commandeer my playlists. Flailing lyrics aside, this seventh album was easy to listen to and transports the listener to softer, quieter times.