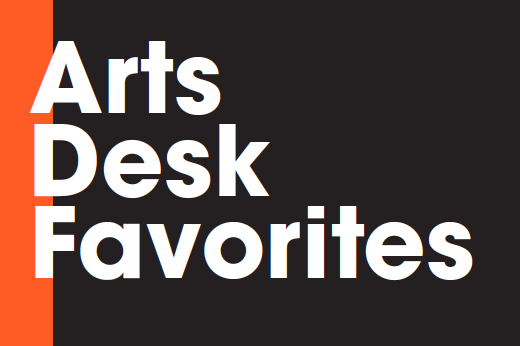 Oakley Burt
I’ve always been a huge fan of Marvel — the comics, characters, cinematic universe and now, their newest TV shows. This month brought a tear-jerking end to “WandaVision,” a show that was part drama and part comedy, and paid homage to many beloved sitcoms. I loved seeing the personal growth in the character arcs, and how drastically the world had changed post “Avengers: Endgame.” But my new favorite Marvel TV release is “The Falcon and the Winter Soldier,” a six-part series released on March 19. I’ve been patiently waiting for this series to drop ever since it was announced — and it has been amazing, so far. The first episode saw the titular characters dealing with their own problems, apart. The second episode finally brought them together, sharing mutual disdain for John Walker, the new Captain America, and taking on a new group of villains. Getting to see Sam (Anthony Mackie) and Bucky (Sebastian Stan) interact for the entirety of the episode was awesome — seeing them turn a therapy session into a staring contest and bickering over how to stop the bad guys felt like watching a buddy action-comedy. With four episodes left in the series, I can’t wait to see what happens next.

Parker Dunn
My favorite from March had to be Justin Bieber’s Tiny Desk Concert rendition of “Peaches” off of his latest album released in March as well. While I wasn’t a huge fan of the Canadian singer-songwriter’s sixth album “Justice,” nor the studio version of “Peaches,” Bieber’s Tiny Desk take on the track is nothing short of an absolute jam. Backed up by a live band, Bieber shows off his piano playing skills in this video concert hosted by NPR. This version of “Peaches” brings out the best of the track by slowing things down and honing in on the soul and vibe of the song. The studio version of “Peaches” suffers from its quick tempo and odd structure, both of which are remedied in this live rendition.

Jacqueline Mumford
An animated burger shop in New Jersey, run by a strange family of loud talkers, diary writers and bunny ears carried me through the month of March — and also every other month since 2015.

I have never seen a more clever, kind and heartfelt show. When I’m feeling sad, lonely or stressed out, it’s the Russian roulette of “Bob’s Burgers” episodes. It’s one of the only shows I can watch again and again — the Thanksgiving episode where Bob forces his kids to set a fire in the alleyway? Iconic. When Louise accidentally glues Bob to the toilet seat? Show-stopping. Gene and Louise’s competition to make the best burger? Disgusting and unmatched.

I dream of creating such interesting, dynamic and loveable characters. If you haven’t watched Fox’s “Bob’s Burgers,” find a seat on the couch and randomly click an episode — you won’t be disappointed.

Kate Button
For my March arts favorite, I’m picking the artist Marco Mares. Lately, I have been listening to a lot of his music, including his latest single, “Alboroto.” Mares is an independent Mexican artist that has a dreamy, bedroom pop sound. His songs are described as “curitas para el corazón” — or “band-aids for the heart.” His music is in Spanish, but the emotions that he sings about are universal and transcend language barriers. If you’re interested in checking out Marco Mares, I’d recommend listening to “Soñé Contigo,” “No Sé Decirte No,” “La Ola,” or “Amable.”

Whit Fuller
My favorite book that I read during March’s strange displays of nature happens to also deal with a natural phenomenon of climate. Barbara Kingsolver’s “Flight Behavior” centers around Dellarobia Turnbow — a housewife and mother of two who is dissatisfied with her marriage and forced to rely on her husband’s family to make ends meet. Her luck changes when she witnesses a miracle — a forest fire that is actually sunlight filtered through the lens of clusters of Monarch butterflies fleeing their home for the winter — and she becomes the talk of her family’s congregation. Watching Dellarobia change from an unhappy and discontent woman into an inquisitive and lively individual is perhaps one of the greatest transformations in the novel. But Kingsolver drew my attention to the metamorphosis of the monarchs, and she makes her case for their plight in the climate crisis through moving, poetic and unflinchingly honest prose.

Dreamscapes returned to the Salt Lake City art scene this past month at a new location. This new, larger venue allows the immersive art exhibit to shine even brighter. Dreamscapes is a recent staple of the Gateway Mall in downtown Salt Lake City. Since its conception in 2019, the Utah Arts Alliance has been fostering its growth and looking for new ways to engage visitors. Each new exhibit is wildly different from the last, but they all leave you feeling like you’ve entered a dream world. More than 100 Utah artists come together to create it, and it includes anything from rooms filled with dreamy neon clouds to giant sea creatures made from found objects. At their new location, they’re using more space than ever to completely transform the way you see the world and think about art. Their new location is still in The Gateway, with tickets available Thursday-Sunday.

Luke Jackson
My wife and I are always on the prowl for reality TV we can sink our teeth into. We love the over-exaggerated drama that comes with the genre, and this month we took a dive into Gordon Ramsey’s “MasterChef.” I absolutely adore cooking shows as well, so it felt like this program was catered just for me. Watching bright-eyed and hopeful home cooks be completely demolished by Ramsey for not adding enough salt is all sorts of satisfying. The other great thing about “MasterChef” is the producers really seem to try to exaggerate the drama between contestants. At least once an episode a contestant is asked, in front of their peers, who they think is the worst cook on the show. Personal feuds, physical threats and tensions all run red hot in Ramsey’s kitchen, and I cannot peel my eyes away.

Cade Anderson
This March, I finally saw Chloé Zhao’s “Nomadland” — which lived up to and surpassed the hype — and, for some nostalgic comfort, I rewatched Jamie Lee Curtis and Lindsay Lohan kill it in the 2003 instant classic “Freaky Friday.” And yet, as incredible as these movies are in their own ways, nothing I watched this month topped my all-time favorite show, “Maniac.” The performances of Jonah Hill, Emma Stone, Sonoya Mizuno and Sally Field mesmerize me every single time in this magical miniseries. Even on my third or fourth binge, I find myself discovering new layers to Cary Joji Fukunaga’s revolutionary portrait of mental health and the flexible nature of reality.

Hannah Keating
It’s spring! This time of year always has me feeling sunny and wistful, and it wouldn’t feel the same without the perfect soundtrack. My personal favorite listening for the month of March is singer-songwriter Adam Melchor’s new album release “Melchor Lullaby Hotline Vol. 1.” Beginning with a retro jingle introducing the curated songs on the track, the album continues with sweet songs like “Moon in the Morning” and “I Choose You.” The album is folksy and romantic and has set the atmosphere for my evenings at home. My advice in listening to this album for the first time is to plan a road trip and let the tracks play in order as you drive. Melchor’s impeccable voice and indie folk-rock vibes are perfect for the change of the seasons.

Heather Graham
My guilty pleasure — though I’m not really too ashamed — is definitely young adult novels and their movie adaptations. Give me “The Fault In Our Stars” (John Green), “The Hate U Give” (Angie Thomas), “Lemonade Mouth” (Mark Peter Hughes), “How To Deal” (Sarah Dessen) or any of the hundreds of teen coming-of-age adaptations and I will gobble them right up. So the March 3 release of the new Netflix original, “Moxie!,” directed by Amy Poehler, was absolutely right up my alley — and it was spectacular. This film follows high school junior, Vivian, who, inspired by her mother’s old Riot Grrl punk albums, creates a DIY zine criticizing the misogyny, sexism, rape culture and racism in her school. Authored by a fictional activist called Moxie, the zine spawns a school-wide feminist movement demanding change. The story is full of humor, love and passion, not to mention a cast of diverse characters including well-done and non-tokenized POC and queer students. The film made me want to grab my own punk albums, lace up my Dr. Martens and smash the oppressive world around me. I hope that everyone else who watches or reads “Moxie!” finds that same passion and fire inside of them to demand change, subvert the status quo, rally around human rights and diverse experiences. “Moxie!” made me feel inspired and hopeful — it is most definitely my favorite thing from March.