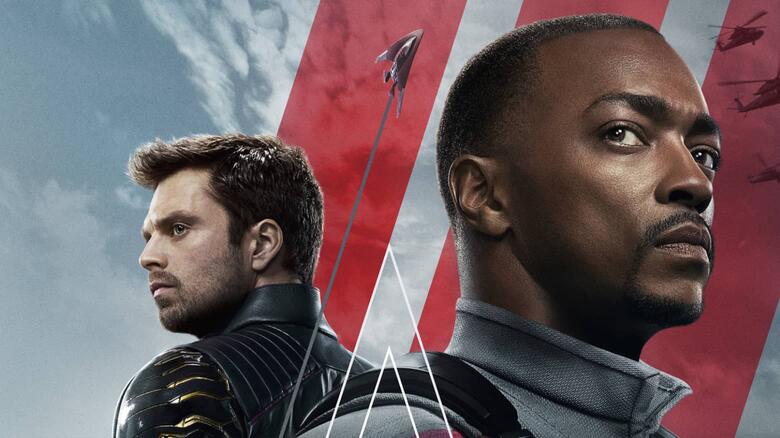 "The Falcon and The Winter Soldier" Promo Image (Courtesy Disney+)

Content warning: contains spoilers for “The Falcon and The Winter Soldier”

Marvel’s latest spin-off TV series, “The Falcon and The Winter Soldier” began airing on Disney+ March 19. Starring Anthony Mackie (Sam Wilson) and Sebastian Stan (James “Bucky” Barnes), the show picks up after the events of 2019’s “Avengers: Endgame.”
Beyond The Endgame
“The Falcon and The Winter Soldier” promises fans of the Marvel comics and the Marvel Cinematic Universe a dynamic duo of some of the most beloved characters in the fandom, and it delivers its charm and shock in equal measure from the beginning.

Sam spends much of the pilot episode trying to reconcile his identity as The Falcon, with the responsibility of carrying on the mantle of Captain America. He is shown on a mission to rescue a soldier on behalf of the Air Force, wearing the characteristic wings — the earlier concern of Captain America’s shield is temporarily abandoned in favor of a battle in the air.

Back on the ground, a new enemy called The Flag Smashers has risen since the blip, deciding that life was better when Thanos wiped half of humanity from existence in “Avengers: Endgame.” Upon hearing this news, Sam replies to a colleague, “Trust me, every time something gets better for one group, it gets worse for another.”

The episode delivers poignant lines such as this throughout, and they prompt thinking about deeper and relevant topics within our real world. Marvel hasn’t been one to shy away from heavier subjects in their recent spin-off series. In “WandaVision,” released earlier this year, Wanda Maximoff is seen dealing with her own issues after the traumatic events of “Avengers: Endgame.”

When Bucky makes his first appearance in the episode, he is in a therapist’s office discussing his own trauma following the final battle in Wakanda. He is now a civilian who is being pardoned for the crimes that he committed while serving as The Winter Soldier under the control of the organization HYDRA. He is resistant to tell his therapist the truth and grapples with the effects of his trauma for most of the episode.
A New Captain America
Despite the heavier tones within the episode, the pilot promises the viewer a series that is both conscious of trauma and the effects that it has on people — heroes and civilians alike — and fraught with humor that is typical in most Marvel productions.

At an early point in the film, there is a brief mention of an online theory that Steve Rogers/Captain America may have somehow wound up in hiding on a secret moon base. This small moment in the episode has sparked a flood of memes on the internet that create a sense of community and humor that is part of the Marvel Cinematic Universe’s fanbase.

For all the questions that the show answers about how more of the Avengers are coping in the aftermath of the blip and the new challenges being faced by the MCU, it leaves the most pressing question unanswered and urges the viewer directly into episode 2 wondering — who exactly is the new Captain America?

“The Falcon and The Winter Soldier” is now streaming on Disney+.