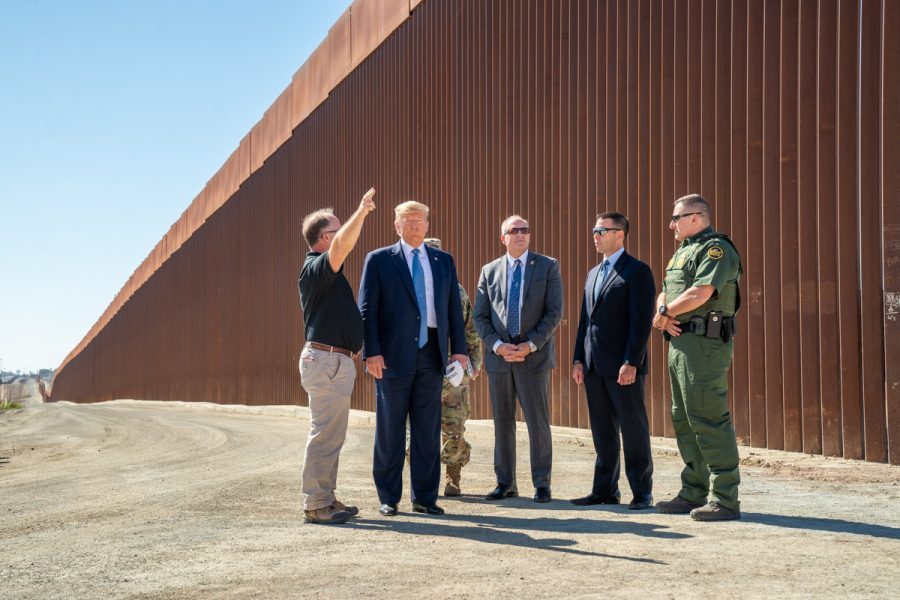 Sen. Mike Lee and other Republican leaders have blamed President Biden for creating a crisis at the United States-Mexico border with the recent increase in migration from Central America — an increase that was created by the Trump administration, whose policies exacerbated pent up demand by denying access to the US. Republicans are also eyeing this as an issue to exploit for political gain in the 2022 midterms. Congress has gotten totally off track from addressing immigration itself. Instead of talking about ways to improve our immigration system and treat migrants humanely and with respect for their human rights, our federal representatives are merely engaged in dead-end political discourse. US lawmakers need to pass real immigration reform to protect migrants and end the political exploitation of immigration.

Republicans are calling the growing number of immigrants at the US-Mexico border a “crisis,” even though this increase follows spring weather-related seasonal migration patterns. Of course, the failure of the Trump administration’s immigration policies is also a factor in the border chaos. Under Trump, migrants were turned away and families separated from one another. As migrants continued to cross into the US, this policy created the humanitarian issue we see at the border today.

Unfortunately, Biden has allowed the continuation of Title 42, the policy Trump used to turn away migrants without due process. Biden has cited COVID-19 as the reason for this decision. But American citizens can travel to Mexico during the pandemic — the spread of COVID-19 does not stop them from crossing the border. Citing the coronavirus as a reason for turning desperate people away is not a valid excuse when Americans can travel and bring COVID-19 with them when they return home from spring break.

Both Biden and Homeland Security Secretary Alejandro Mayorkas have pushed the message that migrants should not come to the US. The Biden administration has even pushed ads to some 15 million people in Latin America discouraging the journey. This message is not constructive — nor will it deter people from coming. Our national mythos is based around the immigrant story, and even today that pushes people to come here in search of a better future. Saying “don’t come” will not do anything either to prevent migration or improve conditions for those who do enter the country. Instead, the Biden administration needs to prioritize quick clearance policies for incoming migrants seeking asylum and help them move into communities instead of overcrowded facilities.

The number of child migrants detained by the US has also hit a record high, with around 15,000 children in US custody. These young migrants and their families are leaving their countries of origin for numerous reasons, such as violence, climate change and economic desperation. But on arrival to the US, migrant children face abusive conditions at the southern border. The Biden administration has even blocked access to facilities operated by US Customs and Border Protection and the Department for Health and Human Services, the government agencies responsible for detaining migrants, and limited access for press and independent oversight groups to verify humane conditions. Mayorkas has said that the detention centers are “no place for a child.” Biden, like President Obama and President Trump, is also detaining 3,000 children for longer than the legal limit, and having them sleep on gym mats. The children also lack access to proper hygiene care and, unlike most American inmates, are not allowed to go outside.

Immigration is always a contentious issue, and that tension is only heightened during election years. Republicans are poised to campaign on promises to reduce immigration in 2022. Meanwhile, Biden is making his predecessor’s exact errors in his efforts to contain and address our broken system — and migrants, including thousands of children, are suffering inhumane conditions because of our political conflict about what to do with them. Immigration reform is absolutely urgent. If human rights aren’t reason enough for our leaders to act, it’s nothing short of embarrassing that a country that centers its narrative around its immigrant origins now denies immigrants access to that narrative and the resources it demands. So instead of holding migrants as political hostages, US leaders should be building an immigration system that welcomes people with open arms — not a locked door.