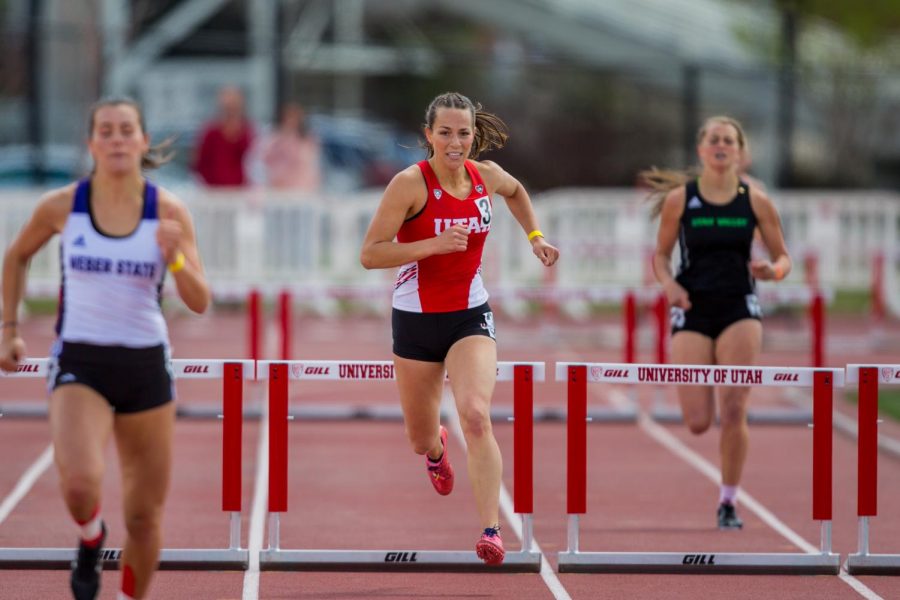 This past weekend was a special one for the University of Utah Track and Field team as they hosted their lone home meet of the season, and they honored and celebrated the seniors from the classes of 2020 and 2021.
Day 1
To kick off the tournament, the women’s long jump event was first. Delaney Gates started the momentum for the Utes by posting a 5.35m jump, which was her second-best jump of the season. Next, during the javelin event, Regan Crofts threw a season-best of 40.18m and landed second place in the event.

In the 3000 steeplechase event, Natalie Platil ran a 12:12.05, which placed her in second for the event. The final event of the first day was the 5k where Astrid Lindgren placed second with a time of 19:11.50.
Day 2
The second day of the tournament was extremely successful as school records were broken, PRs were set and there were several wins in events. The first event of the day was the 4×100. The Utah team consisted of Lauren O’Banion, Jackie Martin, Maya LeBar and Kelsie Davis, and they broke the school record with their time of 45.67.

The second event of the day was the 1500m event where Karli Branch, Morgan Jensen and Sara Leonard all competed for Utah. Branch finished with a time of 4:41.96, placing second in her heat and fourth overall. Jensen and Leonard finished with times of 4:52.14 and 4:54.44, respectively.

Rachel Whipple made her season debut in the 4×400 event and ran the first leg of the event in the team with Martin, Davis, and Annie Murdock who finished in 3:43.33 — beating the “B” team of Mathewson, Skyler Blair, Brooklyn James and Jasie York.

It was an extremely successful weekend for the Utes where the athletes competed hard and set new school records. The next tournament for the track and field team will be in Las Vegas for the Silver State Classic on April 17.