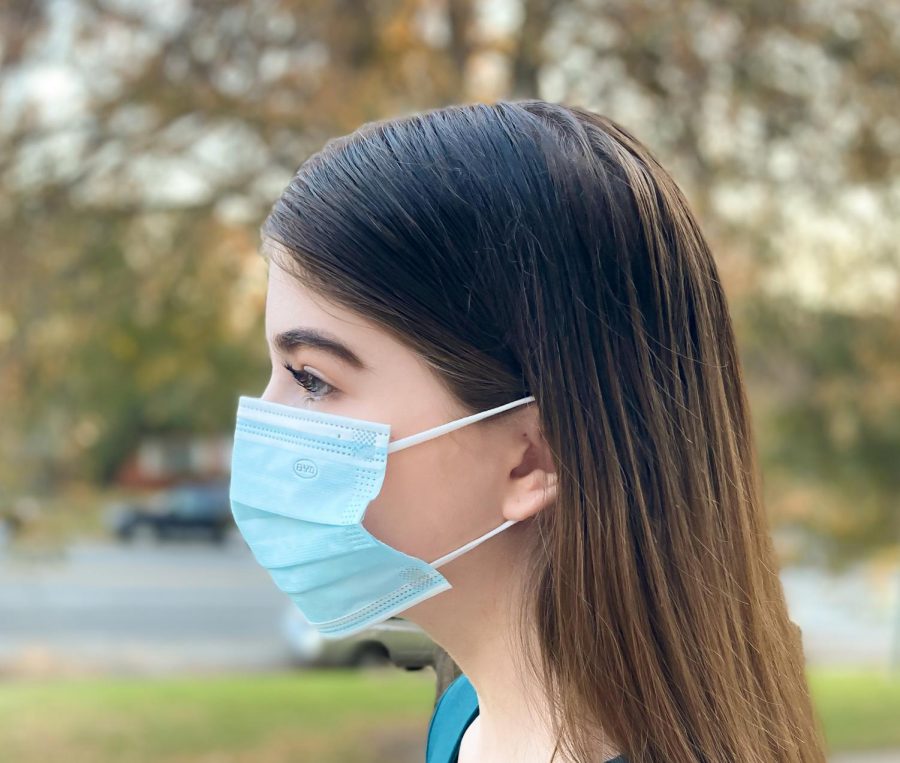 With the signing of H.B. 294, also known as the pandemic “endgame” bill, Gov. Spencer Cox announced the statewide mask mandate would be lifted starting on April 10. However, things in Salt Lake City and at the University of Utah will remain mostly the same.

“Face coverings will continue to be required in all university-owned and-operated buildings based on public health guidance from the state, CDC, and University of Utah Health after the state’s formal mask mandate ends on April 10,” said Christopher Nelson, communications director at the U, in an email statement.
Students’ Thoughts
Sanila Math, a junior majoring in anthropology, said she believes the statewide mask mandate is ending too early.

“As much as I would love to live in a world where we don’t have to wear masks again, I just feel that our campus community is nowhere near ready to start doing that,” Math said.

Ryan Park, a junior studying health society and policy, said he is concerned about the impact lifting the mask mandate could have for Utahns who may not be able to stay home.

“I’m lucky enough to be in a position where I don’t really have to go out and interact with a lot of people. A lot of stuff I can do is all virtual or with limited amounts of contact, but a lot of people in the service industry and small business owners who are pretty much the heart of Utah’s local economy are really at risk of being exposed to people,” Park said.

Asia Brown, a junior studying communications and international studies, said she is concerned about the mask mandate lifting because not all Utahns have been able to receive the vaccine yet.

“We don’t have that much of the population that far along in the process, and because of that, I think it’s just weird to start lifting such easy precautions when we’re not past the point of herd immunity achieved by vaccines,” Brown said.

Approximately 27% of Utahns have been fully vaccinated as of April 12, with over 1.6 million total vaccines administered.

Tayla Chiang, a sophomore studying biology, shared that many of her friends have had difficulty getting vaccine appointments now that all Utahns ages 16 and older are eligible for the vaccine.

“It’s not fun wearing masks, but we’re doing it to protect people and everything,” Chiang said.

Taylor Alexander, a junior studying environmental sustainability and strategic communications, shared that while he believes lifting the mask mandate to be premature, he doesn’t think much will change in Salt Lake City.

“I don’t see a whole lot changing with mask-wearing, at least not anytime soon, and especially not on campus or in Salt Lake and going into stores,” Alexander said.

Ammon Rex, a junior majoring in electrical engineering, said that while he believes the mask mandate was an unfortunate necessity at the beginning of the pandemic, he is excited for the mandate to end and to interact with others more.

“Now that we’ve got the vaccine out… what’s more important now is getting people back into the work field, helping people pursue an education, and just continue on to grow and develop,” Rex said.

Rex added while not everyone has been vaccinated, he believes at-risk individuals have had the chance to get vaccinated already.

“I personally feel like anybody who needs it has gotten it,” Rex said. “We still need to keep getting vaccines out and giving it to people, but I don’t think we need to be living in fear or keeping ourselves from doing other important parts of living life just because not everybody is vaccinated.”