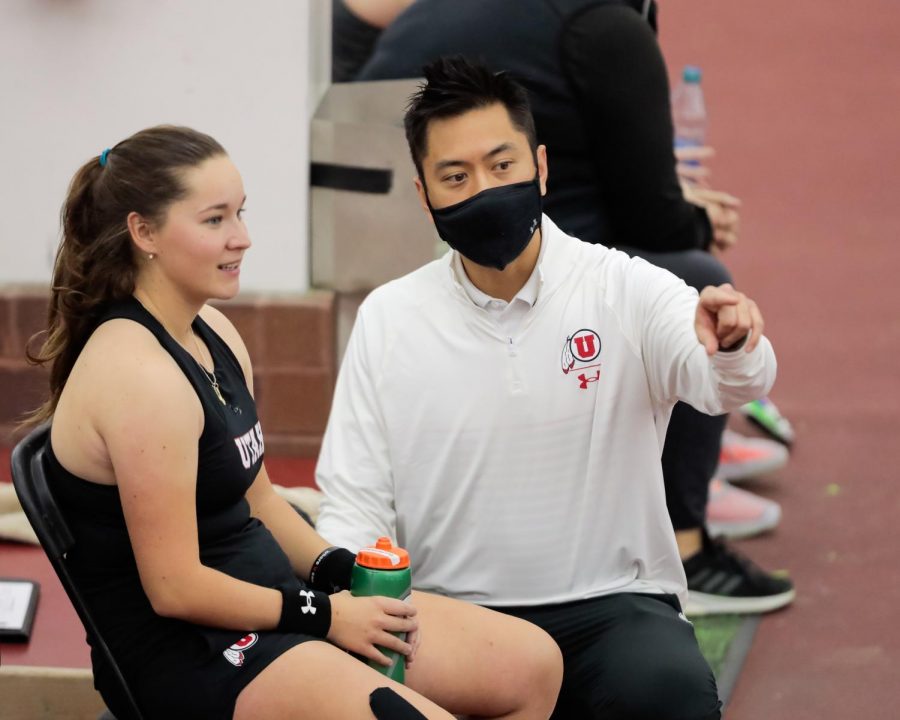 The University of Utah tennis teams went 1-1 over the final weekend of competition.
Men’s Tennis
This week, the University of Utah men’s tennis team played two matches. On Thursday, April 15, the Utes welcomed San Francisco to the George S. Eccles Tennis Center for an out-of-conference matchup. The Utes were triumphant in this match, 6-1. For the final match of the week, the Utes traveled to Provo to face rival BYU for in-state bragging rights. On Saturday, April 17, the Utes lost to BYU, 4-1.

The Utes played very well against San Francisco and captured a nice victory. However, the day started well for San Francisco. They bested the Utes in the doubles section as Francisco Bastias and Slava Shainyan lost their court one matchup 6-4. Geronimo Busleiman and Mathias Gavelin also lost 6-4, giving the doubles point to San Francisco.

The Utes bounced back for a dominant singles performance. Franco Capalbo nearly shut out his opponent on court one, winning in straight sets, 6-0 and 6-1. Shainyan and Busleiman also won their matches in straight sets, albeit slightly more contested. Busleiman had to win a tiebreak in the second set to secure the point for the Utes. Bastias, Gavelin and Bruno Krenn also played great and won the final three points for the Utes. The match ended as somewhat of a blowout.

The week was much, much worse on Saturday as the Utes battled BYU. The day actually started well for the Utes as they decisively won the doubles portion of the match in what we all hoped to be a trend for the rest of the matchup. Capalbo and Luis Flores teamed up to win their match, and Busleiman and Gavelin followed suit.

The match fell apart for the Utes in the singles portion. Capalbo could not follow up his stellar doubles performance and fell to his BYU counterpart in straight sets. Gavelin also lost his match in straight sets. Shainyan and Krenn both put up a fight but lost in tiebreakers in the second set. At this point, the four points that BYU needed for the victory had been secured. The Utes will have to wait until their next matchup to get revenge.
Women’s Tennis
The Utah women’s tennis team only played in one match this week. On Friday, April 16, the Utes lost to conference opponents Colorado, 4-1. This was their final match of the regular season.

Again, the Utes played excellently in the doubles section. Anastasia Goncharova and Emily Dush shut out the Colorado team 6-0 while Lindsay Hung and Madison Tattini won 6-2. Madeline Lamoreaux was leading in her doubles match, but she could not carry the form into her singles matchup and lost in straight sets. Dush played a marathon match but eventually lost in a heartbreaker third set tiebreak. Both Hung and Anya Lamoreaux lost in straight sets to give Colorado the victory.
Up Next
The women’s regular season ended with their match against Colorado. The Pac-12 Championships will begin on Friday, April 23. If the Utes advance, they will play the quarterfinals on Saturday, the semifinals on Sunday and the championship on Monday. These matches are available to stream through Utah Tennis Streaming. The men’s team has one more match on Wednesday, April 21, against Weber State, before the Pac-12 Championships, played on the same days as the women’s matches. These matches are also available to stream through Utah Tennis Streaming.