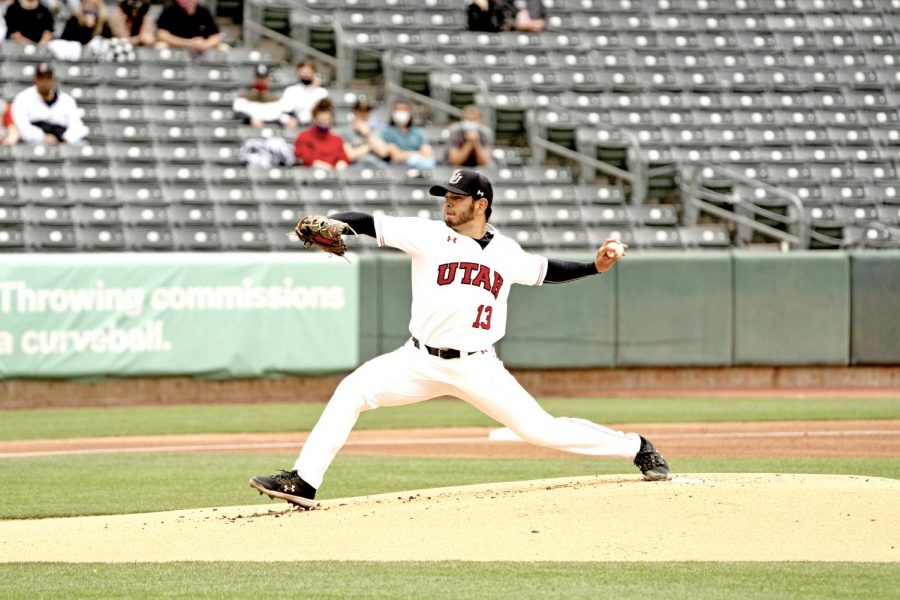 The University of Utah baseball team stayed home to host the Arizona State University Sun Devils in a three-game conference series over the weekend. This series will be the last Utah plays at Smith’s Ballpark this season, save for a midweek game against Utah Valley University on May 12, when Utah will celebrate senior day. Coming into the series, Utah won a midweek game against UVU on Tuesday, April 20 with a statement 14-1 run count. ASU was coming off a two game series they split with Grand Canyon University.

In the first game of the series, instead of starting traditional Friday night starter Justin Kelly, the Utes opted to put redshirt sophomore Zac McCleve on the mound. Until now, McCleve was brought in as relief or a closer — this weekend marks his first career start for Utah. McCleve pitched for two innings, allowing two hits and no runs before Kelly was brought in for four.

Utah got started at the plate in the second inning with back to back walks from Rykker Tom and Shea Kramer. Jaylon McLaughlin singled to left field to score Tom to put Utah up one. Utah repeated the effort in the third, fifth and sixth, but a three-run sixth inning for ASU tied the score at 4-4. ASU put up one last run on in the ninth and Utah went three-up-three-down to drop the game 5-4.

In game two Utah found themselves in the hole early after giving up three runs to the Sun Devils in their first at bat. The Utes answered with two of their own in the second. Christopher Rowan Jr. and Vinny Zavolta walked to start the inning off. Kramer, who had a 3-for-3 night at the plate, doubled to bring Rowan Jr. across, followed by a sacrifice fly from Kayler Yates to score Zavolta. Utah held ASU for the third and fourth and added a run in each to tie the game 4-4. ASU held the Utes to two additional runs but put on six to take the game 10-6.

Utah would not end the weekend being swept, however. They took the lead early in the third game with a run in their first at bat when Jayden Kiernan took advantage of a walk and stolen base from McLaughlin. David Watson started at the mound for Utah. Pitching until the seventh inning, Watson allowed only four hits and kept the Sun Devils from finding the plate until the sixth inning.

ASU battled back from a 4-2 deficit by hanging four runs on Brayson Hurdsman in the ninth to take the lead. With things looking down for the Utes, Kai Roberts led off in the final at bat with a single. Rowan Jr. stepped up next and put the first pitch he saw over the wall to tie the game back up 6-6. Tom got on base next with a single and took second on a wild pitch. Wanting to avoid extra innings, Kramer put a single into center field to bring Tom across home plate, winning the game for Utah 7-6 and fending off a sweep.

Utah is off until the weekend when they head down to Tucson to play the University of Arizona Wildcats. Arizona is 27-11 overall and 12-6 in conference play and most recently swept the USC Trojans. First pitch is scheduled for 7 p.m. MDT and can be watched on a live stream produced by UA.