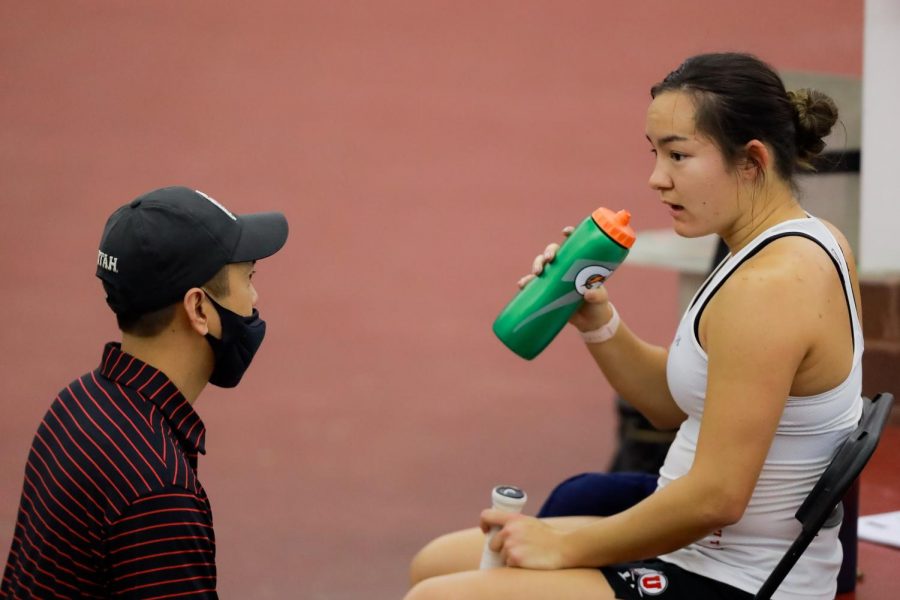 The University of Utah tennis teams faced some tough matchups in the Pac-12 Championships and were unable to come away with victories.
Men’s Tennis
The Utah men’s tennis team opened their championship run against the No. 24 ranked Arizona Wildcats on Saturday, April 24. The Utes lost this matchup 4-0.

During the regular season, the Utes played one of their best matches of the entire year against this Arizona team, and managed to pull off the upset. The Utes hoped to replicate that performance here, but started poorly in the doubles section. Fransisco Bastias and Slava Shainyan lost 6-3 on court 1. It was a tight match, however the Utes simply failed to win the crucial points. Geronimo Busleiman and Mathias Gavelin lost 6-4 allowing Arizona to claim the doubles point.

Things went from bad to worse in the singles portion. Most of the Utes’ top players lost in straight sets. Arizona only had to win 3 of the 6 potential matches to move on in the tournament. Busleiman put on a great performance in his match. It was left unfinished, but Busleiman still managed to win the first set and had a lead going into the second set. His performance was a bright spot in an otherwise disappointing day of tennis.

The Utah men’s tennis team also played Sunday, April 25 in the consolation bracket. They faced off against Oregon and lost 4-3.

The Utes lost the doubles point despite a fantastic 6-4 win from Franco Capalbo and Luis Flores on court 2. Busleiman followed up his performance against Arizona with a nice singles win on court 2. Bastias and Bruno Krenn followed suit, winning their matchups in style. Rian Ta and Gavelin couldn’t overcome the stiff competition and lost in straight sets. Capalbo’s court 1 match was the last to finish. Capalbo won the first set, but couldn’t maintain the momentum and ended up losing in a tough three set slugfest.
Women’s Tennis
The University of Utah women’s tennis team matched up with the 6 seeded Oregon Ducks. The Utes lost this match 4-0.

Oregon dominated in the doubles portion of the match, winning both matches decisively to start the singles portion. The match was decided quickly, since Oregon only needed three singles victories to claim the match. They picked up the first two on courts 5 and 6. Madison Tattini and Olivia Mikkelson both lost in straight sets. The match was decided on court 1. Madeline Lamoreaux came up short in her match and lost in straight sets. Emily Dush, Lindsay Hung and Anastasia Goncharova all left with their matches unfinished. Each player either had a lead or an excellent chance at a comeback.
Up Next
The Utah tennis teams will look to regroup over the offseason and come back as stronger teams. Many of the Utes’ players will be returning with improved skill sets, ready to challenge top teams. This season ended poorly for Utes tennis, but they definitely have reason to be hopeful for the upcoming season.