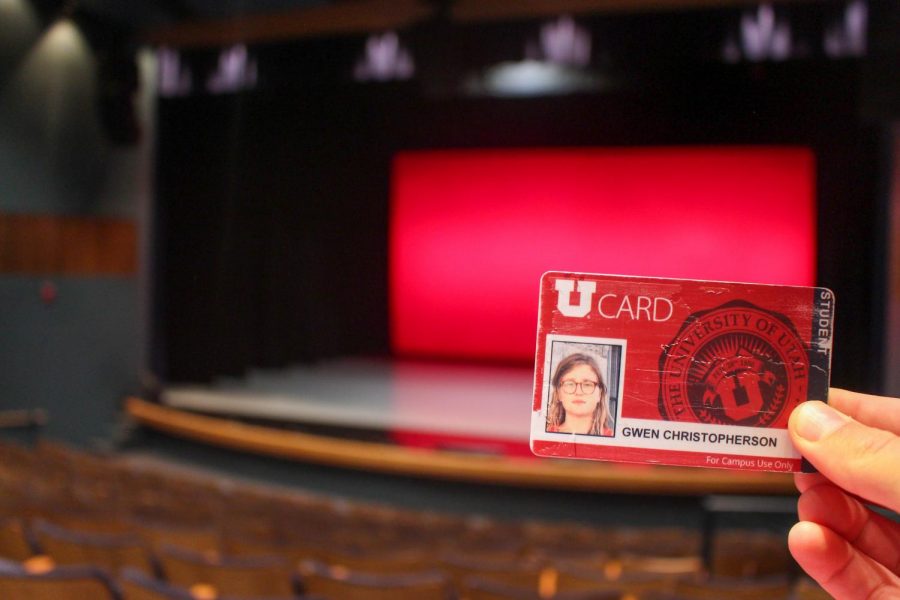 Gwen Christopherson's UID, which functions as an ArtsPass, at the U. Chronicle archives.

Something I’ve had the pleasure of covering this year is how the arts on campus have stopped for nothing: earthquakes, pandemics and more. The 2020-2021 arts season carried an undertone of resiliency that, while not diminishing the illumination of the work, colored the presentations and performances across the artistic disciplines. Looking back at the year we’ve had, art has responded to our changing world and has continued to influence it.
Checking in with the Visual Arts
In the Department of Art and Art History, the Visiting Artist series remained vibrant by streaming discussions with renowned artists across mediums. Their guest artists included Ilana Harris-Babou on sculpture, Reinaldo Gil Zambrano on printmaking and Amy Franceschini and Lode Vranken of FutureFarmers on their large-scale exhibitions that addressed societal systems — such as transportation and education.

As this series continues into the future, here is a reminder that these events aren’t exclusive to students in the College of Fine Arts — they are made accessible to students university-wide. Even now, with the use of streaming technology, it is easier than ever for you to access a virtual event anywhere and anytime.

Also, for the first time, the Union Programming Council hosted an entirely virtual Art Show through their Instagram account @yourcampuslife. Submissions were collected through the end of last October and were featured on their social media from Nov. 16-20, where a special guest from the U selected their favorites to receive prizes.

Still, physical spaces for visual art are open on campus. The Gittins Gallery was recently opened to patrons, featuring the work of MFA students in an exhibition entitled “Common Ground.” The UMFA is open to patrons via reservation with “Black Refractions: Highlights from The Studio Museum in Harlem,” which will remain open on-site until April 10, and this exhibit has a digital experience that can be viewed by patrons as well.
Tuning in to the Performing Arts
In October, the annual Film and Media Arts Film Festival made a natural modification in response to safety guidelines — turning their showings into drive-in movies. Almost a dozen movies created by film students were featured in this creative setting in the stadium and drew crowds of cars to watch.

Dance performances continued to be conducted in a hybrid of digital and physical space, with masked and distance dancers being featured both in the Marriott Center for Dance and through various Screendance presentations. The Screendance program on campus is a beautiful collaboration between the School of Dance and the Department of Film and Media Arts to produce stunning visual performance pieces.

The Department of Theatre began streaming their productions live this season, with “The Night Witches” and “Henry V” performed by casts of actors streaming from their separate living spaces. Both of the shows this season — their production of “Songs for a New World” was recently canceled — presented works that felt incredibly ensemble-based, even while done remotely. Local playwright Rachel Bublitz assisted in taking the all-female cast of her play “The Night Witches” to Zoom with University of Utah professor and Director Alexandra Harbold, while “Henry V” featured guest director Stephanie Weeks’ adaptation of the show — where every actor embodied the titular role in different scenes.

Additionally, the School of Music continues to stream its concerts from the David Gardner Hall. With several accolades and alumni accomplishments this year — including work on Disney’s recent release “Soul” — musicians are continuing their craft in ways that audiences everywhere can access.

While this academic year has been taxing with all the changes made to our campus life, students involved in artistic disciplines have been involved on and off-campus in their passions and professions. COVID-19 has changed the arts, but the U is still going strong.