Utah Baseball Takes Three Losses in Series Down in Arizona 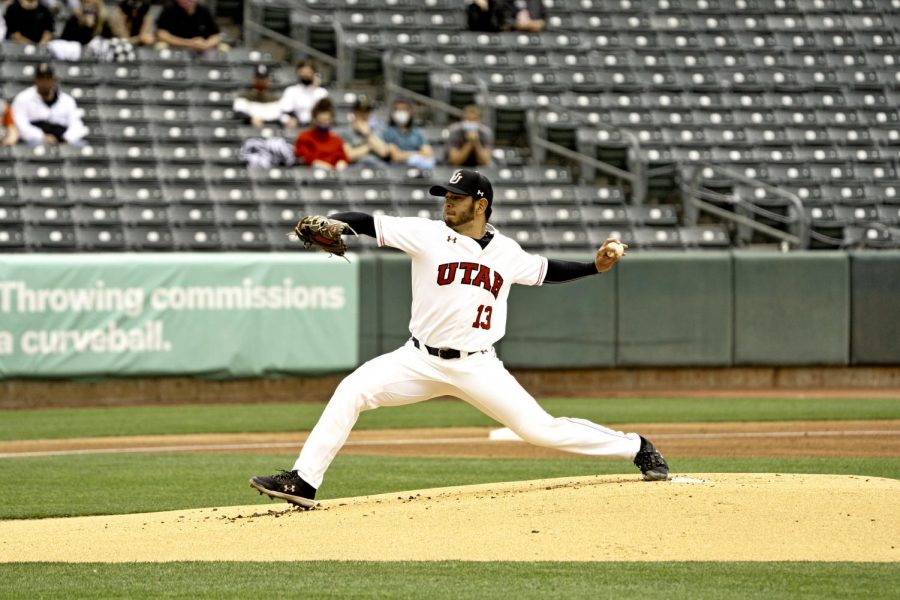 The University of Utah Baseball team took a trip down to Tucson this weekend to take on the University of Arizona Wildcats in a three-game series. Utah was coming off a home series against Arizona State University that the Sun Devils took 2-1. The Utes went down two games to start and almost dropped the third, but a homer from Christopher Rowan Jr. and a walk-off single from Shea Kramer saved the game in the ninth.

Utah would not fare as well against Arizona, dropping all three games to the Wildcats. While game two was within reach for all nine innings, the bookend games were lost by a margin of 10 or more runs. The Utes move to 5-16 in conference play, 10-26 overall.

In the first game Arizona went up early with four runs in the first, adding two more in the third. Utah put six men on base total in the first four innings without recording a hit, but none of them found their way back around to the plate. Rykker Tom got Utah’s first hit in the fifth. Trey Clarkson, Kai Roberts and Owen Mortensen recorded the teams only other hits with one each. In the ninth, Mortensen singled to right field and was followed by Clarkson with a double. Brock Rudy tried but was thrown out on a ground ball, but not before bringing Mortensen home — it would be Utah’s only run of the game in which they gave up 11.

In game two, Utah took the advantage early with a run in the first after a walk and shifty base running put Jaylon McLaughlin in scoring position. Roberts singled up the middle to bring him home. Two more were added in the second with a hit from Matt Richardson to bring in two RBIs. Utah then held Arizona to two runs for seven innings.

In the seventh, Matthew Sox was pulled off the mound when a pick-off attempt went poorly. He had only thrown 12 pitches before being replaced by Brayson Hurdsman, who struck out his first batter to end the inning. Two singles threatened Utah’s lead to start off the bottom of the eighth. With one out another single brought across the tying run. A fielding error gave the Wildcats the leading run, and after an uneventful ninth they took the game 4-3.

Utah fared worse in game three, finding themselves with an 6-point deficit by the end of the fifth inning. Utah added one run in the seventh, after allowing two more Arizona runs in the sixth to put the score at 3-10. A massive eighth inning for the Wildcats drove the last nail in for the Utes’ weekend in Tucson, putting five more on to take the game 15-3. Utah has been swept four times this season, the most recent two coming from conference opponents Arizona and UCLA. Utah went on a six game losing streak from late February into early March where they were dealt back-to-back sweeps by Loyola Marymount and Arizona State in a non-conference series.
What’s Going Well
Things are not going Utah’s way in the 2021 Pac-12 baseball season, but there are some bright spots in the darkness. Utah is developing hitters. For example, Kramer’s batting has been improving — while he was 1-5 in the last game of the most recent ASU series, he made his one hit count to put the Utes up 7-6. He has a season batting average of .241, which is middle of the pack team-wise, but in the last three games before facing Arizona, he led the team with a .545 BA with six hits, two runs and five RBIs.

Individual pitching stats are on the rise for a few breakout players. Redshirt sophomore David Watson has excelled in his role as a third game starter at the mound. He is third in strikeouts with 26, behind only Justin Kelly and Kyle Robeniol. His most recent win came against ASU where he recorded six strikeouts. A bad outing against Arizona brought his season ERA up to 5.70 from 3.93, but this young pitcher is showing signs of leadership from the rubber.

Redshirt sophomore pitcher Matthew Sox has the team’s best ERA at 1.98, allowing two earned runs in his nine innings pitched. His most recent appearance before Arizona was an efficient two-inning residence on the rubber against ASU where he racked up four Ks, totaling 24 for the season.

Utah’s next matchup is the first they will play in Ogden after scheduling conflicts made future games at Smith’s Ballpark impossible for the rest of the 2021 season, save a Wednesday night game with UVU. In Ogden, Utah will host the University of Northern Colorado Bears in a Saturday to Monday series. UNC plays in the Western Athletic Conference in baseball and their performance in 2021 mirrors that of Utah’s. The Bears are 11-26 overall and 7-17 in WAC play, but they are 4-4 in their last two series. First pitch is scheduled for 6 p.m. MDT on Saturday, May 8.