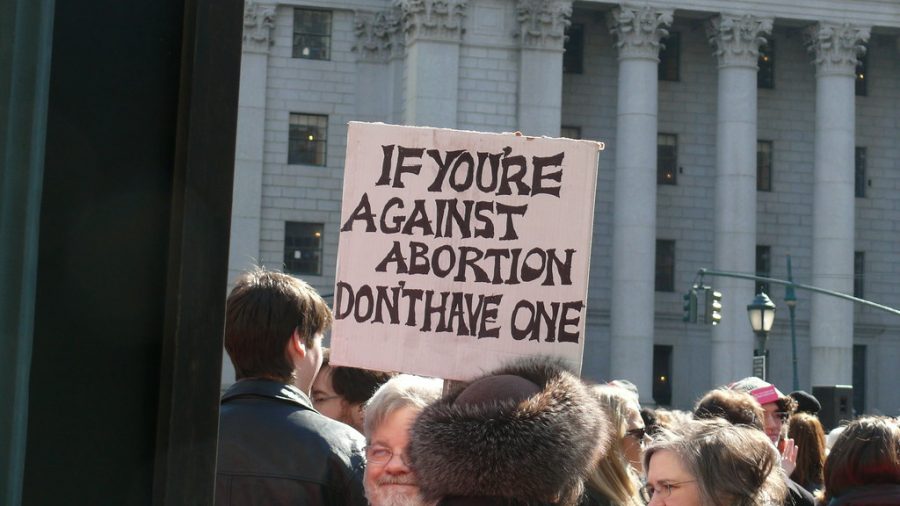 Across the country, pro-life advocates have made significant strides to infringe women’s reproductive rights. Most recently, Utah has taken steps to criminalize abortion after 18 weeks. However, most of these laws allow abortions in the case of rape or incest. A woman may receive an abortion even after that 18-week deadline if she reports her experience. These individuals are exceptions to the current law. If Roe v. Wade was overturned, these individuals would be the only ones allowed to have abortions at any time during pregnancy. Allowing those who have been through traumatic experiences to have more time to decide about their health seems merciful, but ultimately doesn’t help.

Pregnant individuals are forced to go through the long, toxic process of reporting to the police to prove that they have been a rape or incest victim. They may be subjected to physical examinations, interviews and additional reporting. If any of these steps are not correctly verified or incomplete they may not qualify for an exception. Only when women report with sufficient evidence will they receive an exception. These abortion exceptions are disguised barriers for pregnant individuals — another pro-life attempt to undermine their choices.

Affordability and access are serious issues as there are only three abortion clinics in Utah. Low-income individuals are restricted because insurance usually doesn’t cover abortions and the 18-week deadline presents a significant time constraint. This makes it hard for women who have irregular periods and don’t notice early pregnancy symptoms.

Rape and incest statistics in the United States are bleak. One out of six American women have been a victim of attempted rape or rape in their life. At the University of Utah, rape reports skyrocketed by almost 70% since 2018. And yet, rape victims have some of the lowest reporting rates. This is because many women know their assailants and experience victim-blaming. Additionally, over 94% of women experience PTSD at least two weeks after being raped and struggle to find the strength to report. Some women are in abusive relationships, and it is simply safer to stay quiet. The issue is more complex for victims of incest, many of whom are children.

Reporting a crime and going through the judicial system is a long and taxing process, especially while pregnant and thinking about an abortion. In the United States, rape has notoriously low prosecution rates and even lower conviction rates. Historical evidence shows that police do not take victims of sex crimes seriously. This is why some women don’t report, as it is an extra, costly step that usually ends in little to no justice. I spoke with Rep. Jennifer Dailey-Provost of Utah, who strongly opposed the abortion exceptions. She said, “If nothing is done when these crimes are reported … why is the burden of proof on the victim?”

As a woman who has experienced sexual violence and a friend to many survivors, I can attest that this issue is extremely complex. As a victim, you face scrutiny even without reporting. It is taxing to your mental, physical and emotional wellbeing. People who experience sexual violence are more likely to develop depression, face drug abuse and experience suicidal thoughts. “No woman should have to prove that she was raped,” Rep. Dailey-Provost said. “It shouldn’t be a requirement to access necessary health care.”

The PTSD war veterans experience has been well-documented but sexual violence PTSD hasn’t. Utah’s continuing problem with rampant sexism shows its lack of prioritization. Rep. Dailey-Provost spoke about sexism in Utah, and why it is essential to address rape and incest to make the world a safer place for women. “It might be useful to look at what we are doing or not doing that is perpetuating the rise of assault and rape,” she said.

Allowing women to have an abortion only when they have been sexually violated is backward and unjust. Women should not be forced to go through the traumatic judicial process of repeating their stories simply to have the choice of an abortion. Pregnancy is a decision that impacts a woman’s physical and mental wellbeing for the rest of their lives. Women who had no choice in the matter should not have to prove to anyone that they deserve their own bodily autonomy.