The Daily Utah Chronicle • May 9, 2021 • https://dailyutahchronicle.com/2021/05/09/up-and-coming-artist-toosii-talks-new-mixtape-thank-you-for-believing/ 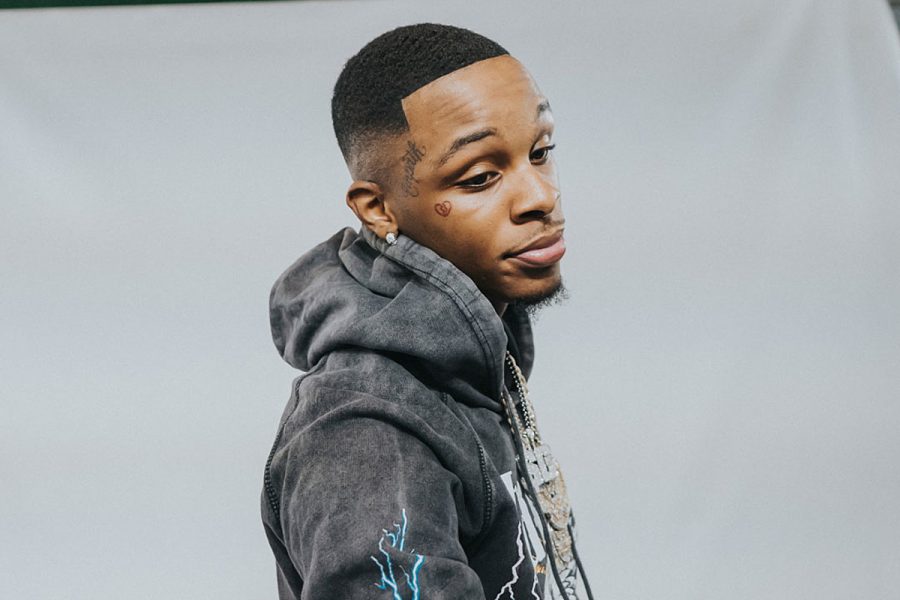 After his biggest year yet, it’s clear that Toosii’s momentum will continue as his highly anticipated mixtape “Thank You For Believing” dropped on May 7. It’s been an incredibly successful year for the young rapper who just turned 21 at the beginning of the year. In a press conference earlier this week, Toosii shared details about this release, his personal history and even showed us his favorite pajamas, which he wears while recording.
Music as a Coping Mechanism
Growing up homeless with a single mom in upstate New York, things were tough for Toosii. Violence in his neighborhood and the death of his grandfather exacerbated these difficulties and had him looking for a way to cope, so he turned to music. At 17, he dropped out of school to pursue music full-time and has been working hard for the last 4 years to make his dreams become a reality.

After signing with the world-renowned Universal Music Group in the early part of 2020, the world was rattled by the COVID-19 pandemic. Despite the constraints on musicians this year due to the pandemic, Toosii rose to the challenge and continued to write and release music through it all. He said in the press conference that this year has made him hopeful about the future. If he could make it this year, he knows the next one will be a breeze.
Personal Tracks and Heartfelt Lyrics
Toosii says his courage to be vulnerable came from being raised by his mom and growing up under the guidance of his grandmother and other influential women. He said this helped him become the kind of person who isn’t afraid of their feelings but faces them head-on. He’s displayed these values in each of his songs and it’s easy to see that the stories he tells come from the heart.

Toosii’s music and philosophies about life are in perfect harmony, and he says his biggest focus is on making a positive change in the world. He records his songs by free-styling, which makes them each unique, allowing him to say what he feels and tell stories that change as he moves through life. This way of thinking is echoed in his aforementioned recording pajamas — a fuzzy robe with the words “trust the process” written on the back.
“Thank You For Believing”
The newest project for the artist is his most ambitious yet and aims to reflect some of the gratitude he’s felt toward his friends, family and fans that have been there for him since the beginning. Though based in Raleigh, North Carolina, Toosii has fans across the globe and makes a point to try to engage with all of them, whether in person (when possible) or on social media.

“Thank you for Believing” features 13 songs, some of which he has already teased on Instagram. He has also managed to sell nearly 10,000 autographed CDs for the release, despite the fact that compact disc sales have plummeted across the board for music, movies and other media since their peak in the early 2000s.

There’s no doubt that this talented young artist has a long, positive career ahead of him and will continue to make a name for himself in the years to come. The digital version of “Thank You For Believing” and more info about the artist is available here.