The Daily Utah Chronicle • May 15, 2021 • https://dailyutahchronicle.com/2021/05/15/u-operas-rigoletto-prevails-amid-restrictive-circumstances/ 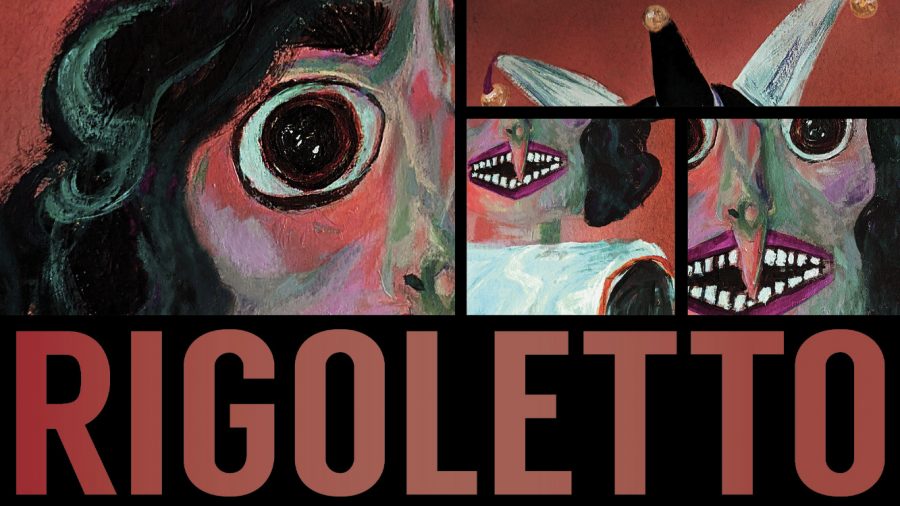 A spotlight shines on a dark eerie stage. Giuseppe Verdi’s ominous score fills the air. A crumbled figure rises out of the darkness. A court jester, deformed, defeated, disgraced. He begins to belt a tune in a tongue only the gods can understand. Well, the gods and the Italians.
Opera Online
The University of Utah’s U Opera has risen above the complications of COVID-19 to bring us their rendition of the famous opera “Rigoletto.” Due to restrictions brought on by the pandemic, this performance looked a bit different than your average opera. Performers wore masks and sang not for an audience, but for a camera. On the necessary adaptions, director Dr. Robert Breault said, “Singing in a mask is a singer’s nightmare … We had no audience in the house and no orchestra in the pit … Most of our voice lessons were done online and we even rehearsed outdoors. The obstacles have been numerous and serious and yet, our passion to tell the story will not be repressed!”

Now admittedly, this is the first opera I have ever seen and my frame of reference may be skewed, but I felt the passion for the beauty of Verdi’s opera was ever present. Coming in as an amateur, I was worried that I would be alienated and confused, but instead I felt welcomed. The set was simple, the costumes wonderfully made and the music beautiful. Most inviting of all was the glorious performance by John Allen, who took my hand and led me through the tragic tale of Rigoletto.
Performances that Stood Out
Allen played the titular role of the deformed court jester and gave an absolutely gripping performance. Even behind a face mask, Allen, eyes wide, beautifully emoted the tragedy and loss of his character through facial expression and song. His voice felt almost supernatural. Having never experienced an opera, I was completely blown away by the strength and stamina of his voice.

While Allen stole the show for me, he was also aptly aided by a wonderful supporting cast. Another notable performance was Mishelle Cipriani playing the role of Gilda, Rigoletto’s daughter. Their chemistry on stage was brilliant and moving. Each scene they shared stood out immensely as they brought their characters to life. Although the rest of the ensemble put in a valiant effort, for me, it was Allen and Cipriani that kept me on the edge of my seat.

In all honesty, I was shocked at how much I enjoyed “Rigoletto.” Going in, I was a touch apprehensive due to my inexperience with the art form. I am happy to say that a flame was lit in my heart and I am completely hooked. If you ever have the chance to view a performance from U Opera, I urge you to jump at it. Look around the audience while you’re there — you bet your bottom dollar I’ll be in the front row.