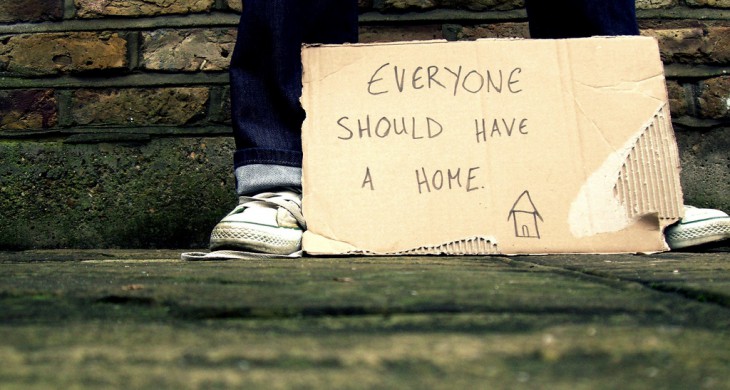 By Theadora Soter and Will Shadley

For Salt Lake City’s 512 chronically homeless individuals, certainty doesn’t exist. They don’t know when their next meal will be, where they’ll spend a cold winter night or how they’ll be able to replace their worn-out pair of socks. When your daily needs are this difficult to meet, planning for the future becomes nearly impossible. Dave Durocher, the executive director at The Other Side Academy, knows this from experience, which is why his organization is working with Salt Lake City to create The Other Side Village. The village would consist of tiny homes fully equipped with a bathroom, a kitchen and, most importantly, as Durocher says, “a community where they’re safe, have a roof over their head, and have people living there that are going to help them through a lot of their issues.” Durocher’s right: the Other Side Village has the opportunity to be a meaningful and empowering home for Salt Lake City’s unhoused population, and it also could serve as a valuable asset to the Salt Lake community at large, if we let it.

The Other Side Village will be an amalgamation of the best aspects from different tiny home villages across the world, including the Community First! Village in Austin, Texas. Similar to Salt Lake’s efforts, Community First! greatly emphasizes the importance of community building within its residents. They do this by creating shared spaces and providing various services and activities like an amphitheater and workshops that encourage community bonding. Additionally, Community First! Village is almost entirely run by its community members. Whether it be janitorial duties, running the farmers’ market or working in the car service shop, they manage it all. As a result, each resident can work and pay for their housing while attaining a deep sense of pride and purpose.

Eden Village, another village Durocher and the city visited, differs from Community First! as it prioritizes independence before community. Unlike Community First!, Eden provides each resident with their own bathroom and kitchen, an aspect that The Other Side Village finds important. While the team plans to visit Spain later this year to look at another tiny home village, they’ve already deemed both the autonomy found at Eden village and the collectivism found at Community First! as goals for The Other Side Village. The homes should be “something we would be willing to live in ourselves,” Durocher said. With multiple tiny home villages already in existence, Salt Lake has the advantage of “not reinventing the wheel, just trying to make it a little rounder.”

Salt Lake City still hasn’t decided on a location for the proposed 30-40 acre community, yet the success of the project, in many ways, hinges on that decision. While the people living at The Other Side Village will be residents of the village, it’s important to remember that they’re also Salt Lake City residents. That said, the goal of The Other Side Village is not to have residents move out of the village; they should still be able to have meaningful interactions with others in the community at large. An important aspect of integrating into the greater community is proximity and familiarity with the area. The most obvious locations for the village places it on the outskirts of town, where acres of undeveloped land can be easily found. But without access to cars or public transportation, residents of The Other Side Village will have no way to travel to other parts of the city, and vice versa. The community will remain just as ostracized, stigmatized and forgotten as our homeless population is today.

Instead, a central location, within the bounds of the city, would facilitate a deeper connection between the homeless population and the rest of the Salt Lake City community. By opening up The Other Side Village’s farmers’ markets and artisan shops to everyone, not only will people be able to provide financial support, but they will start to recognize the instrumental and inherent value of the village as a whole. Rather than being subsidized by the state government, The Other Side Village would act as a self-sustaining project that gives more than it receives.

While The Other Side Village is an ambitious plan to house 400 to 500 of Salt Lake’s most vulnerable individuals, it is not the only solution needed to fight the battle against homelessness. Poverty is complex and multifaceted. It cannot, and will not, be solved by even the most successful initiative. In a world marred by uncertainty, the only thing that is certain to address homelessness is to afford those experiencing it the respect and dignity that we all expect. To create a more equitable, livable Salt Lake, we need to look at our homeless population not as a nuisance but as an asset that’s valuable to our community. The Other Side Village is the first step.