The Daily Utah Chronicle • May 19, 2021 • https://dailyutahchronicle.com/2021/05/19/utah-football-commitment-washington-safety-transfer-brandon-mckinney/ 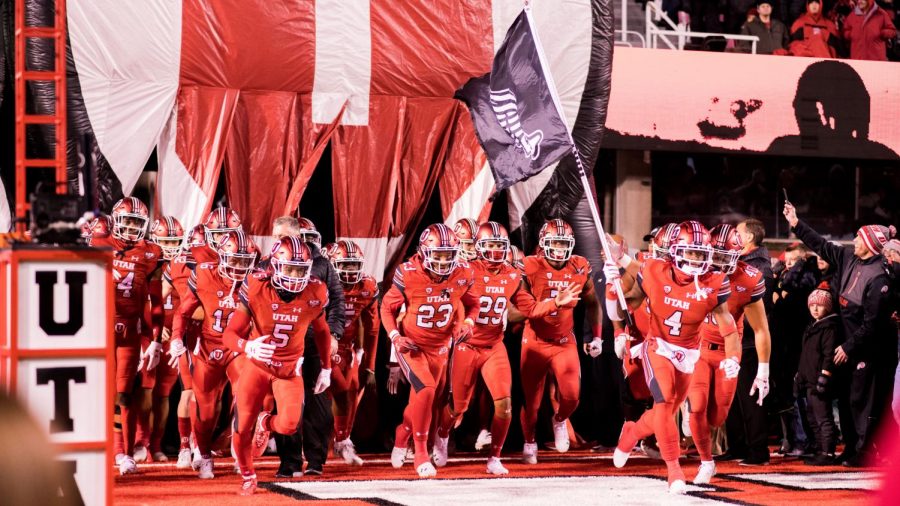 The University of Utah's Football Team storm onto the field in an NCAA football game vs. BYU at Rice-Eccles Stadium in Salt Lake City, Utah on Saturday Nov. 24, 2018.(Photo by Curtis Lin | Daily Utah Chronicle)

The University of Utah football program struck gold this week as they received a transfer commitment from a top safety prospect in Brandon McKinney. McKinney, who entered the portal in early April, has spent four seasons at the University of Washington but will spend his final season of eligibility as a Ute. He announced his intention to transfer this afternoon via his Instagram story.

McKinney’s talents and play style significantly upgrade the Utah secondary as he brings a much-needed level of experience to a fairly young group. While players like Clark Phillips III and Faybian Marks showed a lot of promise last year, the two have yet to play an entire season at the collegiate level because of COVID-19 shortening the 2020 schedule. Additionally, while the program will see the return of senior Vonte Davis, who had a breakout season last year, they will look to fill minutes that originally would’ve been played by RJ Hubert as he suffered a potential season-ending injury during spring camp and Nate Ritchie, who is currently serving a two-year LDS mission.

In four years at Washington, McKinney recorded 40 tackles, 25 of which were solo. He also had one tackle for loss, one pass defended and one forced fumble. While McKinney hasn’t seen a lot of in-game experience, he has been a part of one of the top schools in the Pac-12 and even was a part of the 2018 squad which won the conference. Additionally, McKinney is a talented athlete, possessing a lot of speed and agility to help lockdown receivers no matter the scheme.

While Washington may be ranked higher than Utah in the early polls, McKinney is joining an incredibly talented team with their eyes set on securing their first-ever Pac-12 Championship. He will also play beneath a talented coaching staff that has produced several high-level secondary defenders over the last few years, many of whom are now making strides in the NFL.

Once McKinney finds himself in Salt Lake City for fall camp, he’ll have to earn his minutes despite his experience and seniority. Utah is a program devoted to rewarding hard work and efforts, demonstrating on multiple occasions that they aren’t afraid to start sophomores or even freshmen. However, with his experience and talents, McKinney could easily find his way into a starting position come fall.