The Daily Utah Chronicle • May 20, 2021 • https://dailyutahchronicle.com/2021/05/20/utah-football-commitment-oklahoma-wide-receiver-transfer-theo-howard/ 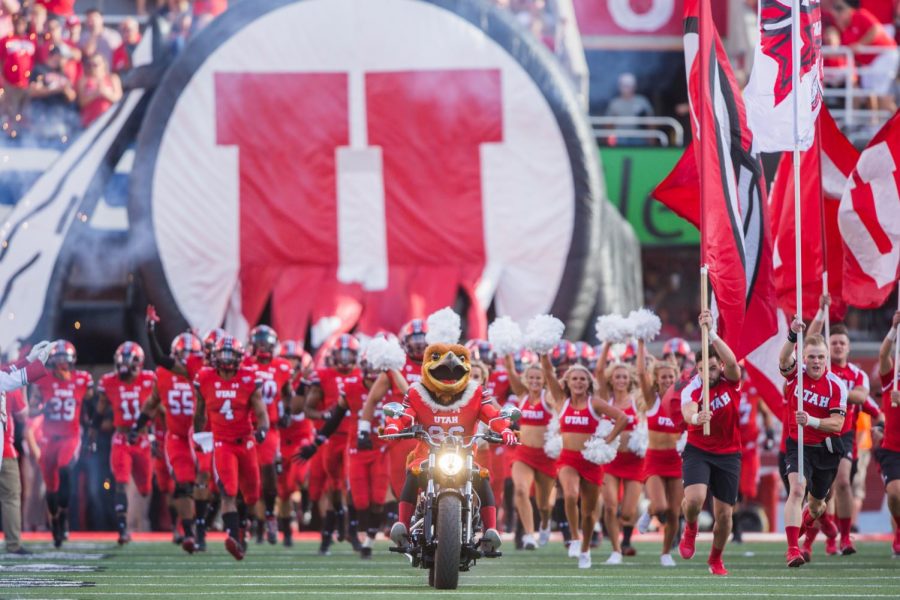 The University of Utah football team marched onto the field during the NCAA football game vs. Weber State at Rice-Eccles Stadium in Salt Lake City, Utah on Thursday, Aug. 30, 2018 (Photo by Curtis Lin | Daily Utah Chronicle)

The transfer portal has yet again shined on the University of Utah football program as they landed former Oklahoma receiver Theo Howard on Thursday afternoon, less than 24 hours after the addition of Washington safety Brandon McKinney. Utah announced the transfer news via their twitter account.

After the departure of veteran receivers Samson Nacua and Bryan Thompson earlier this year, head coach Kyle Whittingham mentioned multiple times throughout spring camp that they would be on the lookout for talented receivers from the portal. While the receiving room still possesses a lot of talent in players such as Britain Covey and Solomon Enis, Howard brings much needed experience as this will be his fifth season at the collegiate level.

Howard, standing 6-foot and 180 pounds, was originally a four-star recruit out of high school according to 247Sports. He was also heavily recruited, receiving multiple offers from Pac-12 schools but ultimately signed with UCLA. In three seasons with the Bruins he recorded 119 receptions for 1,359 yards and nine touchdowns. While he would’ve played a fourth season, Howard endured a season-ending injury, sidelining him for 2019 and ending his time with UCLA as he would transfer to Oklahoma the following year. In his one and only season with the Sooners, Howard recorded only 13 receptions for 163 yards.

In addition to his vast experience, Howard is a great athlete with solid speed and consistent hands. His bread and butter is running routes to perfection — whether it’s with the intention to block or find himself on the end of a pass, he constantly illustrates a high level of composure. Additionally, UCLA would often utilize him on shorter routes, finding him in situations where they needed to pick up a few yards in a hurry.

With this addition, Utah seems to be all-in this season as they attempt to take the conference by surprise and clinch their first ever Pac-12 Championship. The transfer portal has been very good to the Utes lately as they’ve added several highly experienced players on both the offensive and defensive sides of the ball. As they continue to upgrade their roster, don’t be surprised if they snag a few more players from the portal, specifically receivers as Whittingham has mentioned on multiple occasions that they still need one or two more players at that position.