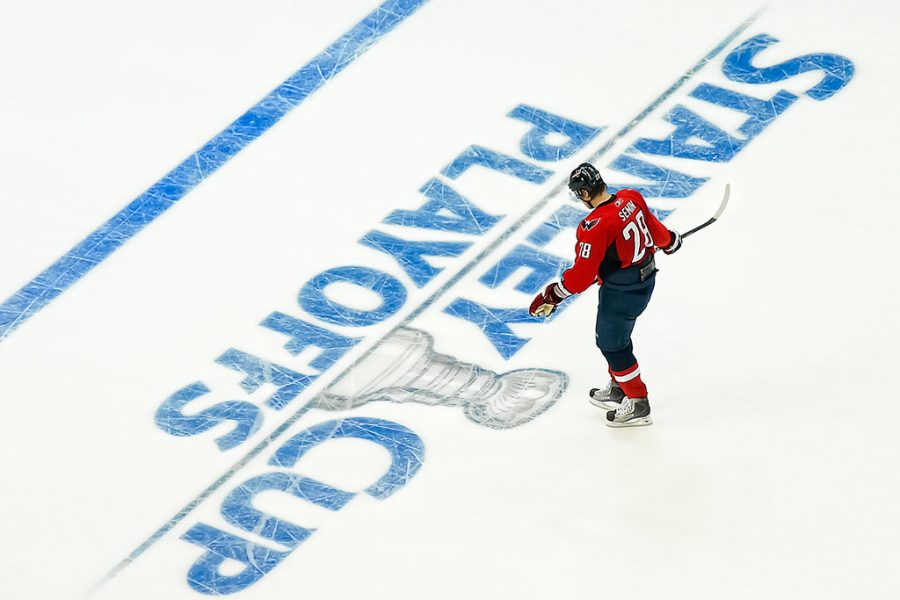 The NHL playoffs provide some of the most entertaining sports moments on the planet. Playoff hockey is a totally different product from the games that take place in the regular season. It’s a faster, more physical game that never lacks excitement.

This year’s playoffs have been even more physical though. In 2021 the NHL decided to play its season only within divisions, meaning, teams in each division played each other a whopping eight times during the regular season. Safe to say, these teams got to know each other and a playoff intensity was established even earlier in the year.

For example, the Colorado Avalanche, now three games deep (3-0) in their series with the Saint Louis Blues have now played the Blues 11 times this year. The way the playoffs have been set up this year is every division will play itself yet again in the first two rounds. Then, when each of the four divisions has a title, they will be reseeded by regular season points and put into a final four of sorts to play for a chance at the Stanley Cup.

Three games into most series in the playoffs at this point, here is what we know about the NHL playoffs.

The Bruins look like a team with eyes only for Lord Stanley. The first three games of the Boston Bruins-Washington Capitals series ended up in overtime, but the Bruins currently hold a 3-1 lead and look poised to advance to the next round.

Nine players have scored goals for the Bruins and trade deadline acquisition Taylor Hall is one of them, scoring two goals thus far for Bean-Town.

Sidney Crosby is still probably one of the best players in the game of hockey. While players like Nathan MacKinnon and Connor McDavid certainly still have something to say about this claim — MacKinnon currently leads the playoffs in goals with five — Crosby is still a nightmare on the ice and draws a ton of defensive attention.

While his points may not show it thus far, the Penguins have played extremely well due to the ice that Crosby opens up every time he steps on the rink. Trade deadline acquisition Jeff Carter has been great for the Penguins who currently are in a 2-2 tie with the New York Islanders. Tristan Jarry has had his moments for the Penguins, but has also had moments of real struggle throughout the series.

If Pittsburgh can get through round one they are a team that can make a real push deep into the playoffs but goaltending and defense must improve.

The Tampa Bay Lightning should once again be favorites, but Joel Quenneville did a great job finally getting the Panthers back into the playoff mix with a talented roster. However, the Panthers have their work cut out for them as the Lightning are a buzz saw.

The team has 19 goals in just four games and boasts one of the best goalies in the league in Andrei Vasilevskiy. A back-to-back title defense is a legitimate possibility for the Lightning, who may just be the best team in these playoffs at the moment.

Continuing to look at who the best team in the playoffs may be, look at the Las Vegas Golden Knights. Goaltender Marc-Andre Fleury is like a fine wine, he just gets better with age. The 36 year-old goaltender has the best stats of any goaltender in the playoffs. He continues to shine for Vegas, Fleury may be the best player in the Knights’ young history.

His style of goaltending is aggressive and extremely fun to watch and it’s backed up by a fast balanced team in front of him. The Knights have dominated the Minnesota Wild thus far throughout their series with a stunning break out and great offensive presence.

The only team that can match the depth of the Golden Knights in the division is the Colorado Avalanche — the third best power play team in the playoffs and an extremely loaded offensive team. MacKinnon has been the best player in the playoffs so far.

All but two active players on the Avalanche roster have a point in the playoffs. The team is extremely deep and is the best team constructed by Colorado in the past decade. The window is now for the Avalanche and anything but a cup appearance this year would be seen as a massive disappointment.

The Golden Knights, Lightning, and Toronto Maple Leafs also have massive expectations. The Maple Leafs have not won the cup since the 1960s but have one of the most high-powered offensive teams in the league. The question will be if Jack Campbell can tend them to a cup final.
Predictions
Semifinal:

No. 1 Colorado Avalanche vs No. 4 Boston Bruins: Avalanche in seven

No. 2 Toronto Maple Leafs vs No. 3 Tampa Bay Lightning: Lightning in five

No. 1 Colorado Avalanche vs No. 3 Tampa Bay Lightning: Avalanche over Lightning in 7.