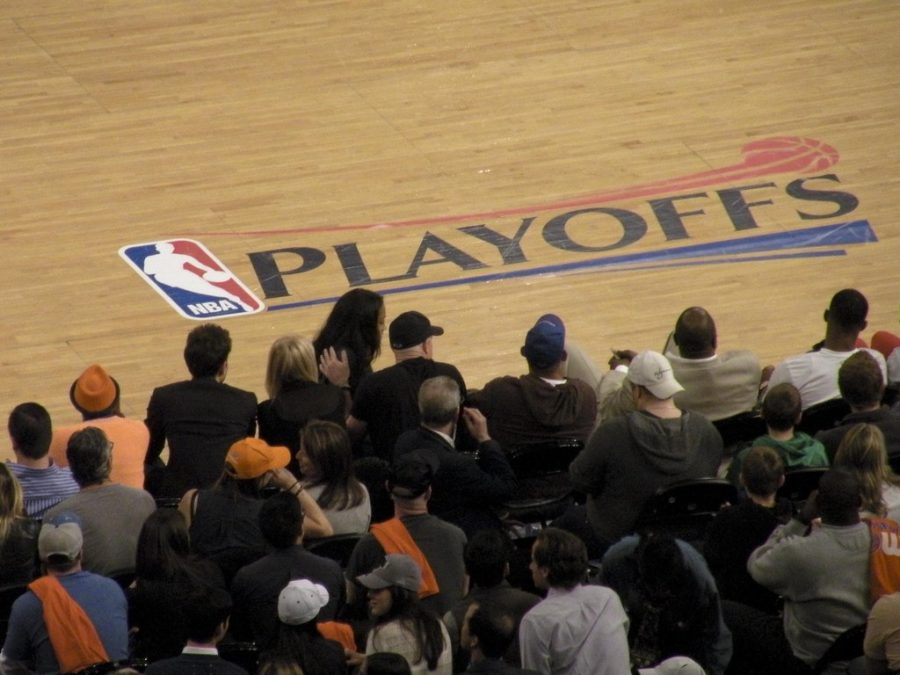 The first round of the NBA playoffs started Saturday and features some fantastic matchups. With the NBA’s “play-in” format for playoffs this year, the first round matchups have ultimately shaped up to be some good games to watch.
The West
(No. 1) Utah Jazz vs. (No. 8) Memphis Grizzlies
Prediction: Jazz in 5

The Grizzlies shocked everyone when they beat the Golden State Warriors for the eighth seed. However, now they will go on to face the best team in the NBA. The young and talented Grizzlies team will be led by star point guard Ja Morant, while the Utah Jazz will have All-Stars Donavan Mitchell and Rudy Gobert. This will also be an unusual experience as Mike Conley faces his former team in the playoffs. Although the Grizzlies have been impressive thus far, their lack of playoff experience will be the reason why Utah will win this series. The Jazz won the regular season matchup 3-0.
(No. 2) Phoenix Suns vs. (No. 7) Los Angeles Lakers
Prediction: Lakers in 7

Out of all the matchups in the Western Conference, this one will be the best. You have LA’s dynamic duo of LeBron James and Anthony Davis versus the big three of Phoenix in Devin Booker, DeAndre Ayton and Chris Paul. Although the Suns have arguably been one of the most impressive teams this season, it will be hard to bet against the reigning NBA champions. This should be a fantastic series and there should be some exciting battles between all the stars. The Suns won the regular season matchup 2-1.
(No. 3) Denver Nuggets vs. (No. 6) Portland Trailblazers
Prediction: Blazers in 7

This matchup features MVP frontrunner Nikola Jokic versus superstar point guard Damian Lillard. Both teams have a lot of depth and star power, but the Nuggets are without All-Star point guard Jamal Murray. The Nuggets have struggled without Murray offensively and have been relegated to the underdogs in this series. You can’t ever count out Jokic, but Lillard and McCollum should close this series out for the Blazers in a close and exciting series. The Nuggets won the regular season matchup 2-1.
(No. 4) Los Angeles Clippers vs. (No. 5) Dallas Mavericks
Prediction: Clippers in 7

In this series you have the Clippers dynamic duo of Kawhi Leonard and Paul George versus young superstar Luka Dončić with the Mavericks. The Clippers are all around a better team and have more depth, but Dončić has been phenomenal all season and the Mavericks will give the Clippers a run for their money this series. This will be a fun series to watch — expect some good battles between Dončić and Leonard. The Mavericks won the regular season matchup 2-1.
The East
(No. 1) Philadelphia 76ers vs. (No. 8) Washington Wizards
Prediction: 76ers in 5

This series features the most dominant team in the East (the 76ers) versus the red hot Washington Wizards. You have MVP front runner Joel Embiid versus triple-double phenom Russell Westbrook and one the league’s best scorers in Bradley Beal. This series will come down to who’s better defensively and that’s how the 76ers will win. Expect some good defensive battles from Ben Simmons and Matisse Thybulle. The 76ers won the regular season matchup 3-0.
(No. 2) Brooklyn Nets vs. (No. 7) Boston Celtics
Prediction: Nets in 5

The Nets arguably have the best trio in all of the NBA right now. For this matchup, you have the big three of Kevin Durant, James Harden and Kyrie Irving versus All-Stars Jayson Tatum and Kemba Walker. With the Celtics missing star guard Jaylen Brown, it will be hard for them to match the Nets’ dominating offense. However, still expect a battle from the Celtics as they will try and compete with the Nets this series. The Nets won the regular season matchup 3-0.
(No. 3) Milwaukee Bucks vs. (No. 6) Miami Heat
Prediction: Bucks in 7

Out of all the matchups in the East this will be the most exciting one to watch. You have the league’s reigning MVP Giannis Antetokounmpo versus last year’s Eastern Conference champions, the Miami Heat. Both teams are stacked with immense talent ranging from Miami’s Jimmy Butler and Bam Adebayo to Milwaukee’s Khris Middleton and Jrue Holiday. The amount of star power and playoff experience between both these teams should make for an exciting and competitive series. This matchup really could go either way, but the Bucks should edge out the win. The Bucks won the regular season matchup 2-1.
(No. 4) New York Knicks vs. (No. 5) Atlanta Hawks
Prediction: Knicks in 6

Both the Knicks and Hawks shocked everyone when they both became top 5 teams in the East this year. You have the NBA’s most improved player Julius Randle versus young superstar point guard Trae Young. With how young both teams are, this should be a fast-paced and exciting series to watch. However, both teams lack a lot of playoff experience so that could greatly affect their game this series. With how impressive the Knicks have been this season, expect them to come out on top in this match-up. The Knicks won the regular season matchup 3-0.