Hibben: We Can Teach Consent Without Mentioning Sex 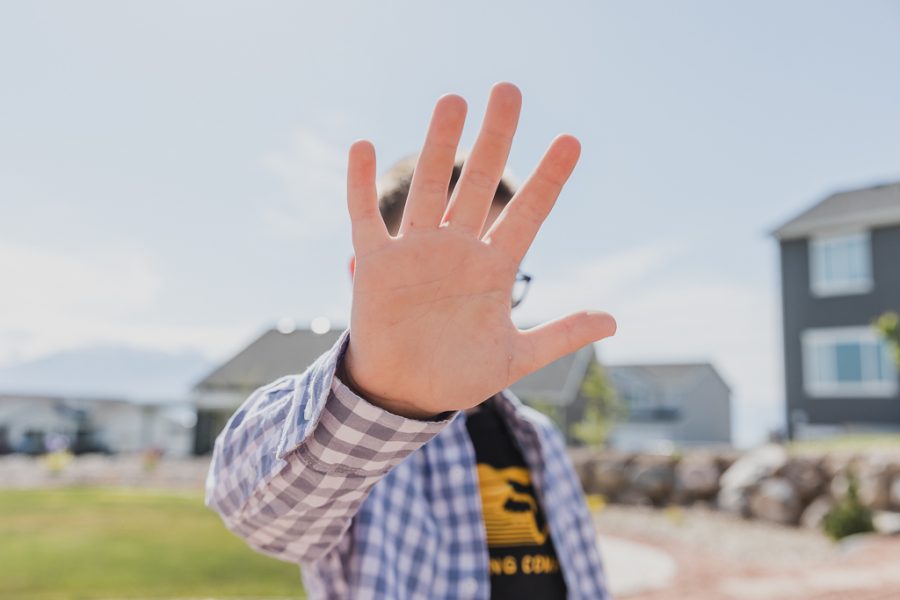 In school, most children learn about respect and kindness. In adulthood, respecting personal space and wishes comes in the form of consent. The conversation surrounding consent generally involves saying “yes” to sexual activities, but consent also involves saying “no” — and respecting when people say “no.”

And yet studies have found that many college-age students, particularly men, don’t understand the basic concept of consent. Utah clearly suffers from the effects of this lack of education. About one in two Utah women — which is the same as the national rate — will experience some kind of sexual violence victimization, with many victims being children. About 80-90% of victims of sexual assault are abused by someone they know, making it difficult to report or even acknowledge. So what’s the disconnect here?

Children aren’t taught about bodily autonomy, the concept that your body is entirely your own. A violation of this autonomy can be as simple as someone holding your hand without permission, or something as serious as rape. However, during this year’s legislative session, the Utah Legislature rejected House Bill 177, a measure that would have required consent and sexual violence definitions to be added to sex education. Legislators argued that mentioning the idea of consent would encourage sex, which sponsors of the bill vehemently denied.

The Utah Legislature should reconsider incorporating non-sexual courses on consent and bodily autonomy into school systems so that children can make choices and set their own boundaries early in life. This would in no way promote sex. Instead, it would teach basic concepts of consent that can help children know what is right and wrong earlier.

Utah has recently experienced a 50% increase in sexual abuse imagery cases, where some children are forced or coerced into sending photos of themselves to predators. Children are especially vulnerable to sexual predators, as they often don’t know what abuse looks like, and that abuse can come from people they trust.

In an interview with Emma Zevallos, assistant director of the Utah Coalition Against Sexual Assault, she addressed the difficulty children face when they are hurt by someone they know. “We want to make sure that we’re protecting the kids … and making sure that they understand that this is their body and no one has the right to touch them or take advantage of them,” she said.

Child victims who come out against family members or important figureheads have no knowledge of bodily autonomy, and therefore are easy targets to manipulate. By educating children about their ability to say “no” to any unwanted action, we can protect them from being easily manipulated by people in power such as family members, teachers, counselors and even peers.

Utah teaches children that abstinence is the best way to prevent pregnancy and the spread of sexually transmitted diseases. However, comprehensive sex education (including topics of consent, contraception, sexual violence resources, and STD protection) is proven to reduce teen pregnancy and reduce the transmission of STDs.

Abstinence-only education has not been shown to decrease the rates at which teens have sexual intercourse. And because Utah refuses to teach consent, the conversation around sexual violence places the blame on victims for not stopping the assault. It silences victims and prevents many from having the vocabulary to describe what happened to them.

Rep. Carol Spackman Moss spoke in an interview about her sponsorship of H.B. 177 and the difficulty in passing a bill that aimed to protect children. “I think it goes back to our personal rights as individuals to have control over our image,” she said, stressing that consent isn’t inherently sexual. She was surprised by how controversial the bill was and wondered why Republicans opposed a bill that would help victims of sexual violence.

I grew up in the South where our sex education is similar to Utah — abstinence-only — with no discussion surrounding sexual abuse or who to report to. And many people, myself included, deal with the effects of that lack of education. Whether it was experiencing sexual assault in a relationship or blurred lines when people started drinking, we had limited knowledge of what control we had over our bodies. As a survivor of sexual violence, I can say that my process to recover and heal would’ve been easier if I had been educated in school and confident in my own rights as a human being.

It’s difficult to establish these boundaries as a teenager when the concept of bodily autonomy was never introduced to you as a child. Teaching children early on the importance of questions such as “Is it okay if I hug you?” or “Make sure you ask your friend if she wants to hold hands” helps them understand not only that their body belongs to them, but that everyone else has boundaries, too. Recognizing the importance of consent helps educate everyone, not just victims, on the effects of sexual violence. It is a crucial step in the prevention of sexual violence and changing the conversation to fault the perpetrator instead of the victim.

Consent isn’t a sexual concept. It’s simply respecting each other’s wishes. It’s saying no to any action that a person inflicts on your body or character. If children learned consent in a non-sexual way, they could not only react to situations where they are at risk but also be less likely to invade someone else’s boundaries later in life.

Utah voters want more sex education, and these expansions should include consent courses for children as well. Introducing these concepts to children is a step Utah must take to protect victims of sexual violence — and prevent it from happening in the first place.