Hibben: The End of the Grand Old Party 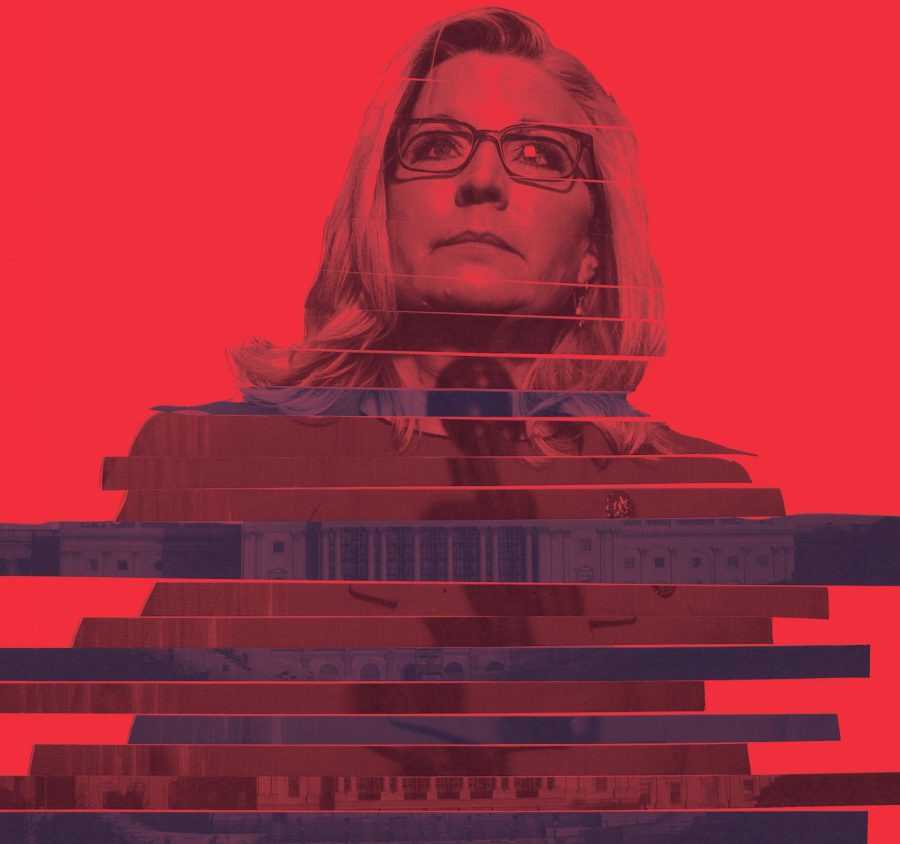 The Republican Party is facing an evolution after former President Donald Trump divided the party with his aggressive rhetoric. Respected Republican leaders like John McCain and Mitch McConnell joined the long list of Republicans insulted by Trump, often in a flurry of late-night Twitter posts.

Part of Republicans’ history emphasizes promoting the Constitution, yet Trump was supported by many in his party when he lied about the 2020 election results. On Jan. 6, Trump and his fellow Republicans’ opposition to our nation’s strongest practice, elections, spurred thousands of angry supporters to storm the Capitol in an attempt to take back their power.

And yet, many Republicans still support Trump and his lie. The formerly unified Republican Party has branched out from its traditional conservative values, leaping further towards party destruction. No longer does the Republican Party push a set agenda, rather a brand of chaos with a cult-like following.

Liz Cheney is a political elite because of her father’s political career. She pushed traditional conservative policies, and until recently, was safe from Trump’s attacks. However, since objecting to Trump’s lies, she has become a different symbol — a symbol of the old Republican Party. Her legacy is like Utah’s conservatism.

While Utah has been a Republican stronghold for years, its politics differ from the changing views of the party. The state is extremely conservative because of its large Mormon population, but Republicans and Democrats have made considerable progress over controversial issues like gay marriage.

Instead of following the similar path of ugliness that Trump and his endorsed figures have, leaders in the state promoted peace and togetherness during the 2020 election. Utah also opposed Trump during his elections more than any other red state. Several “Never Trump” Republicans gained attention and support during the 2020 election, and Sen. Mitt Romney has become famous for his two impeachment votes against the former President. The Senator faced opposition for his rebellion at a recent GOP convention but continued to argue with his opponents, saying “I’ve been a Republican all my life.”

At the same time, Marjorie Taylor Greene, the Congressional representative for Georgia’s 14th district, has gathered attention and praise from some on the right. Contrary to other traditional Republicans, Greene embodies the new version of Republicanism that Trump pushed during his time in office.

She’s an open QANON believer and regularly insults leaders like Rep. Alexandria Ocasio-Cortez and House Speaker Nancy Pelosi. She has harassed survivors of school shootings, promoted conspiracy theories and publicly discussed violence against her colleagues. But she has not faced the same fate as Liz Cheney. She represents the new Republican Party, an ideologically confused party crumbling because of its ever-changing leadership and devotion to Trump.

Keeping reckless leaders like Greene in office shows how Republicans no longer care about their long-term stability. They are more concerned about offending the former President and his angry supporters. The Jan. 6 insurrection secured this fear in Republican leadership and continues to follow the party even after Trump’s removal.

The Republican Party’s 2020 Convention never presented a platform, in an effort to avoid Trump’s critiques. This is eerily similar to Trump’s promised outcomes: presented without a plan. For years, Trump rallied against Obamacare and pushed for a replacement, and yet never made concrete plans. He also promised a quick recovery after the COVID-19 pandemic began, but it was later revealed that his administration had no plans for vaccine rollout.

Party evolutions are completely normal. Republican and Democratic parties have changed their politics and values significantly over the course of our history. However, the Republican party is shifting further away from the concept of democracy — which is an unprecedented change. By refusing to address issues like the Jan. 6 riot, which directly stemmed from Trump’s lies and the Republican party’s blind acceptance, these political figures are following Trump’s foolish footsteps.

Rather than lead the country and help their constituents, Republicans are passing laws that aim to silence thousands of citizens’ votes to win back formerly red states. They are ousting party members who refuse to go along with a lie that threatens our democracy’s stability. These are not acts of the GOP, but rather of fearful cowards. George Washington warned in his farewell address of the “baneful effects of the spirit of party,” and yet today in a world that somehow mirrors the fiercely divided beginnings of the United States, Republicans have ignored his famous words.

This is no longer an issue about party loyalty, it’s an issue of telling or hiding the truth from the American people. The post-Trump Republican party remains controlled by Trump’s clutches and is tearing away from its formerly predictable positions. In a cult-like way, Republican leaders have become followers of Trump, not political change-makers.