The NBA Playoffs: Second Round Preview 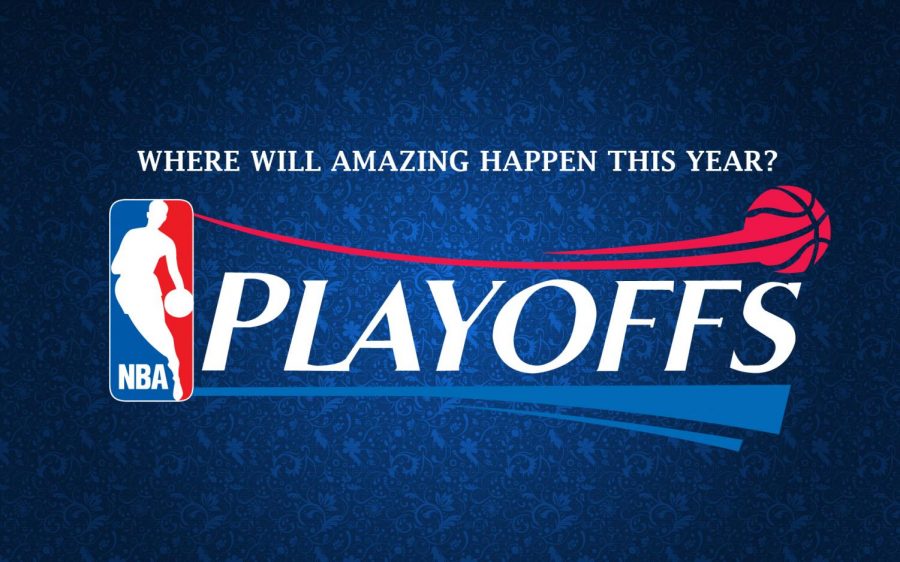 The second round of the NBA playoffs has officially begun. With an exciting first round, NBA fans should expect a fun and fiery second round of playoffs.
The West
No. 1 Utah Jazz vs. No. 4 LA Clippers
Prediction: Jazz in 6

Out of the two series in the Western Conference, this series should be the most exciting. The Utah Jazz had a dominating first-round performance against the Memphis Grizzlies and seemed unbeatable once Donovan Mitchell returned from his injury.

On the other end, the Clippers defied all odds and came back to beat the Dallas Mavericks in seven games in an exciting first-round series. However, their first-round win came with a lot of criticism. The Clippers (who were the favorites to win the series) struggled against a young Mavericks squad and were often the underdogs through the entire series. This raised some concerns and people wondered if the Clippers were legit contenders.

Nevertheless, the Clippers had impressive performances in game six and seven and ultimately look like they could give the Jazz a run for their money. With Kawhi Leonard and Paul George being very impressive in the first round, the Jazz will need to turn up their defense to stop them.

The Jazz are also met with some problems as Mike Conley suffered a hamstring injury in game five of their series. Without Conley the Jazz will need a bigger response from Donovan Mitchell and Rudy Gobert to close out this series.

Ultimately, the Jazz are a much better team and should be able to edge out the Clippers in a close, but exciting series. The Jazz won the regular-season series 2-1.
No. 2 Phoenix Suns vs. No. 3 Denver Nuggets
Prediction: Suns in 6

Not a lot of people had faith in the Suns to beat the reigning champions, but the Suns came out and proved everyone wrong by beating LeBron James and the Los Angeles Lakers. Phoenix’s big three in Devin Booker, DeAndre Ayton and Chris Paul were nearly perfect together on the floor. With the Suns’ impressive first-round win against the Lakers, it will be hard to bet against them.

However, don’t count the Nuggets out quite yet. With an impressive first-round series against the Trail Blazers, it’s hard to say that the Nuggets don’t have some fight within them. With the league’s best center in Nikola Jokić, the Nuggets have a lot of offensive power in their game plan.

The Nuggets have a lot of weapons ranging from Jokić to Michael Porter Jr. to even Aaron Gordon, but they are missing one key player in their offense, Jamal Murray. Denver proved to be okay without Murray in the first round, but going up against the Suns without Murray is going to be a problem.

With that in mind, the Suns should be able to close out this series. The Nuggets won the regular-season series 2-1.
The East
No. 1 Philadelphia 76ers vs. No. 5 Atlanta Hawks
Prediction: Sixers in 6

To no surprise, the Sixers came out and dominated the Washington Wizards in the first round of the playoffs.

With stars like Joel Embiid, Ben Simmons and Tobias Harris, the Sixers seem unstoppable both offensively and defensively. However, with Embiid’s current injury status, it will be hard for the Sixers to advance without him (although he did play the first game of the series). With Embiid being day-to-day with his injury, the other Sixers stars will need to step up in order to win this series.

The Hawks surprised everyone as they took down the No. 4 seeded New York Knicks in just five games in the first round. Hawks star Trae Young played almost flawlessly in that first-round series and couldn’t be stopped. If the Hawks play as they did against the Knicks there’s a good chance that they could upset the Sixers and win this entire series.

However, because of the Hawks’ young team core and lack of experience, the Sixers should be able to win this series in a close, but exciting matchup. The Sixers won the regular-season series matchup 2-1.
No. 2 Brooklyn Nets vs. No. 3 Milwaukee Bucks
Prediction: Nets in 7

For the east, this is the most exciting series to watch out for. You have the big three of Brooklyn in Kevin Durant, Kyrie Irving and James Harden, versus the big-three of Milwaukee in Giannis Antetokounmpo, Khris Middleton and Jrue Holiday.

Both the Nets and Bucks had dominating first-round wins. For the Nets they came out and showed that Brooklyn’s big three is no joke. With an impressive first-round series win against the Celtics, Brooklyn out-shined the Celtics offensively. If they keep up that same offensive game plan it will be hard for the Bucks to stop their dominating offense.

For the Bucks, they came out and swept the reigning Eastern Conference champions with ease. With that impressive first-round win, the Bucks silenced all critics and proved that they are here to win it all.

One important thing to note about this series is James Harden’s hamstring injury. With Harden most likely being out for the entire duration of this series, the Nets will need other key role-players to step up in his place in order to beat the red-hot bucks.

For the Bucks, they need to come out with a defensive game-plan in order to beat the Nets. Really this series could go either way, but the Nets have too much star power to lose this series. Expect a close and exciting series from these two teams. The Bucks won the regular season 2-1.

NBA fans should expect a fun and fiery round two from all these teams. One interesting thing to note here is that most of the teams in the second round have either never won an NBA title or it has been a few decades since they have. With that in mind, there will finally be a “new” champion in the NBA. For the full TV schedule for the second round of playoffs click here.