Breaking Down the NBA Award Winners 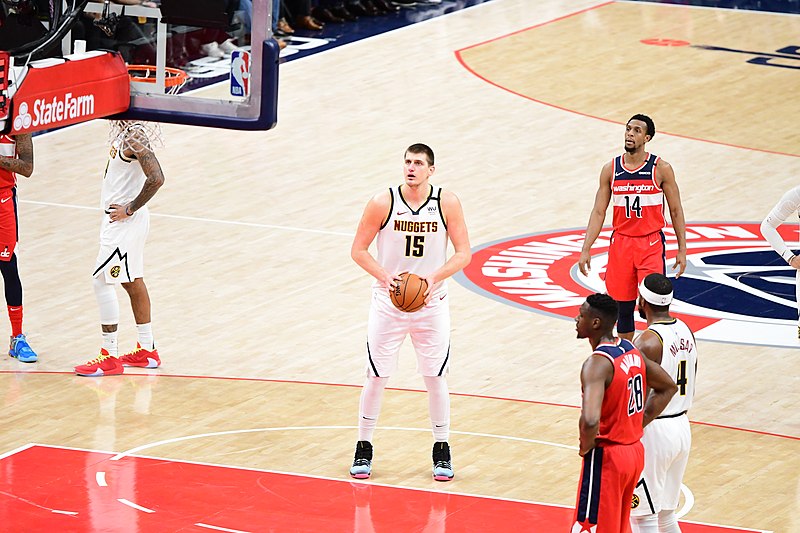 It has been over 20 years since a center has won the MVP award, but Jokić proved all the doubters wrong with a dominant season this year.

Jokić averaged 26.4 points, 10.8 rebounds and 8.3 assists during the season and accumulated a good number of triple-doubles along the way. On top of that, he led the Nuggets to the third seed in the Western Conference.

In the end, Jokić ended up receiving a total of 91 first-place votes and a collective total of 971 points. For a breakdown of the award click here.
Defensive Player of the Year
Winner: Rudy Gobert

For the third time in his career, Rudy Gobert won the NBA Defensive Player of the Year award. Gobert led the league in defensive rebounds at 8.4 per game and was also ranked second in blocked shots at over 2.1.

Gobert played a key role in the Utah Jazz’s defensive success. He was credited with the most impact when it came to defending field goals and holding opponents to a low shooting percentage.

Due to his huge defensive presence, the Jazz were able to secure the No. 1 seed in the West. In addition to winning the award, he was also named to the NBA all-defensive first team. Gobert ended up receiving a total of 84 first-place votes and a collective total of 464 points. For a breakdown of the award click here.
Sixth-Man of the Year
Winner: Jordan Clarkson

In a role he never really wanted, Jordan Clarkson ended up having one of the most impressive seasons coming off the bench, which ultimately ended up winning him the sixth-man of the year award.

One interesting thing to note is that Clarkson was also joined by his teammate Joe Ingles in this award race. Ingles’ impact coming off the bench helped the Jazz in securing the No. 1 spot in the West.

Clarkson ended up receiving a total of 65 first-place votes and a collective total of 407 points. For a breakdown of the award click here.
Coach of the Year
Winner: Tom Thibodeau

Not only did Thibodeau lead the Knicks to the playoffs, he also made everyone else around him better, including Julius Randle, who ended up winning most improved player of the year and even became an NBA all-star as well.

Thibodeau ended up receiving a total of 43 first-place votes and a collective total of 351 points. For a breakdown of the award click here.
Most Improved Player of the Year
Winner: Julius Randle

It was no surprise that Julius Randle won this award. Randle averaged 24.1 points, 10.2 rebounds and 6 assists for the Knicks this season.

Due to his massive success this year, he was able to help the Knicks secure the 4th spot in the Eastern Conference and helped them achieve their first playoff berth in over eight years.

Randle dominated the voted by getting a total of 98 first-place votes and a collective total of 493 points. For a breakdown of the award click here.
Rookie of the Year
Winner: LaMelo Ball

In one of the most impressive rookie seasons, LaMelo Ball came out and silenced all doubters by having a dominant season and winning the Rookie of the Year award.

Ball had a tremendous rookie campaign averaging 15.7 points, 5.9 rebounds, 6.1 assists and 1.6 steals a game for the Hornets. Ball, who was drafted 3rd overall in his class, managed to get three NBA Eastern Conference Rookie of the Month Awards and was selected to the NBA Rising-Star roster.

On top of that, he became the youngest player in the NBA history to record a triple-double at only 19 years and 140 days old. Ball received a total of 84 first-place votes and a collective total of 465 points. For a breakdown of the award click here.

All the winners were rightfully deserving of each of their individual awards and helped contribute to make their teams better in many different ways. All eyes now turn to the playoffs to see who will be crowned champion of the league and who will win the most coveted individual award of all: Finals MVP.