Hibben: Here’s Why We Have Trust Issues with the CDC 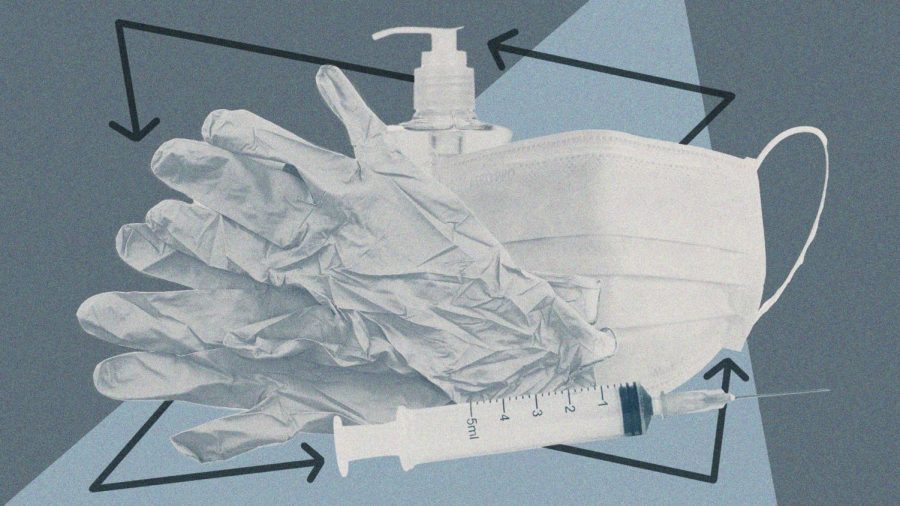 Only 52% of Americans have a great deal of trust in the Centers for Disease Control and Prevention. Americans still support the nation’s medical system along with physicians and nurses, but have lost tremendous faith in public health agencies like the CDC. Most Americans agree with increased spending on public health programs, yet have issues trusting the agencies we already have in place. But how did we come to distrust the CDC?

Throughout the pandemic, the CDC has released recommendations that often contradict each other. While this originally occurred because little was known about the coronavirus, Americans still began to distrust the CDC. This affects not only the funding and efficiency of the CDC, but also breaks down the effectiveness of any protective and necessary public health measures. The COVID-19 pandemic has shown us that to follow the advice of medical experts, trust is essential. Without it, the CDC won’t be able to handle future public health crises.
Political Interference
Our pre-pandemic relationship with the government was already stressed as former President Donald Trump’s last term proved to be one of the most dramatic in history. On Feb. 25, 2020, the CDC recognized the looming threat of the coronavirus with a vague warning from Dr. Nancy Messonnier, Director of the National Center for Immunization and Respiratory Diseases. The coronavirus not only became a public health risk, but a political issue that jeopardized Trump’s run for reelection and the economic stability of the nation.

From then on, the CDC and the Trump administration constantly battled with how to respond to the virus. When a sitting president questions and changes the narrative of the top doctors in the nation, the discourse naturally confuses people. It’s important to remember that the CDC is a government agency, and so some of its decisions might be affected by politics. However, the CDC also must understand that their political interests jeopardize the messages they send out, and in turn affect if Americans will listen to their advice.
Mixed Messages
The CDC also sent mixed messages during the pandemic, releasing early memos that masks were not effective against the virus only to reverse their stance later on. At the University of Utah, thousands of students living on-campus were suddenly instructed to go home as COVID-19 became a more serious threat.

I left campus shortly after this news and boarded my flight home without a mask because the CDC had not suggested masks as a way to stop the spread. News about vaccine research and trials were also unclear, and Americans often felt confused about when and how they could travel. The CDC’s latest change to stop requiring vaccinated individuals to wear masks was met with criticism from health experts, who argued that this advice was premature and didn’t have enough research to back it.

Dr. Rochelle Walensky, the new director of the CDC, has also faced opposition from medical experts after she warned of “impending doom” and said that “vaccinated people do not carry the virus” in two interviews on the same day. Her comments, scientists said, were unfounded, and the CDC reversed her statement days later.

The CDC’s difficulty with releasing clear, research-founded advice for Americans has been mostly caused by the short timeline of COVID-19 and the lack of available information. However, because the CDC has had issues with releasing one unified message at a time, that lack of information is not the only reason they’ve lost Americans’ trust.

Both the politicization of the virus and mixed messaging have been a factor in the popularization of conspiracy theories and an increase of “pandemic fatigue.” This further impacted the effectiveness of the CDC’s advice during the pandemic and now, at the end of the pandemic, reveals new trust issues on a wider scale.
Repairing Trust
As the threat of COVID-19 decreases due to widespread vaccinations, the CDC’s new priority should be repairing that loss of trust. First, the CDC should consider acknowledging this loss of trust and make it their mission to regain it. The CDC should examine why their words were often not listened to, and make sure to unify their messages to the public. Any communication to the public should be transparent and clear, and done with great caution.

Also, the CDC should make an effort to separate itself from the Biden administration and depoliticize itself. While the Biden administration has been more supportive of the CDC and its advice, aligning closely with any political side would be unwise. Additionally, the advice of outside health experts often opposed that of the CDC. Perhaps a coalition of non-CDC scientists and doctors could help to back any research the CDC supports and announces.

Finally, the CDC must find better ways to accurately collect and measure data. A major point of criticism against the CDC was its difficulty with data, which fuels the CDC’s authority on public health issues.

Simply put, without trust, people will ignore science. Repeating vague slogans like “trust science” is easy when you believe the authorities that science comes from. Due to the mixing of politics and science, and the mixed messages sent out by the CDC, it’s understandable that many in our nation refuse to believe them. This trust is crucial for the prevention and proper handling of future health crises, as well as the continuation of the push to vaccinate the nation.