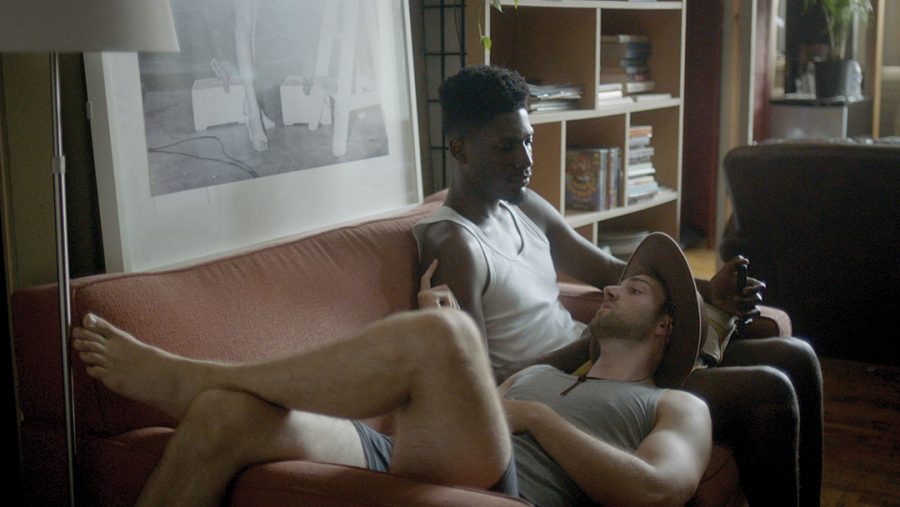 After an unusual year, the “Damn These Heels” Queer Film Festival returns July 9-18 with both in-person and virtual content and events showcasing 50 feature-length and short films. The annual festival includes documentary and dramatic films from around the world that explore issues and ideas from this community and celebrate queer art, queer stories, queer love and the lived experience of LGBTQ+ people.
History of the “Heels”
“Damn These Heels” is the longest-running LGBTQ+ film fest in the Mountain West, according to partner Utah Film Center, and has presented over 260 films since it began, giving a platform to voices and experiences that would otherwise be inaccessible.

“I am so proud that this year’s program provides such a well-rounded look at the LGBTQIA+ spectrum from all angles. Themes of resilience, unearthing history, and boundary pushing are at the forefront this year. There is truly something for everyone in this program,” said “Damn These Heels” Director of Programing Ash Hoyle in an event press release.

Audiences can take part in the festival with films, conversations and Q&As virtually with streaming via Eventive — in-theatre screenings will be held at the Rose Wagner Theatre. The festival kicks off with an opening-night drive-in at the Fairpark and a closing weekend event at Liberty Park.
Film Lineup and Features
The opening night drive-in feature, “My Name is Pauli Murray,” candidly examines the life of non-binary Black activist, lawyer and writer Pauli Murray. The documentary, directed by Betsy West and Julie Cohen, is told mostly in Murray’s own words and shows the journey and fight to exist beyond previously accepted categories and cultural norms. The screening will be preceded by a drag show.

Other films are available throughout the festival with several in-person screenings and streaming options, covering a variety of genres and perspectives.

For history buffs, the festival recommends films like “Cured,” “No Ordinary Man” and “Rebel Dykes.” For teens, they suggest “No Straight Lines” and “We’re All Going To the World’s Fair.” For fans of comedy, there is “Dramarama,” “Potato Dreams of America” and “S**t and Champagne.”

The festival’s lineup has a little something for everyone, and the “Damn These Heels” team invites Cinephiles and casual moviegoers alike to explore their recommendations for BIPOC stories, trans highlights, memorable soundtracks, slam dunks and films that push cinematic boundaries.

The festival will also screen 25 short films in three distinct programs, the first of which is “Through the Cracks.” This section features stories of people, places and experiences that “exist in liminal space, where queerness feels most ripe and most right.”

The second program, “Missed Connections,” “makes a home for stories about rupture, failure, longing, and accident” and features short films characterized by “heartbreak as well as hope.”

The third and final short film program, titled “Apples and Trees,” is a collection of shorts that focus on parents and their children as they “navigate the complexities of coming out, staying out, and living out.”

The film festival closes with an in-person outdoor screening of the animated foreign documentary “Flee.” This film tells the true story of gay Afgan Amin, a refugee from war-torn Kabul whose life and family were ripped apart by war.

“‘Flee’ had an incredible premiere at the Sundance Film Festival 2021 and we are so proud to have partnered with our longtime friends at Sundance to bring it back for Utah audiences as our closing night film and part of the For The Locals Sundance Institute Community Program,” said Hoyle.

This year’s festival looks to improve on what has been and towards the future of queerness in film. “I have long admired the important and unique impact of ‘Damn These Heels,’” Hoyle said. “During my time living in Salt Lake City as a young trans person, the films that I experienced at ‘Damn These Heels’ were truly a lifeline, a celebration, and a connector to the larger community.”

Individual tickets and multi-screening passes are available now as well as a detailed program of films and events.