‘The Tomorrow War’ Ambitious but Disappointing 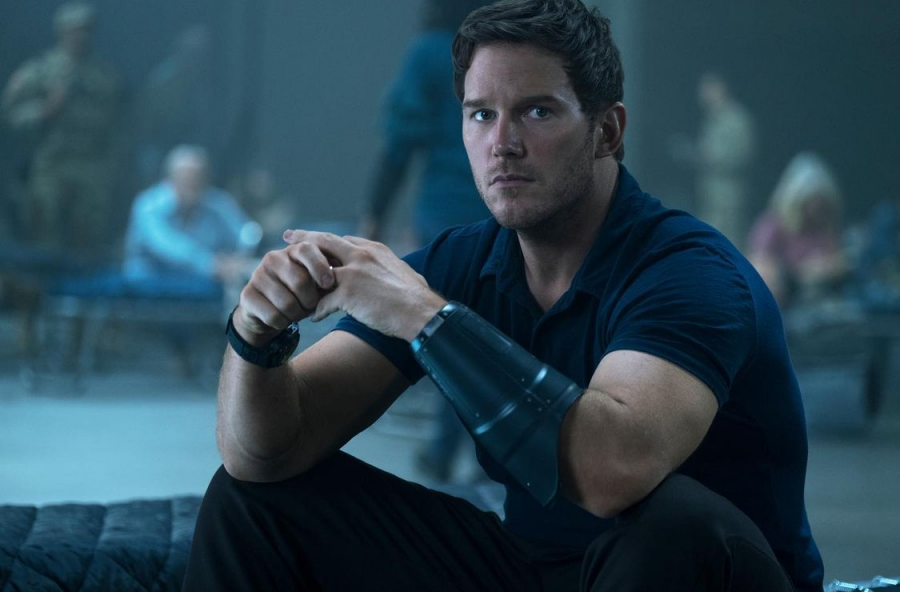 Chris Pratt, one of Hollywood’s favorite famous Chrises, is everywhere in the industry these days. His quirky and lovable personality mixed with his rakish good looks make him a perfect leading man. In his major roles, he’s faced rogue dinosaurs (“Jurassic World”) and world-destroying gods (“Guardians of the Galaxy” and “Avengers: Endgame”), but in “The Tomorrow War” Pratt faces his most formidable foe yet — really mediocre writing.

“The Tomorrow War” takes aliens and time travel, two very difficult and overdone science fiction tropes, and squishes them together to try and create something original. We follow high school biology teacher, family man and all-around great guy Dan Forester (Pratt) as he is drafted into a future war against an alien race.
An Ambitious Storyline
The premise of the film is that aliens have massacred most of the human race, and the population of this dystopian future has no choice but to travel back in time and enlist the help of their ancestors. In an interesting way, this film raises the question of and explores what we can do today to benefit future generations. While this question and premise are engaging and intriguing, “The Tomorrow War” really only offers another bland and forgettable action movie with very little substance.

I do have to hand it to director Chris McKay and writer Zach Dean for attempting such an ambitious storyline, with time jumps and action-packed scenes. Unfortunately, the basic story of the film is not enough to carry the audience through the 140-minute run time. With predictable plot points, bland dialogue and way too many badly written jokes, the initial appeal of the narrative wears off quickly.
A Disappointing Third Act
While these factors were frustrating, I was most disappointed with the entire third act of the film. Without spoiling the few thrills the show provides, the third act of the film is filled mostly with what felt like a frantic scramble to tie up loose ends. The events of the last 35 minutes of the film are a clear attempt to be original and add a fresh take to a well-known genre. Instead of exciting originality, ‘The Tomorrow War” falls into a quick, seemingly random resolution that left me shaking my head.

This may be a nitpicking opinion, but even the last few moments of the film left a very sour taste in my mouth. The very last scene in “The Tomorrow War” is accompanied by a voiceover from Pratt — the one and only point in the film where we are given a voiceover of any kind. Who is Forester talking to? Why are we suddenly inside his head? It felt so random to me and added to what was an inconsistent and frustrating third act that played into the tropes of the genre.

The first two acts of “The Tomorrow War” presented a pretty decent and fun action film; however, they were quickly overshadowed by the rushed and poorly executed third act. Commendable performances from Pratt and co-stars J.K. Simmons, Sam Richardson and Yvonne Strahovski weren’t enough to distract from the overall mediocre storytelling presented in “The Tomorrow War.”

If we ever get to a point where time travel is possible, the first thing I’m doing is finding my past self and telling him to skip this one.

“The Tomorrow War” is available for streaming on Amazon Prime starting July 2.