Breaking Down The NBA’s Free Agency 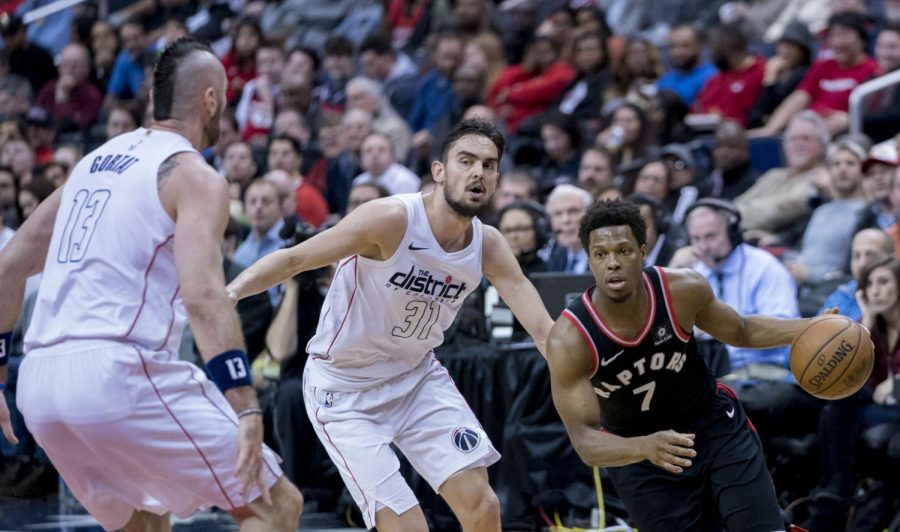 As the NBA season starts to wind down, it’s time to look at what’s ahead for all NBA teams this summer during free agency.
Kawhi Leonard
Kawhi Leonard is, without a doubt, the best player in this year’s NBA free agency. Not only is Leonard good offensively, he’s fantastic defensively. His ability to be good on both sides of the ball makes him a huge target for a lot of teams this summer.

However, with the Clippers’ recent Conference Finals appearance, it’s hard to say if Leonard will leave. A lot of analysts were saying that since the Clippers have had mediocre seasons these past two years, it would be unappealing for Leonard to stay with LA. But with the Clippers’ recent success in playoffs, LA has proven to be a legitimate team and a team that could potentially win the NBA Finals in these next few years.

In addition, Leonard has been very injury-prone and was even sidelined for all of the Conference Finals games. If Leonard’s recent injury is bad, it’s hard to say if teams will take a gamble on him. Regardless of his injury status and the Clippers’ success in the playoffs, Leonard has options this summer and will have to decide if he wants to opt in or out of his contract.

With that being said, it would be smart for Leonard to stay one more year with the Clippers and become a free agent next year. If he does decide to leave, some of the teams that could pursue him are the Mavericks, Knicks and Heat.
Chris Paul
Chris Paul has proven that he’s still one of the most elite point guards in the NBA this past season. Leading the Suns to their first finals in 28 years, Paul has a lot of upsides to him, that a lot of teams want. The veteran point guard has proven that he can still carry a team and be an “it factor” for them.

With that being said, it’s unlikely he leaves the Suns this off-season. Paul has a player-option with the Suns that could pay him a lot of money next season if he chooses to return, and with the Suns’ success this season it’s very likely he comes back.

However, there’s a high likelihood of Paul opting out of his current contract with the Suns and signing a new, significantly smaller contract in order to bring in more players this off-season or give current players extensions on their contracts.
Lonzo Ball
Lonzo Ball might be the “sleeper” of this year’s free agency. After coming off a very impressive season with the Pelicans, Ball has proven that he’s got the star factor most teams are looking for.

Ball has been deemed a “bust” by a lot of people, but his success this past season has proven otherwise. With his huge improvement this last year, his young age and his potential to keep growing and improving, there’s a high likelihood that a lot of teams will offer him a huge contract.

Since he’s a restricted free agent, the Pelicans can match any offer thrown towards Ball. With the Pelicans’ fantastic young core, there’s a lot of benefits to keeping Ball. Some teams that have been rumored to pursue him are the Knicks, Bulls and Hornets. Those teams have a lot of cap space and can offer Ball a max contract if they choose, so if the Pelicans do decide to match any offers, they will need to pay up.
Mike Conley
Mike Conley is coming off a career-season with the Utah Jazz that has left a lot of NBA teams interested in him. Recording arguably his best season in his entire career and becoming a first-time all-star, there’s high expectations that a lot of teams will pursue Conley.

With the Jazz’s limited cap space, there’s a high likelihood that the Jazz will offer him a smaller contract which might not be appealing to Conley. There are a number of teams that are willing to pay him a lot more money than the Jazz could, so there could be a chance he joins one of those teams instead.

However, Conley is in the late stages in his career and has said that his number one priority is to win a championship, so the Jazz could be the best for him. In addition to that, his recent injuries put him as a “gamble” for a lot of teams, so it’s hard to say for certain if anyone will want to pursue him. That being said, it’s very likely he re-signs with Utah.
Kyle Lowry
Joining Paul, Ball and Conley in the point guard free agency is Kyle Lowry. Despite being older in age, Lowry is the veteran point guard a lot of teams are wanting right now. His experience and leadership are a big reason why championship contending teams want to pursue him.

In addition to that, it’s very likely that the Raptors part ways with him in order to pursue a younger team and maybe even a rebuild for the franchise.

That being said, it’s very likely that big teams like the Lakers, Sixers and Heat pursue the veteran point guard in hopes of making a finals run with him. Lowry will most likely land on a big market team and he should immediately help any team that signs him.
Other Notable Free Agents
Some other notable free agents to look out for are John Collins, DeMar DeRozan, Reggie Jackson, Lauri Markkanen and Jarrett Allen.
Potential Trades
With the free agency being a rather “quiet” one this season, a lot of fans should expect some huge trades this off-season, the first of which is Damian Lillard.

With Portland’s mediocre success these past couple of years, there are many rumors that Lillard will get traded. From the Lakers to the Warriors, there’s talk that Lillard could end up on a big market team. However, if he does get traded, whatever team gets him will need to offer Portland a lot of assets in exchange, and it’s hard to say if many teams could even offer the Blazers anything in return.

A more likely scenario is trading CJ McCollum. If Portland does decide to keep Lillard, the next best option is for them to trade away McCollum to try and bring in players that will help Lillard out. His massive contract is a downside for a lot of teams, so it’s hard to say if teams will pursue him just because of that. Regardless, Portland has a high likelihood of making big changes this summer so keep your eye out for that.

One last trade to look out for is Kemba Walker. Walker, who was recently traded to the Thunder, has a lot of benefits to him. Teams like the Lakers, Sixers and Heat could pursue him in order to make a championship run this upcoming year. So, he’s also a high value target in this year’s trade market.

With most players signing contract extensions this past season, this upcoming off-season could be considered a rather “dull” free agency, but nevertheless there are still some great players to keep an eye for, and watch out for some big trades as well.