The Rise of the Ball Brothers 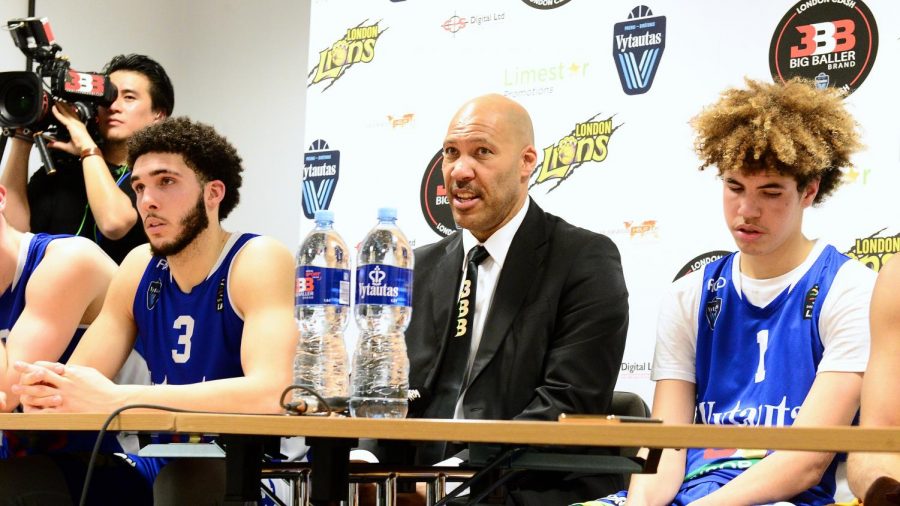 One of the hottest last names in all of basketball right now is Ball. The Ball brothers have taken over the NBA and this is only the beginning to their stardom in basketball. What’s going on with each of them years after they took the social media world by storm?
Lonzo
Lonzo Ball has emerged as one of the most promising point guards in all of the NBA. Lonzo had a lot of hype around him coming out of college, but he didn’t meet the hype initially.

Despite all the criticism of the Big Baller Brand (and his dad), Lonzo went No. 2 overall in the draft, going to the Los Angeles Lakers, and had a very rough first year.

After a couple of rocky years with the Lakers and other issues outside of basketball, the Lakers decided to part ways with Lonzo and sent him in a blockbuster trade to New Orleans for Anthony Davis. Once in New Orleans, Lonzo started to develop as a basketball player and worked on his “broken” jump shot and has vastly improved since he got traded away.

Lonzo has now been with the Pelicans for a couple of years now and has helped the team progress a lot. Lonzo averaged around 15 points a game, along with 6 assists and 5 rebounds this past 2020-21 season. With Lonzo’s huge improvement this past season, he could be looking at huge contract offer this free agency.

Regardless of where he ends up, Lonzo is set to have a breakout year next season for whatever team gets him. Even if he ends up staying with New Orleans, their fantastic young core could make a huge playoff push and be a great team next season.
LaMelo
Arguably the best Ball brother is LaMelo Ball. Being the youngest brother, LaMelo had a lot of pressure and expectations to meet. After an unconventional path to the NBA, LaMelo was drafted third overall to the Charlotte Hornets and many experts (and doubters) didn’t believe he had what it takes to transcend in the NBA.

However, LaMelo proved everyone wrong after his rookie season in the NBA. LaMelo set many achievements during his rookie campaign. From being the youngest player in NBA history to record a triple double to winning Rookie of the Year and even securing a spot on the all-rookie team, LaMelo proved everyone wrong and that he has a bright future in the NBA.

LaMelo is currently with the Charlotte Hornets and has a great amount of talent around him. With Charlotte’s amazing young core, LaMelo is bound to be successful these next couple of years and could even rise to be one of the NBA’s elite point guards.
LiAngelo
The middle Ball brother, LiAngelo Ball, is on the rise as well. Often referred to as the “lost Ball brother,” LiAngelo is still trying to get his name in the NBA pool.

After testing the waters with the Oklahoma City Blue (the Thunder G-league affiliate) and the Detroit Pistons, LiAngelo is still on the hunt for an NBA team. Similar to LaMelo, LiAngelo has had a unconventional path in his basketball career.

After dominating at Chino Hills and setting multiple California records, LiAngelo was a highly anticipated prospect heading into UCLA. However, after the “China incident” LiAngelo’s NCAA career was cut short.

Since then, he has been bouncing around from team to team. From Lithuania’s men’s basketball team to the Big Baller Brand’s JBA team, LiAngelo has been trying to stay busy and trying to impress scouts.

With Lonzo’s and LaMelo’s recent success this past season, a lot of teams have been interested in signing LiAngelo. A name to look out for this season is LiAngelo Ball and you should expect him to get signed to a team this summer.
LaVar
Can you really talk about the Ball brothers if you don’t mention LaVar Ball? LaVar is a big reason why all of his sons have immense success right now in basketball. The loudmouth dad (who claimed he could beat Michael Jordan in a 1v1) ultimately got the last laugh.

LaVar’s big mouth and big ego were often seen as a negative aspect to the Ball brothers, but it ultimately paid off for the Balls. With only one more son to get to the NBA, LaVar can now sit back and relax and focus on building his Big Baller Brand empire while his sons continue to dominate the NBA and become future superstars.

You can catch all three Ball brothers on the same team this summer as they all participate in the Drew League and will reunite with their legendary Chino Hills team. Regardless of what happens this offseason with the Ball brothers, expect them to continue being a big family name in basketball and expect them to become big stars in the NBA these next few years.