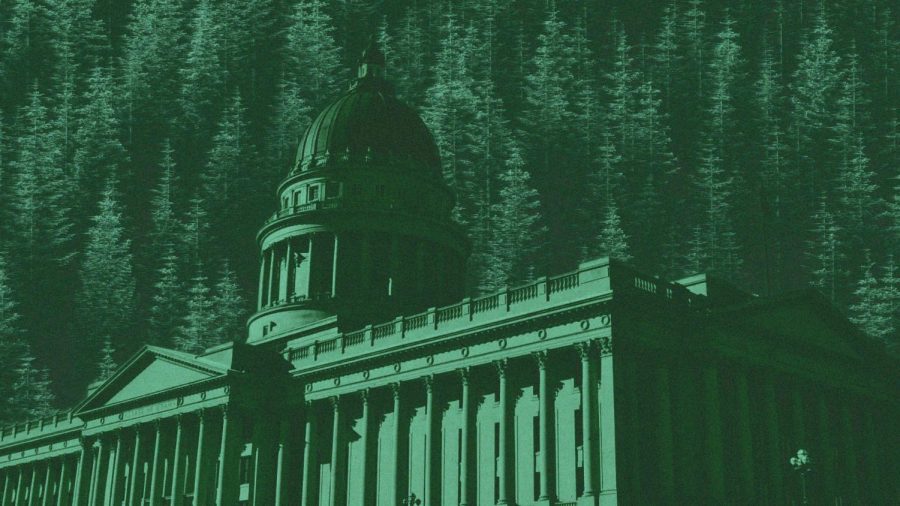 By Will Shadley and Sarah Buening

In 2016, only 2% of people listed climate change as their “most important issue” in determining their pick for president of the United States. Between record-setting wildfire seasons, a global pandemic and rising sea levels, that number rose to 12% in 2020.

Some Republicans, including Utah Rep. John Curtis, fear that a lack of climate change policy will be a political liability in upcoming elections. In hopes of mitigating both that liability and climate change, Rep. Curtis announced the Conservative Climate Caucus (CCC) to educate his fellow Republicans on climate change and provide conservative solutions to address the threat that it poses.

By encouraging Republicans to talk about climate change, the CCC will de-stigmatize Republican involvement in climate policy. Free from the political connotations of climate change, conservatives can develop an overall climate philosophy, pass popular bi-partisan climate bills and work to reduce global carbon emissions.
What Does Conservative Climate Policy Even Look Like?
Since the CCC launched this June, conservative climate policy remains largely undeveloped. To learn more about what that policy might look like, we interviewed Rep. Curtis to discuss the foundation of conservative climate legislation.

He expects that the first round of legislation will come from Rep. Kevin McCarthy’s climate task force in “five or six months,” and the aims of the CCC in that time will be to educate Republicans on climate policy and make sure they “understand the science of climate.”

Even without concrete policy proposals, Rep. Curtis walked us through some of the ways he believes free market innovation can lead to reductions in greenhouse gas emissions. While many Republicans blame environmental regulations enacted during the Obama administration as the reason for the coal industry’s decline, Rep. Curtis said “it wasn’t government that killed coal, it was the marketplace.” The natural gas innovations that displaced coal give him reason to believe that further energy innovations will continue to reduce emissions.

Free market innovations may eventually lead to reductions in greenhouse gas emissions, but the urgency of the climate crisis requires immediate action. At our current rate, another dangerous warming threshold will likely be crossed between 2027 and 2042. To meet climate thresholds through innovation, the federal government must take an active role in sponsoring climate-forward technology through subsidies.

Currently, the U.S. directly subsidizes the fossil fuel industry at a rate of roughly $20 billion annually. Rather than continue to subsidize polluting industries, an effective free market approach should exclusively subsidize green innovation like solar and geothermal energy.

Reallocating that $20 billion will allow the federal government to focus on energy “bottlenecks,” as Rep. Curtis describes them, “like battery storage technology,” that, once improved, will lead to greater adoption of solar energy.

The federal government should be constantly re-evaluating the quantifiable effects of these subsidy allocations to remain under dangerous climate thresholds. The free market approach may not be our favorite method for addressing climate change, but it’s a framework that aligns with conservative values and would lead to more productive climate discourse.

Even if we managed to rapidly reduce carbon emissions, we would still be left with irreversible changes in climate and ocean levels. Rep. Curtis recognizes that “we need to be talking about how we adapt to a warming world with rising sea levels.” Any conservative approach to climate policy must include a comprehensive plan to deal with all of the effects of the crisis, not just look to reduce greenhouse gas emissions.
Common Sense Bipartisan Legislation
The most positive immediate effect of the CCC is that it neutralizes the conservative fears that, “if you talk about climate, you have to embrace all of the liberal Green New Deal,” Rep. Curtis said. Climate bills are notoriously susceptible to political gridlock because conservatives don’t want to attach their name to a bill addressing what has, until now, been a partisan issue.

By making climate change bipartisan, the CCC will allow Congress to pass common-sense legislation like “providing consumer information” on a product’s carbon footprint and agreeing upon temperature thresholds to determine our carbon budget.

To “be successful at climate policy, Republicans must engage,” Rep. Curtis said. Because unless legislation in Congress is “bipartisan, it does not have a lasting effect.”
The United States’ Role in Global Carbon Emissions Reduction
One of Rep. Curtis’s major concerns with U.S. action on climate change is how it relies on international changes on climate policy. He worries about “vast power plants that are being built from coal right now in China.” However, he recognizes that “it’s not really fair that the U.S. has prospered all of these years with fossil fuels,” and that reducing global carbon emissions should not mean that “we’re not going to let other people prosper.”

Rep. Curtis advocates for exporting natural gas as a more carbon-friendly alternative to coal, but in 2020, the International Energy Agency found that new solar energy plants were consistently cheaper than new coal or gas-fired power plants.

Rep. Curtis should heed his own suggestion of asking “what are the best tools in front of us right now to reduce the greenhouse gas emissions?” Whatever they may be, “let’s go use them.” In this case, and most others, it seems that clean energy is the answer.

In the spirit of bipartisanship, we’ll admit that there may be times where fossil fuels can be a useful stopgap on the way to clean energy. All we ask is that Rep. Curtis, and the CCC, do the same. Let’s look at the science and data to determine our best tools for addressing climate change and go out and use them. Whether that’s subsidies, environmental regulations or international agreements, the CCC allows us to use those tools together, for the first time.