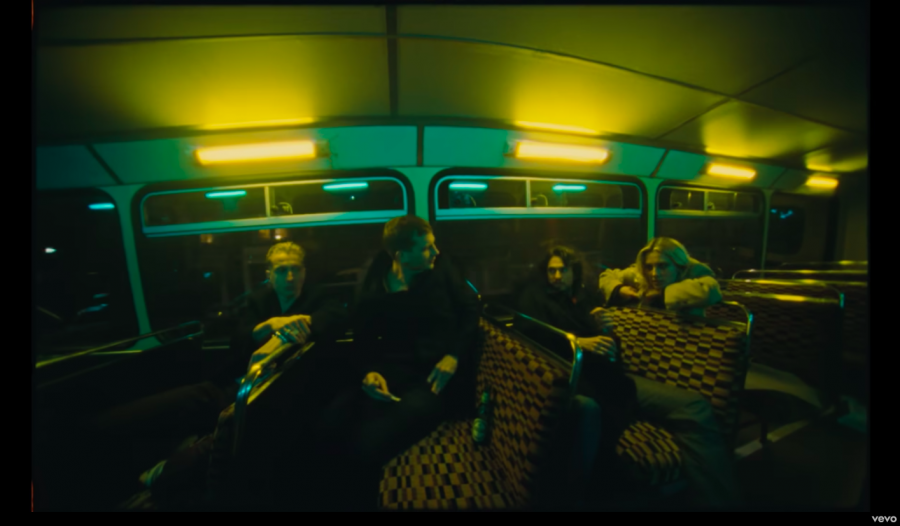 From eccentric cross-dressed dance competitions and medieval role-playing to exemplifying “main character energy” on public transportation, the British pop-punk band Wolf Alice had given us so much over its two-album lifetime. Their long-awaited third album “Blue Weekend” was released on June 4, and its arrival could not be more welcome after a painfully protracted four years since the release of their last project “Visions of a Life.”

NME’s review of the album is dazzling, stating, “‘Blue Weekend’ is another stone-cold masterpiece that further cements [Wolf Alice’s] place at the very peak of British music. Long may they remain there.”

Beyond critics’ shining reviews, “Blue Weekend’s” visual repertoire is quite unique — it is rare to find an album with a music video for each track, let alone an ambient and artistic plot that shadows an album’s story. The band has released numerous love ballads, including their top hit “Don’t Delete the Kisses”, but in “Blue Weekend” we start to notice a craving for all types of love including self-love and platonic intimacy. The videos’ colorful lighting, liminal settings and of course immaculate soundtrack take us on a trip through the lover’s tunnel of Wolf Alice’s discography and a night from lead singer Ellie Rowsell’s perspective.
The Birth of Venus
Roswell’s night out begins with Chapter I titled “The Beach,” where she is sucked into an overflowing bathtub and plummeted into the ocean. Reminiscent of a clumsy birth of Venus, the song indicates a beginning to both the album’s fictitious relationships and the plot of the evening out.

After singing on strangers’ shoulders in a ride-share cab in Chapter II, “Delicious Things,” Roswell hits the brakes of intimacy in the album with Chapter III, “Lipstick on the Glass.” She begins to trail away from her bandmates after becoming enamored with a window dancer clad in red, suggesting that the pursuit of romantic relationships can distance friendships. It is clear that the first three tracks in the album represent an internal observation of relationships.

The videos shift outside Roswell’s mind into tangible terms in Chapters IV-VIII, centered around bar-goers in a pub where Wolf Alice happens to be playing a gig. It becomes clear that when the band is playing, the album becomes the focal point.

The show is brightly lit in hazy reds and blues, switching our focus to the actions of various crowd members, karaoke singers, and bartenders. Fans hungry for a slice of an aggressively chaotic and confident Wolf Alice ride were fully fed with the album’s hit, “Smile.”

However, the honeymoon phase from “Smile” does not last, and by “Safe from Heartbreak (If You Never Fall in Love)” we see Roswell and her love separated by gloomy bathroom stalls. A rift has formed, and  “Play the Greatest Hits” becomes an iconic rage track, rivaled only by their previous hits “Giant Peach” and “Yuk Foo.” The lovers reach their demise as the band’s gig comes to a close.
Parting is Such Sweet Sorrow
The close of the album with final Chapters IX-XI emphasizes moving on after the failure of this relationship, and the bittersweet nature in departure. The lyrics turn from harsh with “Play the Greatest Hits” to melancholy and affectionate, suggesting a symbiotic respect between ex-lovers. Roswell says it best in bluesy track, “Feeling Myself,” singing, “Keep my name on your lips / Let the double L feel like a kiss.”

In “No Hard Feelings,” Roswell separates from her lover with a quick embrace at a bus station. She climbs aboard to meet her bandmates for a trip home in the final track  “The Beach II.” Opening the album with “The Beach” and closing with “The Beach II” creates this cyclical feeling to the relationships displayed on the album, as if Roswell returns to the start a step higher on a spiral staircase, rejoining her bandmates to be swept away again.
Sharing the Love
The video repertoire for “Blue Weekend” fills in the missing nuances of the music’s overarching narrative. The album feeds us all the emotions attached to the rise and fall of romance, but it also illuminates the intimacy we feel between friends and strangers alike. Wolf Alice has written powerful love songs, but “Blue Weekend” intricately portrays the love outside of romance. The powerful visuals from the album’s essential music videos emphasize the soft innocence in beginnings and endings told in song.

Wolf Alice is performing “Blue Weekend” on Nov. 1 at The Complex. Get tickets here.