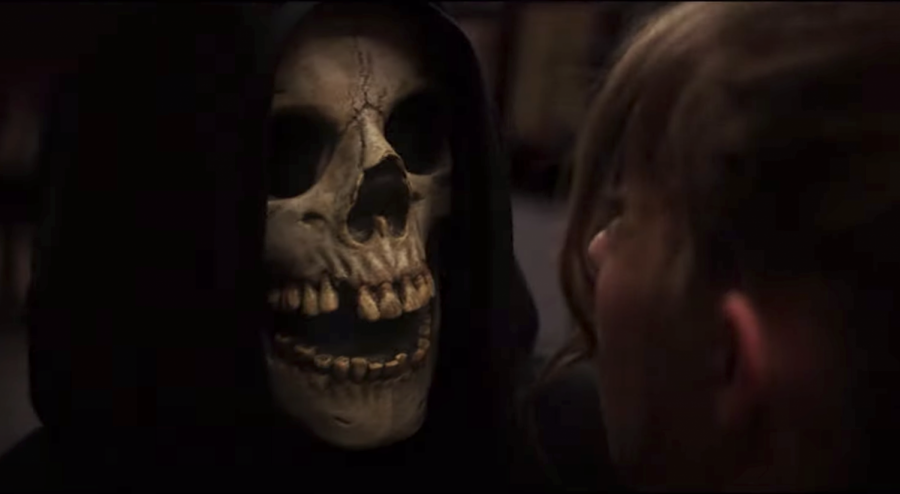 Residing somewhere in between film and television, each installment tells a self-contained story while weaving together a connected mythology, engaging despite its many problems, to make the “To Be Continued” feel like a promise. It tells a story of outsiders, discrimination, the cyclical nature of violence and the dangers of privileged white men, but most of all it wants you to remember the horror stories of your teen years.

Released weekly on Netflix, each installment pays tribute to the horror stories of old, an idea that is better in thought than execution. The various movies and novels it pays lip service are too numerous to list, but importantly, “1994” is “Scream,” “1978” is “Friday the 13th” and Stephen King novels, and “1666” is “The Witch.” All of these are shot through the same dayglo-colored lens as “Stranger Things” and “Riverdale.”

After an opening sequence that shamelessly lifts from “Scream,” the first installment “1994” introduces the audience to the town of Shadyville, a hell-on-earth named “Kill Capital USA.” None of the characters are particularly surprised by the brutal murders because that sort of thing happens all the time.

A group of teens band together to uncover dark secrets in Shadyville history, while running from several serial killers that emerge from town legend. The movies often get bogged down in explaining the lore, which is relatively simple but presented in a convoluted manner.

Little Suspense and Few Kills, but Plenty of Gore

The trilogy is commendably nasty in its gore, including a moment in a grocery store that made me gasp in surprise, but light in genuine scares. The kills come at an almost programmed pace and are dispatched with little imagination or interest.

Director Leigh Janiak seems almost bored trying to scare her audience, rushing through it to the CW Soap-style interactions of the characters. The characters are a great deal more likable than ones you would find in an ‘80s slasher, and the actors do a good job of getting you to care about their fate, in particular, Olivia Scott Welch and Emily Rudd.

The trilogy feels as though it was made by people who have never seen or read a horror story but heard them described through a game of telephone. The filmmakers understand the aesthetics and know the memes, but everything underneath that gets lost.

While the three installments, “Fear Street: 1994,” “1978” and “1666” do add up to something greater than the sum of its parts, it is insecure, broad and reeks with an overcompensating “try-hard” energy. It mistakes references to earlier horror work for plot and annoying needle drops for period setting.

Perfect for a Slumber Party

Perhaps one of the reasons “Fear Street” did not click for me was that I did not watch it at a slumber party. The movies seem perfectly calibrated to the energy that forms in a group of teenagers at midnight. Janiak directs with style and an energy that is hard not to get swept up in so, undoubtedly, many will watch the movies and have fun. The trilogy was made for teenage horror movie fans, but whether it is what they deserve is the question.

All three installments are now available for streaming on Netflix.