Fringe Fest: ‘Ronald and Edith’ Bares a Whimsical Heart In Its Story of Artistic Inspiration 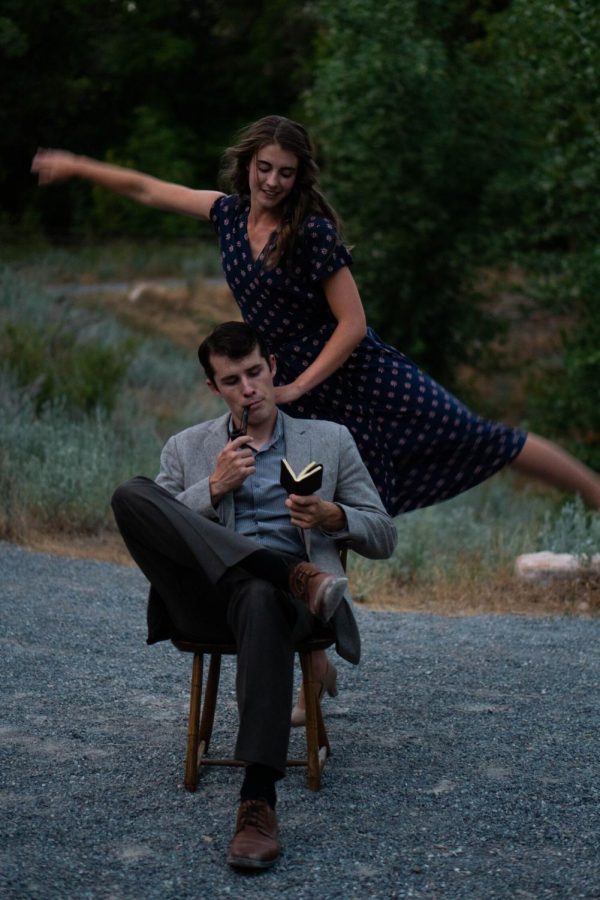 Jessica Graham and Connor Nelis Johnson in "Ronald and Edith." (Courtesy of the Fairy Story Society)

“The Lord of the Rings” and “The Hobbit” were not writer J.R.R. Tolkien’s only journeys into the fictional Middle-earth — he wrote many other stories set in this world that were compiled after his death into “The Silmarillion.” One of the most popular is entitled “Beren and Lúthien,” the story of a mortal man and an elven woman that fall in love. Many ideas in the story were inspired by Tolkien’s love for his wife Edith, to the point that the names Beren and Lúthien were engraved on their tombstones.

With a keen sense of whimsy and a great deal of charm, the Fairy Story Society tells the story of the inspiration behind Tolkien’s words in their two-person play “Ronald and Edith” at the Great Salt Lake Fringe Festival. “Ronald and Edith” peeks in on newlyweds Ronald, played by Connor Nelis Johnson who is also playwright, and Edith Tolkien, played by Jessica Graham, as they picnic in the Yorkshire woods and make up the story of Beren and Lúthien, all while Edith tries to get Ronald to open up about his experiences during World War I. The play is not a look behind the curtain — there is not a whiff of realism. “Ronald and Edith” is pure fairy tale.

Storytelling in an Intimate Setting

Part of the Salt Lake Fringe Festival, “Ronald and Edith” was presented outside in a courtyard at the Gateway Shopping Center. On the particular night I attended, the sky was slightly overcast and the wind whistled through the trees. Dusk began to fall as the actors discussed elves, and magical curses, and true love. This was one outdoor entertainment experience where nature helped rather than hindered. It seems evident that the play was designed to be performed outdoors, and it adds an atmosphere that would be untenable in a playhouse.

As actors, Graham and Johnson were engaging enough to draw attention from the masses walking by in the shopping center. The play rests entirely on their shoulders and they were gamely up to the challenge. There were pieces of the performance where Ronald and Edith acting out the tale of Beren and Lúthien felt more like acting class exercises than two people making up a story on the fly, but I saw the stirrings of their true talents. The two actors have believable chemistry that carried me through the more melodramatic sections where they discuss Ronald’s war service.

This play is designed for Tolkien fans and those that are will find a pleasant place to share their love. “Ronald and Edith” was written without any condescension and performed without any self-consciousness, proudly showing its sweet, nerdy heart without any protection from irony.

“Ronald and Edith” is being performed at the Gateway, above the fountain and behind the Union Pacific Depot. The performances on Aug. 6, 7, and 8 all begin at 7:30PM. Admission is free, but a donation of $5 is welcome.