How the Russell Westbrook Trade Affects the Utah Jazz 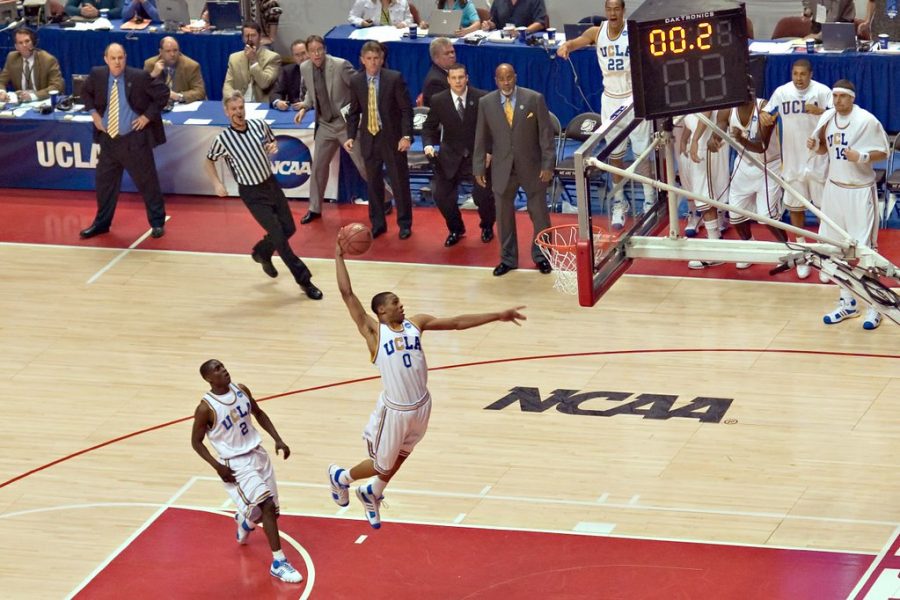 In the summer’s first blockbuster trade, the NBA saw Russell Westbrook traded to the Los Angeles Lakers. Now the question that arises for the Utah Jazz is, “how does this trade affect Utah?”
The Jazz Need to Re-Sign Conley
Now that Westbrook joins traded and Anthony Davis in LA, the Utah Jazz need to prioritize re-signing Mike Conley. A big part of the Jazz’s success last season was having Conley control the ball and running the offense through him. Without Conley, the Jazz don’t have a backup option in terms of point guard.

With most of the free agency’s good point guards already talking to other NBA teams and planning to sign with them, the Jazz don’t have any good alternative options for a point guard that they can sign, hence why they need to re-sign Conley this free agency.

Conley is coming off a career year where he became a first-time All-Star and led the Utah Jazz to the number one seed in the Western Conference (along with the best record in the NBA) and he has proven why he’s such a key component to this Jazz team.

The good news for Jazz fans is that they will most likely see Conley re-sign. From trading Derrick Favors and finding other ways to clear up cap space, the Jazz now have enough money to offer Conley the contract he wants, and it seems like that is what is going to happen.

There have been multiple reports that Conley is planning to re-sign with the Jazz on a 3-year $60 million dollar deal. Now that the Jazz know they can retain Conley, they can be confident that they will be able to compete with the new Lakers superteam.
Adding Additional Players This Offseason
Now that the Jazz can relax, knowing that Conley will re-sign, they can turn their focus to other players in free agency. The Jazz’s depth is lacking a bit right now and their bench isn’t as powerful as it was last year. Granted, they still have Jordan Clarkson and Joe Ingles returning next season, but now they don’t have a backup center (as Favors was traded) and not as much depth in general.

With most of their depth being young and inexperienced players, the Jazz should focus on signing a couple of veterans. The Jazz shouldn’t have too many problems with this since they were one of the best teams last season, but the Westbrook trade lessens their chances of getting good veterans to join the team.

On top of that, the Jazz don’t have a ton of wiggle room to work with in terms of their cap space, so anyone that does come to the Utah Jazz will most likely be on a short-term deal that doesn’t pay a lot.

Regardless, if the Jazz can market themselves correctly and show that they are contenders next season, then maybe they can steal some of these free agents from other teams and deepen their bench.
Staying Healthy
Outside of free agency, the Jazz need to focus on staying healthy this offseason. The Jazz saw many problems with players being hurt during the regular season and even the postseason. With the Westbrook trade, many of the Western Conference members are adding more weapons to their teams in order to compete with the Lakers, hence making the competition factor in the West really difficult this upcoming season.

When healthy, the Jazz were the best team in the NBA and they proved it last year by having the best record. This year is a bit different though. Not only is every team getting better this free agency, but everyone will also come back healthier and more rested.

Because of this, the Jazz will have a harder path this upcoming season and they need to remain healthy and rested this offseason, mainly so they can prevent any injuries during this upcoming season and make sure that they are at their best, so they can compete and perform at the highest level against the harder and more competitive Western Conference.

The Westbrook trade has shaken up the NBA and made it so that teams are adding more and more players in order to compete this upcoming year (including the Jazz). If the Jazz can continue to do good this free agency, then they should be well prepared to compete in next year’s highly competitive NBA environment.