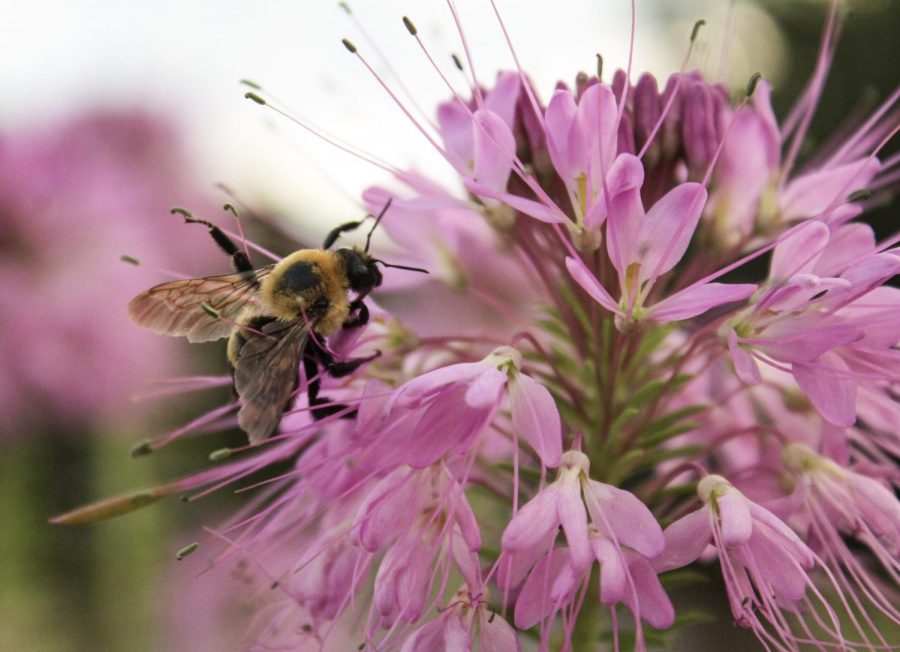 Pollinators are some of the world’s most beautiful and essential species, and their continuing endangerment should alarm everyone. Although not everyone can be a pollinator expert, everyone can participate in different advocacy efforts. To learn more about the pollinator decline and how to address it, I interviewed via email Nynke Blomer, co-founder of Pollinator Ambassadors.

Blomer identified the biggest challenges she believes pollinators face: pollutants in the environment, lack of biodiversity in agricultural landscapes and habitat degradation.

Pollinators, while small in size, greatly influence our ecosystems. For the good of our environments, we must help mitigate these challenges to pollinators by expanding our understanding, implementing better standards of management and becoming more involved.
Efforts to Protect Pollinators
When I hear the word “pollinator,” I immediately think of bees. Arguably the most important species of pollinators, bees have survived because of their adaptability and abundance. But we must recognize how much our actions influence their existence.

However, bees are only one of many essential pollinator populations that human actions influence. We need to account for lesser-acknowledged pollinators, including butterflies, birds, wasps, beetles, moths and bats.

Because every pollinator plays an important role, we need to address them as a whole. Blomer partnered with Nadine Schuller to form Pollinator Ambassadors as young beekeepers in the European Union. They work not only to address the pollinator dilemma but to build youth engagement in biodiversity policymaking, which addresses all pollinators comprehensively.

Blomer also pointed to the EU Pollinators Initiative as a good example of setting “strategic objectives and actions to be taken by the EU Member States to address the decline in wild pollinators.”

Governmental actions like H.B. 224 and the EU Pollinators Initiative positively impact all pollinator species, but we should more effectively coordinate our individual efforts to help pollinators.
The Impact of Pollinators — And Our Impact on Them
For reference, pollinators as a whole contribute roughly $500 billion a year to global food production. Scientists have estimated that about one third of the bites of food we eat exists because of pollinators, and 75-95% of all flowering plants need pollinators.

However, over the past decade, butterflies have declined by 53%, beetles by 49% and bees by 46%. Since 1970, nearly one third of birds have also been lost. These declines have serious repercussions.

As extreme temperatures damage crop production, they simultaneously hurt pollinators. For example, warmer weather has altered the hibernation cycles of bats, as well as their ability to detect prey given greater humidity. These changes, in addition to fungus-induced white nose syndrome and other negative forces, have led to the loss of a third to a half of bat populations.

Habitat loss also spurs major decline, as Blomer illustrated using the example of some highly specialized bee species that “only feed on one type of species of plant, and only fly a limited distance from where they were born.”

If those flowers disappeared due to manmade pollutants such as herbicide, “the bee [wouldn’t] find food, and also would normally not be able to travel far enough to find an alternative food source.” This circumstance would make it likely for both the bee and the plant that it pollinates to go extinct.

Given the extreme biodiversity crises they create, we face serious trouble if these damaging cycles continue on a large scale.
It Starts with You
Blomer wrote, “it all starts in your back yard, balcony or neighborhood” when it comes to helping pollinators. We should consider creating more pollinator-friendly spaces in landscaping. Plant a variety of pollinator-friendly flowers, especially plants native to your climate, to attract pollinators. Blomer also emphasized, “stop keeping manicured lawns and let native flora flourish.”

Other ways to help pollinators thrive include implementing pollinator-friendly solar and rooftop pollinator gardens, which means we plant native flowers and grasses in between solar panels and atop homes or other buildings.

Additionally, we must reevaluate pesticide use. We typically use pesticides to destroy unwanted vegetation like weeds or reduce animal interaction with crops. And even though your intention may only be to kill mosquitoes, your pesticides always kill more than you bargain for. Additives and ingredients within pesticides are toxic to all insects — especially pollinators.

Currently, over 90% of beehive pollen samples and stream samples have contamination from more than one pesticide. Even if bees don’t die from pesticide-ridden pollen, they still contaminate their hive upon returning. And if you do continue using pesticides, consider more innovative brands. Chlorantraniliprole (Acelepryn) does less harm than traditional pesticides with careful application.

Finally, we should all support large-scale conservation efforts to protect pollinators by volunteering with or contributing financially to grassroots organizations. Blomer suggests, “campaign your local government to ban the most harmful pollutants, encourage them to start growing native plants in the green areas they manage, and demand for them to invest in environmental jobs in the community.”

While protecting these essential species during today’s dire circumstances proves challenging, all hope isn’t lost. If we all advocate for greater awareness of our pollinators, we can change management more effectively. For the sake of these beautiful species and ourselves, let’s show more love to pollinators.