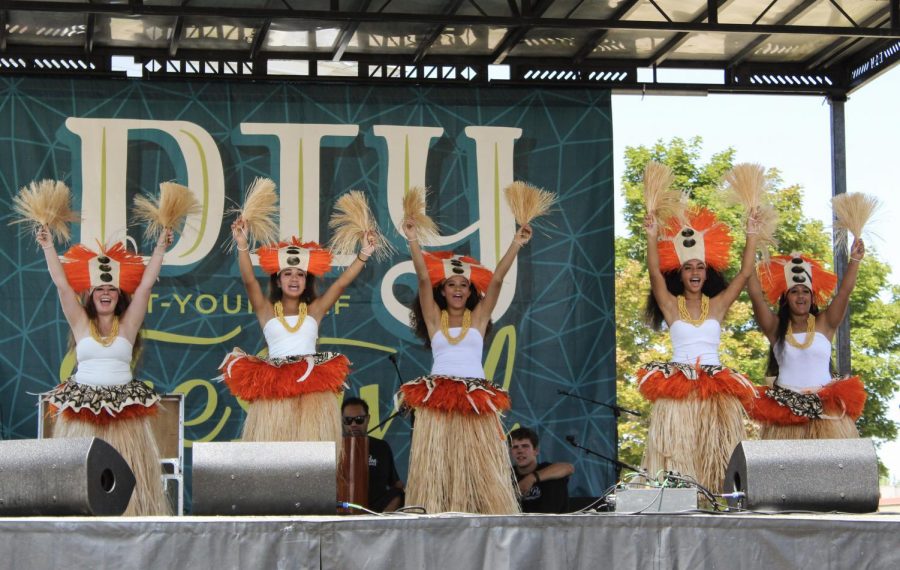 The Festival was a massive success, according to Rachel Kozlowski, an artist at the festival — this year was the biggest the event had ever been, as the interest in DIY and local art only seems to grow each year.

This powerful heritage was highlighted at the DIY festival, with stunning performances by local Pacific Islander artists along with traditional food and art stations. Pasifika Enriching Arts of Utah, or PIK2AR, is a local non-profit organization that played a key role in the centering of Pacific Islander culture at the festival.

Arts and the Community
Nisi La’a, artist and case manager at PIK2AR, said that the work they are doing centers on empowering and building up the Pacific Islander community from within, in part by fostering creativity and the arts.

“Mental health isn’t something that’s talked about a lot in our community, and we’re trying to change that.”

Nisi is the owner of MANA Manifest Jewelry and sold handmade journals at the festival that she hopes will help those around her develop the habit of writing out how they’re feeling as a way to better understand themselves and unpack how they’re feeling.

Another artist participating in the festival was Tane Falevai, who was born and raised on a small island in Tonga. Falevai is putting in the work in his community to teach the skills that he has mastered to a younger generation, who he hopes will continue his work.

Growing up in Tonga, Falevai connected with the environment where he sourced his materials for sculpting and learned all the styles of design throughout Polynesia. He continued to hone his skills working at the Polynesian Cultural Center in Laie, Hawaii.

His goal is to share a piece of Polynesian culture with everyone who is a patron of his art.

With tens of thousands of attendees, the DIY festival was the perfect place for La’a, Falevai and many others in the Pacific Islander community to showcase their beautiful culture and traditional arts.