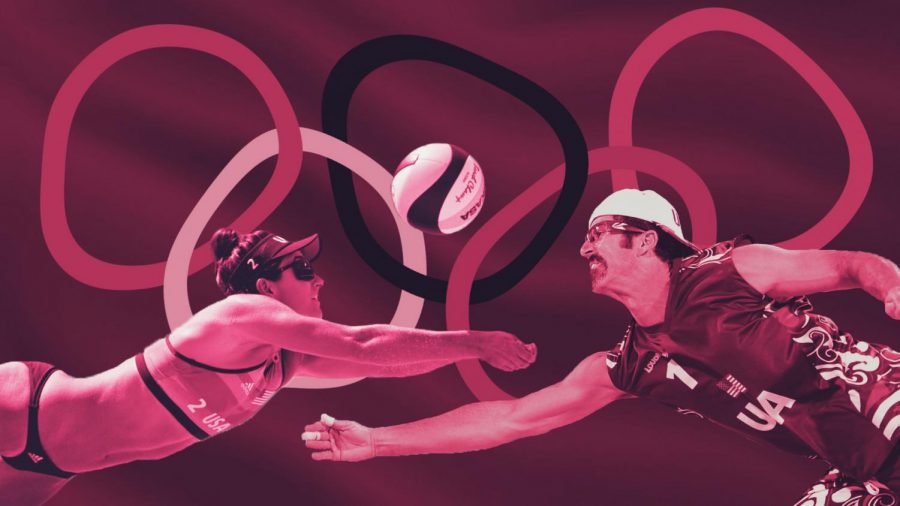 By Aya Hibben and Sydney Kincart

In our experience, it’s been almost impossible to scroll through Instagram this summer without seeing something related to the Olympics — more specifically, controversies between athletes and uniform regulations.

Norway’s beach handball players made global news as the European Handball Federation fined the team for wearing shorts instead of bikini bottoms. Similarly, German gymnasts wore full-body suits to the European Artistic Gymnastics Championships to protest against the sexualization of the sport. They wore full-body unitards again during the Tokyo Olympics, garnering even more attention.

Although we’ve rightfully shifted from asking women about only their outfits, there comes a time and place where we need to bring attention to female athlete’s discomfort in competition clothing. As women continue to be sexualized in sports, we must amplify their voices and prioritize their comfort.

There’s a double standard in female sports apparel as some athletes are fined for uniforms being too long and others too short. The attention on uniform regulations takes away from the sport itself. If there is no performance advantage, athletes should be able to wear a uniform they find comfortable.

Women were first allowed to compete in the Olympics in 1900, where they donned long petticoats. For years, women lobbied to compete in the games, but when they arrived, the organizers were more concerned about women’s bodies than their performance. Women could not compete comfortably in sports like tennis because of their constraining clothing. Later on, gym suits were introduced to allow for more breathing than corsets but still concealed a woman’s body.

In the opening and closing ceremonies, countries often choose military-like clothing to project power and strength. At the same time, women in the 20th century were dressed more like airplane stewardesses, appearing lower in accomplishment and rank than the men. These costumes coincided with their continued fight to participate in more sports.

Attire is a powerful tool in history to separate people by class, race and gender. Covering women’s bodies at the beginning of the Olympics to prevent them from showing “too much” demonstrates an unwelcome and unequal start for women in the games.

In contrast, some sports today are strictly opposed to “modest” clothing. The word “close-fitting” often appears in women’s attire requirements for the Olympics. For example, women in beach volleyball must adhere to close-fitting and deep cuts, with “clingy” fabrics. Men are asked to wear a tank top and shorts. Bikini bottoms and sports bras that require constant readjustment aren’t necessary to perform well, so why are women required to wear them?

Participants wore what they felt most comfortable in for the 2020 Olympics. Some wore bikini bottoms to increase movement, while others wore shorts to keep their hips in alignment. The podium of winners included different women from different backgrounds and different uniforms. The conversation about this race surrounded the incredible athletic accomplishments of these women, not their gender or what their bodies looked like.

The contrast between exposing and uncomfortable attire for women has one thing in common: the sexualization of a woman’s body. If organizers are more concerned about athlete’s attire than their performance, it shows the underlying thoughts about women. The choice to pick what you feel comfortable in, without having to watch out for a camera exposing a compromising angle or a garment that restricts your breathing is essential to true equality.

Looking forward, we hope to see uniform regulations that account for the various beliefs and bodies of athletes. Multiple accomplished athletes in a variety of sports have dealt with hijab bans. An athlete’s religious beliefs should be respected and accommodated so they can play their sport.

Additionally, we hope that uniform regulations recognize everyone’s bodies. Athletes in the Olympics and Paralympics have a wide range of body sizes and mobility functions, so uniforms must consider these differences.

Bringing athletes onto governing boards is a strategy that will prove useful in changing uniform regulations. We especially advocate for diverse board participation — including underrepresented countries, races, religions and genders. Overall, we want to see athletes comfortable. We want to see athletes competing in uniforms that boost their esteem and confidence — free from fears of sexualization.

Athletes deserve to feel good about their competition uniforms. As viewers of the Olympics, we should be supporting athletes and the way they choose to dress. The best way to show support to our athletes is to advocate for them. Our advocacy is working — the European Handball Federation will “very likely” change their uniform requirements.

It’s up to us to continue to amplify the voices of athletes and advocate for their comfort.