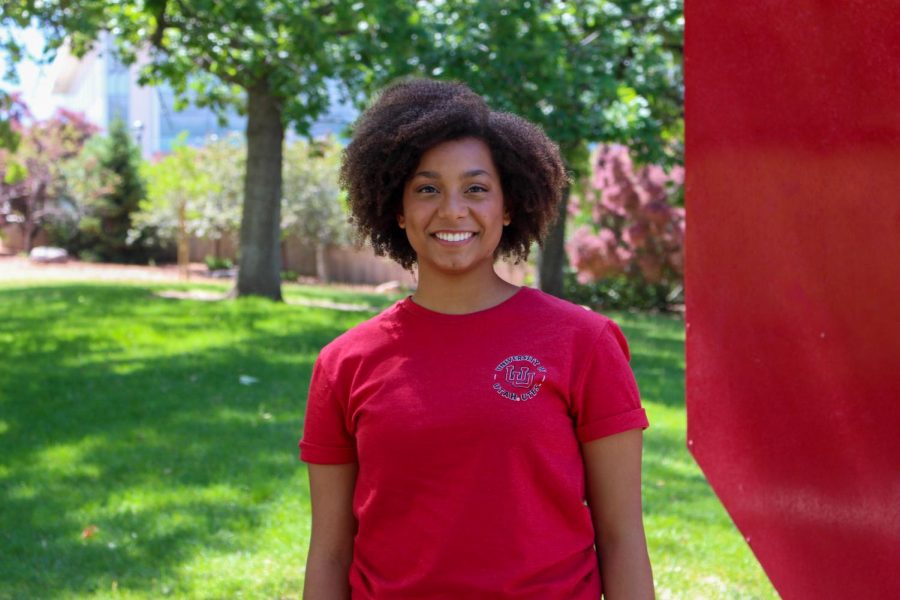 As the University of Utah prepares to welcome the class of 2025 to campus this fall, 13 orientation leaders are running an all-virtual orientation for incoming freshmen and transfer students. Students are hopping onto Zoom and learning about the U, registering for classes and making friends with the help of their soon-to-be peers.

New student orientation has four parts. The First two days are a Canvas course done at one’s own pace before moving on to working with orientation leaders and academic advisors. The next step, called First Year or Transfer Connect, is on Wednesdays of each session and is meant to build community by allowing students to get to meet each other and their orientation leaders.

In addition to helping others, Bruchhauser said his motivation to become an orientation leader was partially selfish.
“I really had the worst possible fresh first-year experience I could have probably hoped for,” he said. “I just worked, went to school, I had no friends. It was super depressing and isolating and I just felt the worst way I’ve ever felt.” Since becoming an orientation leader, he said he found a way to be a part of the U community and has had a great experience.

The sessions this year still differ from orientation in years past, where students would spend a few days at the U, stay in dorms and experience the campus. All aspects this year are on- line or via Zoom, and subsequently, all orientation leaders are expected to be generalists. This means they have to be experts on all of the U, instead of assigned colleges. “There’s a lot of information you have to learn,” Bruchhauser said. “Which was a little overwhelming and scary but as you keep going forward, you just kind of intuit things.”

Sophomore Vocal Performance major Isabel Cossa said she became an orientation leader to learn more about the U and share her love of it. “There’s so many resource centers that I didn’t know existed,” Cossa said. “I didn’t know about the Women’s Resource Center or the Veteran Center. That was very eye-opening. And then I also learned about the LGBTQ Center, how they have internships coming up … I really didn’t know anything about those before.”

Cossa said the job has made her more excited for college as well because it has allowed her to meet people she missed out on with a year of online classes. “It’s been really fun making those connections with first-year students,” she said. “Just today I exchanged my first Instagram username with someone, so that was super exciting.”

Dylan Habersetzer, a junior studying computer science, was hired as an orientation leader for Summer 2020 and was laid o due to COVID-19. However, his orientation was so impactful he decided to return again for this summer. “I had a very valuable experience with my orientation leader coming to the University, where I was able to meet a lot of people through them and
I felt more comfortable and having a sense of belonging on campus because of them,” he said.

After over a year of Zoom meetings, Habersetzer said there is still a lot of restlessness when it comes to online orientation. He tries to combat this by encouraging engagement and trying to put in extra effort into making sure they feel safe and comfortable.

Additionally, he said this year they are focusing on human connection and part of that is changing the way they provide services. In Summer 2020, students had the opportunity to text a helpline to ask questions: however, many students reported that they felt like they were simply talking to robots and automated systems instead of making connections.

This year, students are texting orientation leaders and bringing their questions and issues directly to them. The Office of Orientation and Transition mission statement states they hope to connect students “to personalized support and meaningful opportunities by promoting academic excellence and successful transitions.” They also cite their core values — embracing and driving change, working as a team to build community, pursuing growth and learning and advocating for social justice — as examples of the type of environment they hope to foster among incoming students.

“I think that the biggest goal is to make them see the University of Utah as a place that they can belong, or that they can see themselves,” Habersetzer said. However, each orientation leader also has personal goals when it comes to interacting with students and facilitating sessions.

One aspect of orientation is for students to register for classes by navigating Schedule Builder and completing their Fall 2021 course schedule with the help of their academic advisor. Habersetzer said he understands this process can be stressful and he wants to ease anxieties about the whole college experience, even in the little things.

“I know the things that are unclear for incoming students that have the biggest questions, and I know what people are feeling when they get wait-listed for a class and they don’t know and they never been wait-listed for a class before, and [I’m] trying to just ease those anxieties,” he said. For Bruchhauser, he wants students to find someone they can connect with even on a campus with around 30,000 students.