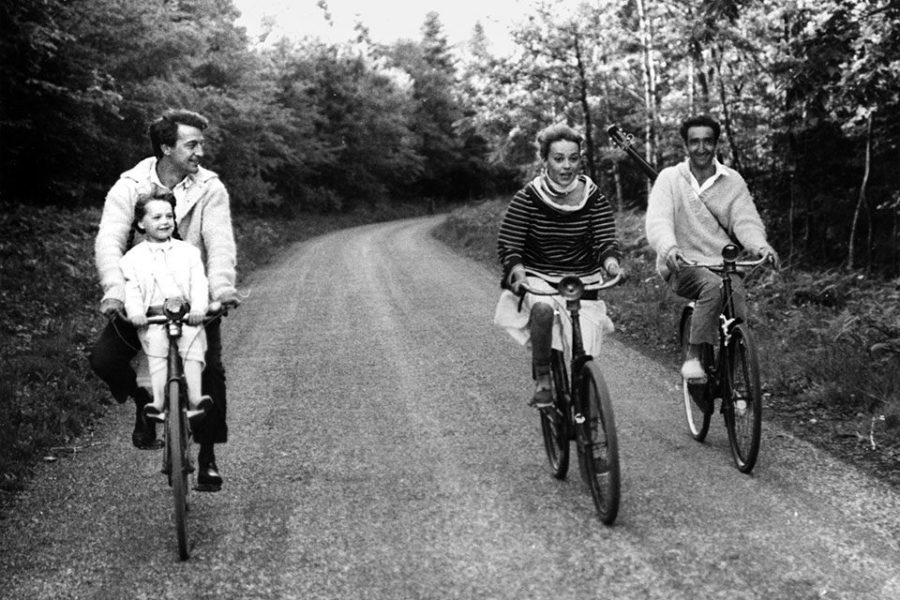 Screenshot from "Jules and Jim." (Courtesy of HBOMax)

The final days of summer may feel different for everyone — nostalgic, bittersweet, revelatory — but I believe we all recognize it as a culmination, the end of something. From the first year we started school, summer became a symbol of freedom from responsibility and, as we have grown older, summer has never lost that symbolic power.

There’s a finality to the end of summer that doesn’t come with the other seasons — a defining line of before and after. In trying to hold onto that wistful feeling of summer turning into fall, I have collected movies dealing with these themes of changes and endings that capture the restless, sweaty itch of freedom and the long days spent trying to stave off boredom that only summer provides.

Audrey Hepburn, in her first leading role, plays a princess who escapes her responsibilities to spend the day around Rome along with a charming man (Gregory Peck) she doesn’t know is a reporter.

A personal favorite, “Roman Holiday” is one of the most sparkling and elegant romantic comedies ever produced by Hollywood. The cinematography, which turns Rome into an enchanted playground, is summer at its platonic ideal. Underneath all of the charm and Old Hollywood glamour is an unmistakable streak of melancholy caused by the knowledge that all of this fun must come to an end.

Watch it on: Prime Video or rent it

There’s a sequence where the leading trio — Jules, Jim and Catherine — bicycle around the French countryside, and it feels like summer to me.

“Jules and Jim” is an exuberant, youthful and wise exploration of love and human relationships through the ménage à trois of the three leads. Like individual Peter Pans, they run around their mountain hideaway, playing and testing the limits of freedom. Slowly, tragedy seeps through the seams and brings their eternal summer to an end.

Watch it on: HBO Max or rent it

Often lost in the shuffle of other Studio Ghibli entries such as “Spirited Away” and “Grave of the Fireflies” but just as gorgeous and worthwhile, “Whisper of the Heart” is a simple, lovely, romantic movie.

It follows 14-year-old Shizuku Tsukishima as she takes her first steps toward becoming a professional writer. It’s the perfect movie to watch as we return for fall semester and say goodbye to summer. Few things inspire me to work hard as the scenes when Shizuku is working on her first novel. Delicately, the movie observes Shizuku coming into her own and turns even the most mundane detail into something magical.

Watch it on: HBO Max or rent it

Another movie that is able to turn mundane details into magic is Richard Linklater’s “Everybody Wants Some!!”

There is very little in the way of plot as the film follows a fraternity of baseball players at a Texas University in 1980 during the four days before classes start.

“Everybody Wants Some!!” feels like a party with each scene in a different room. It’s shaggy, loose-limbed, funny and charming — welcoming you in with a beer and good-natured ribbing. The movie is about what it’s like to be young, carefree and away from supervision for the first time. It’s about the last moments before you cross the invisible border into adult responsibility.

Watch it on: Available to rent

Benjamin Braddock returns home from college and, like the tagline of the film says, “He’s a little worried about his future.”

“The Graduate” perfectly encapsulates how easily anxiety can turn to ennui. It’s about the fear that comes with trying to plan your future and not become your parents. A landmark movie, “The Graduate” is funny, sardonic, extremely cool and a must-see before you yourself graduate. The Simon & Garfunkel soundtrack is wall-to-wall bangers.

Watch it on: HBO Max, or rent it

During the 1980s’ oversaturated market for teen movies, “Smooth Talk” flew under the radar and was more than just overlooked, but those who watch will find one of the most intelligent depictions of teenage girlhood.

Almost voyeuristically, “Smooth Talk” follows 15-year-old Connie, played by a radiant Laura Dern, as she wanders from malls to burger joints to movie theaters during hot, sticky summer nights. The freedom of summer has turned to boredom, and Connie yearns for something she cannot articulate.

From the beginning of the movie something is off, there’s an eerie and haunted quality, but you’re not able to put your finger on exactly why, until the third act begins and “Smooth Talk” turns into a horror movie. A24 wishes!

Watch it on: The Criterion Channel