Fantasy Football Preview: Players to Target and Who to Avoid 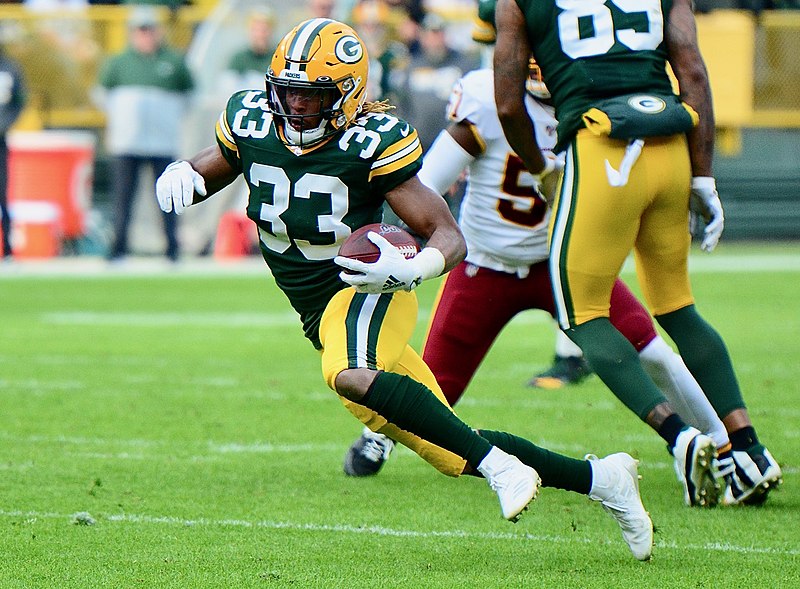 As the NFL season approaches, Utah residents are left wishing and dreaming for an NFL team of their own. To fill that void, many resort to putting their hearts and souls into their fantasy football team which at times can become more intense than the league itself. This article will provide information on which players to avoid in FFL and a couple players to target. This list will be based on players’ PPR rankings.
Players to Avoid
No. 1 — Travis Kelce
The crop of top running backs in fantasy this year is extremely strong, but also top heavy. Strangely enough, Travis Kelce is being drafted around No. 6 or No. 7 in a lot of leagues this year. Kelce is almost certainly going to have another great year, but I can’t justify drafting a tight end ahead of a running back like Aaron Jones, Saquon Barkley or Nick Chubb.

Personally, I would not take Kelce until the second round, and I would focus on getting a bell cow running back in the first round. Kelce has less bust potential than someone like Barkley, but I still believe that the upside of Barkley, and having a true RB1 on the roster, is more valuable than having Kelce.

You can grab a fairly solid tight end in the 5th and 6th rounds or keep two tight ends on the roster and start them based on matchups. It’s a lot harder to find RB value late in the draft than TE value.
No. 2 — A.J. Brown
I think A.J. Brown is a fantastic player, but his rank of No. 30 on ESPN is way too high. First, the addition of Julio Jones to the Titans’ roster will take away some targets from Brown. Second, Ryan Tannehill has been playing better than he really is and is bound to regress to the mean.

Tannehill has put up statistics that almost make him look like Aaron Rodgers. But he is not Aaron Rodgers, and I expect Tannehill’s production to go down in the 2021-22 season. I would draft Brown in the late 20s or early 30s. Don’t waste an early second round pick on him.
No. 3 — CeeDee Lamb
I’m shocked that CeeDee Lamb is ranked as high as he is. He was taken 23rd overall on a ESPN mock draft. There is no way that I would draft Lamb at this position. He is not even guaranteed to be the No. 1 WR on his team as Amari Cooper is still playing at an elite level.

Dak Prescott is also coming off of a brutal ankle injury and has been dealing with shoulder issues throughout the preseason. I would avoid Lamb until the 4th round of your draft. Adam Thielin, Terry McLauren and Keenan Allen are all players ranked below him that I think will have much more productive seasons.
Players to Target
No. 1 — Aaron Jones
Aaron Jones will almost certainly be gone by the end of the first round, but that doesn’t mean he’s not still slightly undervalued. He’s been incredibly consistent over the past seasons and I don’t expect anything to change this year.

Jones is generally lumped into the RB class of Nick Chubb, Austin Ekeler and Saquon Barkley. I would take Jones over all of these RBs, and would only rank him behind the top 5 standout backs: Ezekiel Elliot, Derrick Henry, Christian McCaffery, Dalvin Cook and Alvin Kamara.
No. 2 — Lamar Jackson
I’m always wary of taking QBs early in the draft, but I think Lamar Jackson has enough value to justify taking him in the first five rounds. He is the best running QB in the game and has largely avoided missing time due to injury. He is ranked right next to Aaron Rodgers, but I expect him to score far more fantasy points than Rodgers.

It is not out of the question that he ends up as the top scoring QB in the league but he is ranked almost 25 spots lower than Patrick Mahomes. He has great value this year and I would consider snagging in the early 4th round and definitely grab him if he’s available any later than that.
No. 3 — Mike Williams
Mike Williams has been a fantasy enigma throughout his career. He’s had flashes of brilliance where he lives up to his pre-draft hype, but just as many moments where he doesn’t perform or is sidelined by injury.

I think this could be a breakout year for the youngish WR as Justin Herbert appears to be on track for becoming one of the NFL’s best QBs. Take Williams late in the draft, because of his boom potential, but don’t bank him as a consistent performer.