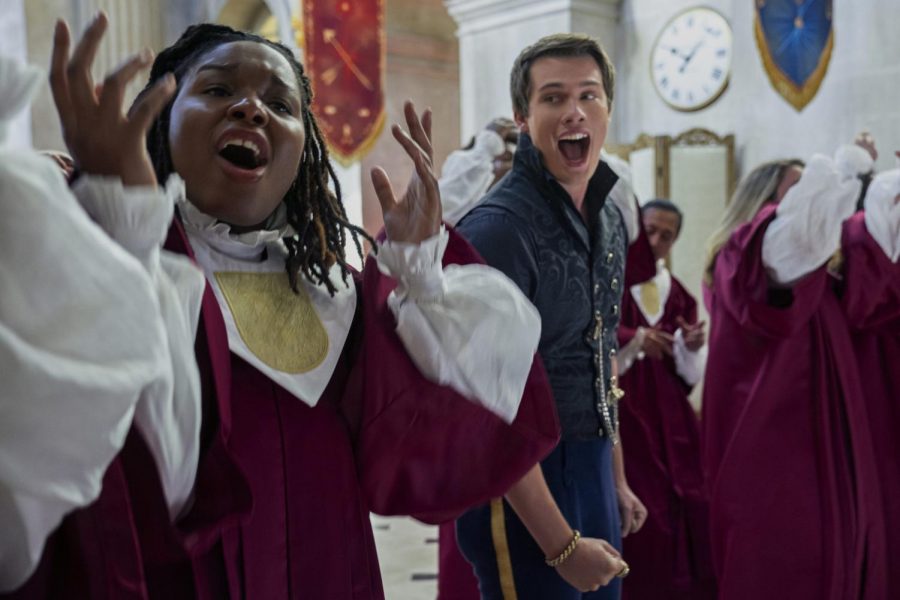 “There’s another one?” This simple sentiment was uttered by my wife and I’m sure millions of folks from all over upon hearing about the new Cinderella flick.

We’ve got the Disney classic, the Disney remake, the Selena Gomez one, the Drew Barrymore one and now the Camila Cabello one. The wild thing is that these are only five of the hundreds of Cinderella-themed movies that have graced the big screen.
Almost Fun
While I sat there watching a boyish and charming young prince (Nicholas Galitzine) backed by a church choir belting Queen’s “Somebody to Love” I found myself thinking, “they might be onto something here.” Unfortunately, I soon found out the only thing they were onto was a convoluted mess of a film that quickly overstays its welcome.

“Cinderella” is a 113-minute episode of “Glee” set in medieval times mixed with a glossy, overworked Camila Cabello music video that is all sizzle. It’s “Mamma Mia” without the killer soundtrack, star power or location. It’s not very good, but it is almost a whole lot of fun.

At its core, “Cinderella” is not meant to be taken seriously. It’s meant to be a cliché and fun journey of a young girl who overcomes oppressive systems and cruel stepmothers by killing them with kindness. While it succeeds in a surface-level tale of girl power, it fails in the systems it uses to get there.

The characters are underdeveloped, the story is disorganized and the dialogue is laughable. On top of this, the acting is abysmal and the chemistry between performers is non-existent. While some of the music is fun, most of it doesn’t quite work and the talented voices of Billy Porter (Fabulous Godmother), Minnie Driver (Queen Beatrice) and Idina Menzel (Stepmother) are left underused.
A Change of Heart
“Cinderella,” for me, felt a touch like a car wreck. Both in the sense that it was hard to look away and in the sense that it was really bad. However, as I was beginning to reach this point in my viewing experience, my own Fabulous Godmother appeared to me. They looked me in the eye and told me to quit being a jaded old man who overanalyzes and hates everything.

I realized that this movie wasn’t for me and honestly, my heart was softened. While it objectively is not a good film, “Cinderella” is enjoyable. I doubt it will go down in history as one of the greats and I’m sure it will be forgotten in a manner of months. Yet, there is a certain magic to it.

There is something inspiring about Ella succeeding as a dress maker. There’s something charming about Pierce Brosnan (The King) and the Queen rekindling their faded flame of love. And there’s something deeply horrific about seeing James Cordon in anything.

The truth is, there is a place in cinema for movies like this. Movies that are briefly enjoyed and quickly forgotten. Movies that make us laugh at it not with it. If you, like me, can get over yourself for two hours, you might have a good time.

So if you’re bored this weekend and looking to throw on a background movie while you talk to your friends, why not pick “Cinderella?” The glass slipper probably would fit but you might as well try it on.