Shadley: The Sound of Silence 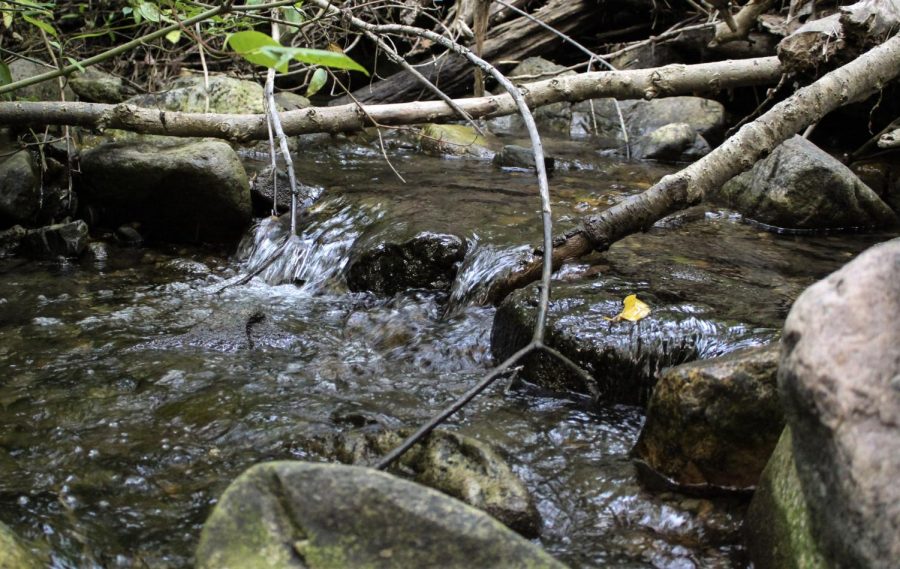 Finding a location free from human interference has become an increasingly difficult task. Even in the most remote places, the physical landscape is littered with evidence of our industrialized existence. We might gaze up at the night sky, hoping to see a vast galaxy untouched by humanity, but instead, we’re met with fewer visible stars.

Everywhere we look, we see our mark on the world. Most of us have recognized that reality, which has led to a greater push to protect and preserve our most beautiful landscapes. Yet, there’s one important way humanity has influenced the environment that we tend to ignore: noise.

Even in America’s most “natural” places, the National Parks Service found that anthropogenic (human-caused) noise doubled the background sounds in 63% of protected areas and increased those sounds tenfold in 21% of those areas. Our most important ecosystems are at risk. Without adequate recognition of the ecological and psychological value of silence, we cannot begin to call these important natural places “protected.”
Noise vs. Sound
To better understand the effects of noise and sound on humanity and the environment, I spoke with Britt Mace, an environmental psychologist and professor at Southern Utah University. Mace said sound is “everything that’s there acoustically: the sounds that we make, the sounds that other creatures make, the sounds that the planet is making, etc.,” whereas noise should be characterized as sounds that are unnatural or “unwanted” —  like sounds produced by helicopters or motorcycles.

If you’re still a bit lost, as I was, it might help to focus on the psychological effects of noise and sound. Sound, typically, results in a pleasing experience for people, while noise results in an annoying one.
The Harms of Noise and the Healing of Sound
Noise has an inherently negative impact on our health and wellbeing, but it also has a negative impact on our ecosystems. Anthropogenic noise can mask important sounds as animals listen for predators or prey, locate other group members or seek a mate. In the southwestern part of the United States, Mace said that high altitude jets produce that anthropogenic noise “25 to 30 percent of the time, no matter where you are,” including Utah’s beloved national parks.

One of Mace’s colleagues in soundscape ecology, Bernie Krause, conducted a study in California on Spadefoot Toads. These toads engage in incredibly complex, beautiful choruses that make it difficult for predators to locate individual toads. As Krause recorded these sounds, a military jet flew overhead and caused the toads to fall out of sync.

In the nearly 45 minutes that it took the toads to get back into their synchronized chorus, predators located many toads and picked them off. An anthropogenic noise that occurs 25 to 30 percent of the time directly leads to a shift in the ecological balance.

Noise is disruptive, whereas sound can enhance our ability to think, create and engage in meaningful work. Ambient sounds, those that make up the natural soundscape, are beneficial to humans both psychologically and physiologically. Mace has found that spending time surrounded by these sounds can “restore our attention abilities” and lead to “deeper states of cognition.” In these states, we experience physiological changes as the active parts of our brain “slow down” and make us more contemplative, allowing “creative ideas to come out.”

As the climate crisis progresses, creatively addressing problems depends on our ability to access these deeper states of cognition. Preserving the few spaces where that remains a possibility is more important than ever.
Preserving Silence
Since 2002, the European Union has campaigned to protect quiet areas. The Environmental Noise Directive focuses on three areas of action: determining the exposure to environmental noise, ensuring that information on environmental noise and its effects is made available to the public, preventing and reducing environmental noise where necessary and preserving environmental noise quality in less affected areas. As of 2020, 60% of European countries have designated at least one national quiet area.

However, in the U.S., most noise policy has focused on what Mace calls the “threshold approach.” The threshold approach leads to policy that determines how much noise is “too much” and regulates it from there. Yet, any level of noise pollution can destroy the tranquility of a quiet soundscape.

One of those soundscapes, which Mace has spent the past few years monitoring, is Grand Staircase-Escalante National Monument in southern Utah. In the middle of winter, Mace and his team discovered the quietest place ever recorded. At a mere 5.3 to 5.5 decibels, the standard metric for measuring loudness, the location in Grand Staircase-Escalante came in more than three decibels quieter than the previous record. A soundscape that unique must be protected.

Like Grand Staircase Escalante, these incredible ecosystems show how humanity and the environment can interact harmoniously, without our voices domineering over other creatures. As our population grows and air traffic increases, we risk drowning out the sounds of the natural world. However, the introduction of noise-protected areas in the U.S. preserves the restorative, enlightening sound of silence.