The Beat of ‘CODA’ is Familiar, but it has a Heart of its Own 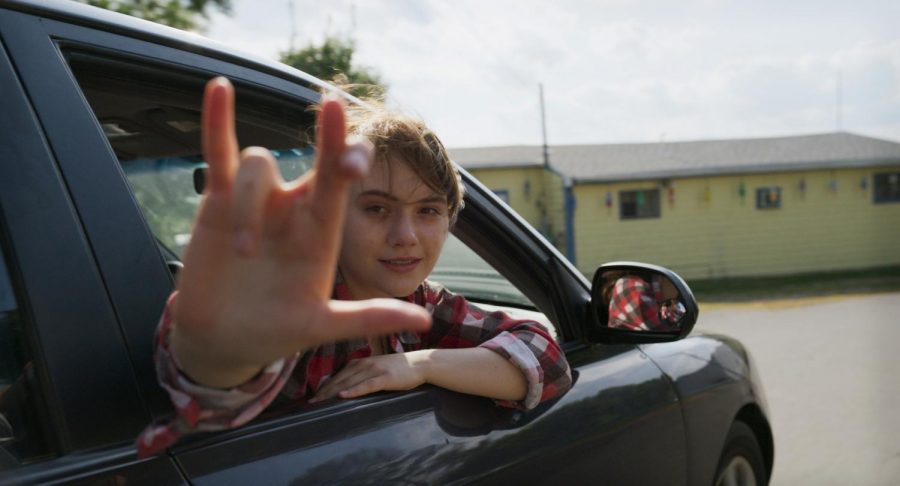 The template for director Sian Heder’s film “CODA” is resoundingly familiar. After all, “CODA” is a coming-of-age tale about a small-town girl with big dreams and untapped talent, a family skeptical of the ambitions, an inspirational teacher, upbeat rehearsal montages, and a high-stake audition. What sets “CODA” apart is the honest story-telling. The movie gets from beat to beat in fresh and interesting ways.
Coming-of-Age Drama About How To Love Someone You Don’t Fully Understand
Based on the 2014 French film “La Famille Bélier,” the titular CODA (Child of Deaf Adult) is Ruby Rossi (Emilia Jones). As the only hearing member of her family, Ruby has spent her life as a translator and mediator between the hearing and deaf world, doing such tasks as ordering the meals at restaurants and helping to run the family fishing boat with her father brother each morning before school.

“CODA” follows Ruby as she navigates her own identity and reconciles passion with expectations. Ruby’s developing love of music is the one thing that her family cannot share. “CODA” is about how to love someone without fully understanding everything about them.
Luxuriates in Small, Human Details
What raises “CODA” above the melodrama are the little details and observations about human experiences and relationships. The film begins by taking us through a typical day in Ruby’s life, and show the audience mundane moments that may be extraneous to the plot, but give us a rich, full understanding of her character. We care about Ruby deeply and want what’s best for her, because of all of the time we have spent together.

It’s a compassionate and warm movie that luxuriates in such small moments — mining drama from the characters bouncing off each other. Ruby’s talent for singing is not a magical fix for her difficulties. The Rossis are presented as a loving, warm and messy family whose concerns for Ruby are genuine and loving, and not just a screenwriter’s manufactured roadblock for the main character.

Heder shows a wonderful way with actors, giving everyone the space to create rich characters whose lives are rather easy to imagine when they are not on screen. Marlee Matlin, who plays the mother, Jackie Rossi, was the first deaf actress and the youngest to win the Best Actress Oscar, does solid work. Troy Kotsur could very possibly be nominated for an Oscar for his salty, energetic and affectionate portrayal of the father, Frank. The stand-out scene of the movie comes almost entirely from Kotsur.

“CODA” is corny, but instead of coming off as manipulative it feels touching. Many moments are deja-vu-inducing in their familiarity but are played in an original way by intelligent actors. The representation that comes from having deaf actors play deaf characters is important, but that is not the only selling point for “CODA.” It is a sweet and friendly movie that could ring tears out of cynical eyes.

“CODA” is available in select theaters and to stream on Apple+.