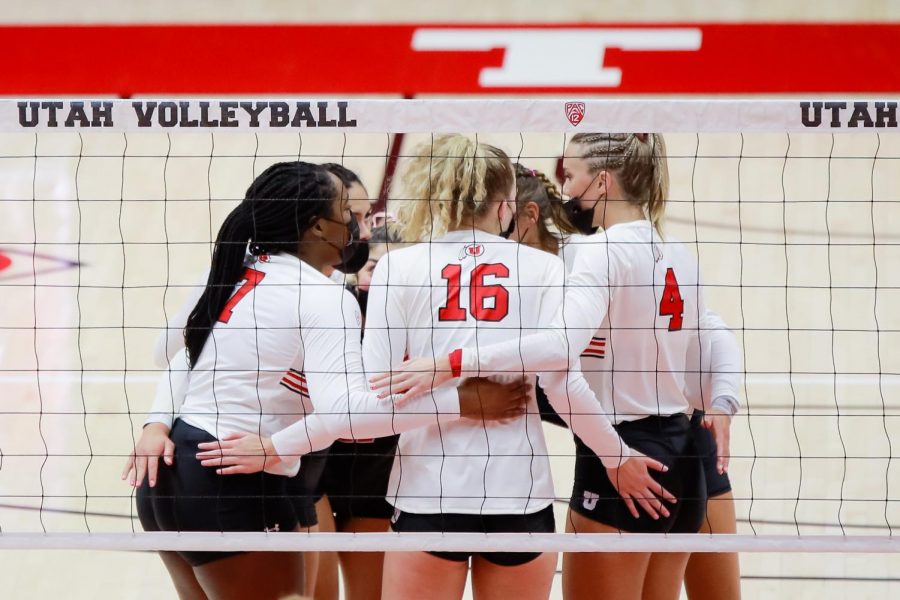 The Utah women’s volleyball team was on the road this weekend as they traveled to face No.3 Nebraska in Lincoln, NE at the Devaney Center. After trailing 2-0, the Utes managed to find a way to come back and beat Huskers in the fifth set and remain undefeated on the season.

To begin the match, the Utes did not have any momentum as they struggled to find their footing in the first two sets. The first set started off close as both teams went back and forth with very little separation. At one point in the first set, the score was tied at 12 all until Nebraska found a way to pull ahead and take the opening set 25-18.

The second set turned out to be a nail-biter as both teams went back and forth yet again. At one point, the Utes were up 23-20 but Nebraska found a way to tie it up. While the Utes found themselves at a set-point, leading 24-23, Nebraska regained the lead and took the second set 26-24.

As the competition continued, the Utes trailed by two sets and were in desperate need of adjustments in order to stay in the game. While Utah found themselves down 14-16, they strung together an impressive three point rally to take a one-point lead. Following the rally, Utah dropped a few straight points and the Huskers regained a two-point lead.

However, Zoe Weatherington stepped up late with a kill to help get the Utes back in the game. Megan Yett also had several consecutive aces that set the Utes up 21-20. Notably, the teams went back and forth until Madelyn Robinson had a kill that kept Utah alive. Weatherington had two more kills to steal the third set.

The Utes carried the momentum into the fourth set and never looked back. Despite a short run by the Huskers, the Utes put the set away 25-22 and tied it up at two games a piece.

The final set was exciting as both teams kept the score close. Utah was up 11-9 before the Huskers came back with some kills. Dani Drews had a big kill but it was not enough to put the Huskers away. The Utes were down 12-13 when Drews had another kill to tie the score up.

Following an error from Nebraska, the Utes found themselves looking at a match-point and Stef Jankiewicz came up with a dump play to help the Utes come out on top, emerging victorious and upsetting No. 3 Nebraska.

“Once we were in the third set and then battling in the fourth, I thought about what a great situation this is to be in this early in the season,” head coach Beth Launiere told Utah Athletics. “We showed great mental composure throughout the fourth and fifth sets. Early in the season you are trying to define yourselves as a team, and this was an incredible opportunity to play a great team and define ourselves in this moment. We defended tremendously and everyone was doing their role. It truly was a team effort tonight.”

For the day, Drews had 27 kills and a double-straight 16 digs. Weatherington had 17 kills and five blocks throughout the game while Robinson had a double-double with 12 kills and 12 digs. Notably, Jankiewicz had a season-high of 50 assists and 14 digs while Vanessa Ramirez had a career-high of 21 digs throughout the night.

With the victory, Utah improves to a perfect 7-0 on the season as they hand the Huskers their first loss of the year. The Utes will now remain on the road as they travel to face Boise State Monday, Sept. 13 at 3:30 p.m. MDT at the Bronco Gym.