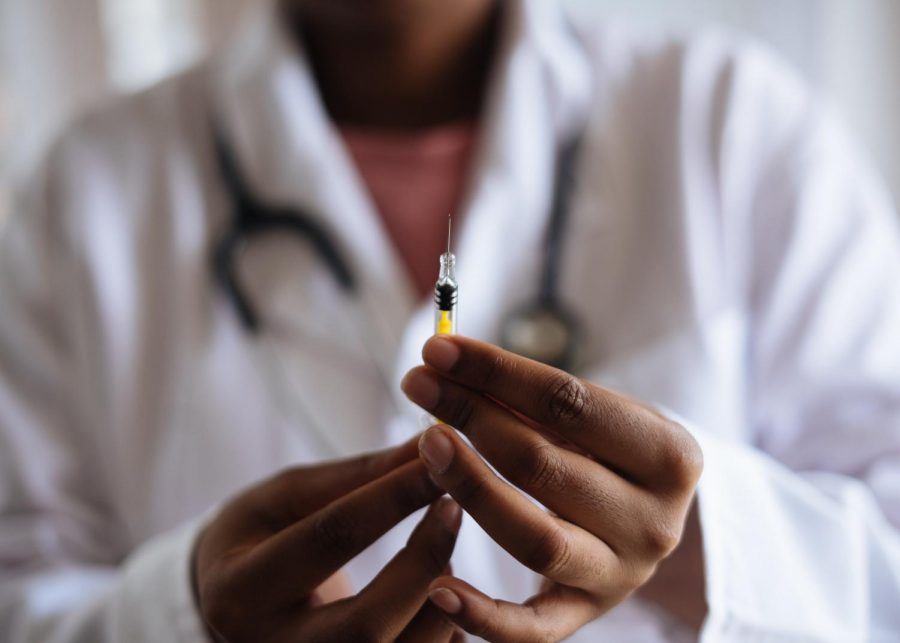 A typical day in Joe Rogan’s life starts at the gym, followed by mushroom coffee and supplements such as creatine and Alpha Brain. He sticks to a strict diet founded in “primal” eating.

Dude-bros around the world drool over his intellectual conversations and cheer along when he calls out political correctness. And worst of all, people listened when he promoted Ivermectin, a drug that prevents parasites in livestock, as an effective COVID-19 treatment to his large audience.

Rogan has a moral responsibility to provide accurate information to his audience, particularly regarding a virus as polarizing and devastating as COVID-19. Failing to recognize his actions is reckless, as is already demonstrated in its consequences.

Public figures have cashed in on public interest in conspiracy theories for a while now. As media becomes more saturated and the line between news and entertainment blurs, it becomes easier for seemingly credible figures to present misleading information. A polarized environment and a general distrust in the government results in widespread acceptance of alternative facts — especially during the pandemic.

Dr. Joseph Mercola, an osteopathic physician and prominent spreader of COVID-19 misinformation, is an excellent example of this. Since 2005, he has successfully profited from skepticism and alternative medicine. In 2012, he claimed tanning beds reduced the likelihood of cancer while selling tanning beds, resulting in penalization from the Federal Trade Commission for false advertising.

But his shady history doesn’t deter his modern audience, who cite him as a trustworthy source for anti-vaccination sentiment.  “He takes away from the idea that an anti-vaccination activist is a fringe person,” Kolina Kaltai, a conspiracy theory researcher at the University of Washington, said in an interview with the New York Times.

Rogan’s 11 million YouTube subscriber count acts as a stamp of credibility in the eyes of viewers. Social media accounts held by anti-vaxxers have increased their following by at least 7 million people since 2019, according to a report by The Centre for Countering Digital Hate. Rogan’s suggestions that young people don’t need to get vaccinated and the use of Ivermectin will effectively treat COVID-19 are dangerous.

A study done on the effectiveness of Ivermectin as a COVID-19 treatment stopped after results were determined unviable. “We do not see the treatment benefits that a lot of advocates believe there should have been,” said Dr. Edward Mills, the professor at McMaster University who led the study.

He noted that the study would’ve ended earlier when a single dose made no difference. But persistence and threats from advocate groups elicited them to raise the trial to three doses. Still, the horse dewormer was just as effective as the placebo.

Philosopher Immanuel Kant said lying is always morally wrong because false information prevents humans from making informed decisions. Rogan may not have intentionally lied when he suggested young people don’t need to get vaccinated and Ivermectin will treat COVID-19. However, the results from Dr. Mills’ study became publicly available almost a month before Rogan gave the drug his personal endorsement. He had the opportunity to educate his audience, but instead chose to promote a drug the FDA advised against.

Whether or not celebrities have a moral obligation to use their platforms responsibly is an ongoing conversation. People criticize models for promoting harmful detox teas and unrealistic body standards. Promoting these ideals to impressionable young people has consequences, because people trust their idols and tend to take their word as truth. We should criticize celebrities who spread misinformation, especially when the consequences can be lethal.

So far, Texas has seen a 150% increase in poison control calls from people using Ivermectin in 2021. Some rural Americans already have it for agricultural purposes. Why pay for an expensive visit to the doctor when you have the treatment on hand? The FDA said it has “received multiple reports of patients who have required medical attention, including hospitalization, after self-medicating with Ivermectin intended for livestock.”

Though doctors will sometimes prescribe it in small amounts primarily intended to treat parasites, the FDA has not authorized Ivermectin to treat COVID-19. Even if future findings prove Ivermectin can relieve COVID-19 symptoms, it isn’t considered safe now. And it wasn’t when Rogan recklessly endorsed it to millions of impressionable listeners.

Humans have flaws, and we can’t expect superhuman diligence from celebrities. Everyone has an individual responsibility to research vaccine effectiveness and to seek verifiable truth to formulate an educated opinion. But the term “influencer” was coined for a reason — and it’s vital for anyone with an audience to wield their influence responsibly.