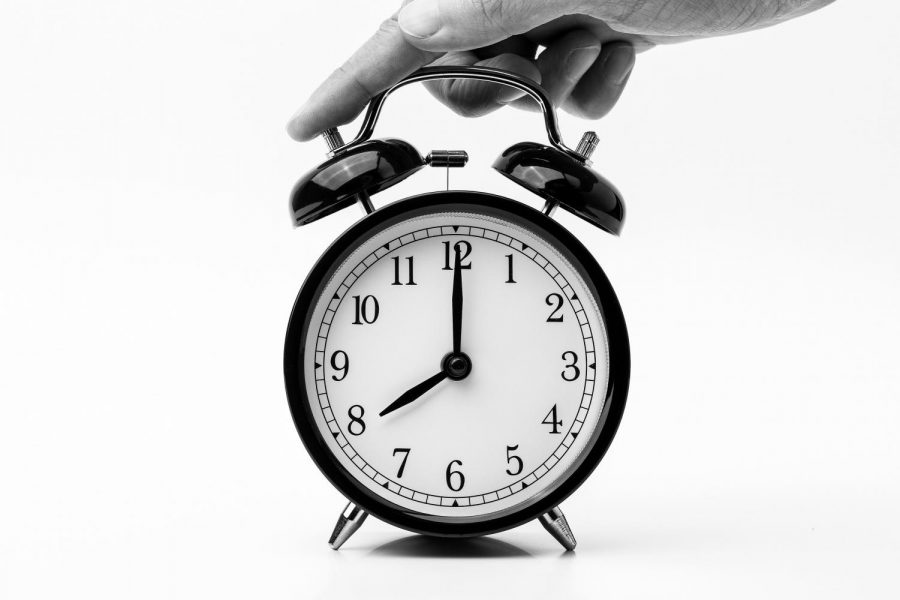 I have always struggled to fall asleep earlier than midnight. I’m a natural night owl. However, my schedule this semester requires me to wake up at 5:30 am five days a week. I constantly feel tired.

I am not alone in this, though. 1 in 3 adults do not get enough sleep. Poor sleep can be the result of everything from blue light to noise pollution to our very biology. Changing the United States work schedule could help adults achieve healthy sleep.

Everyone’s body has a natural schedule based on genetics. That schedule, or chronotype, affects when our bodies produce certain hormones, when our hours of highest productivity are and our natural sleep schedules.

Chronobiology can also vary dramatically from person to person. 30-50% of people fall in the middle of the chronotype bell curve, sleeping between 11 p.m. and 7 a.m. Forty percent rise a little earlier or sleep a little later.

Compare this to the start of the average workday and you’ll find that many Americans begin work when their body’s natural clock wants them to be asleep. We often sleep at whatever times work best for our work, school and social schedules, but this doesn’t allow us to get our best sleep.

Every college student knows the main symptoms that follow a poor night’s sleep. I’ve arrived at work or class with half a brain because I spent all night doing schoolwork.

Chronic poor sleep, from trying to sleep outside of our natural sleep schedule, can result in health consequences more severe than brain fog. Chronic poor sleep has actually been linked to a higher risk of depression, diabetes, obesity and infertility. Disruptions in our biological clock can even raise the likelihood of various cancers.

Poor sleep, and its resulting health problems, also unfairly affect BIPOC individuals. Research has shown that Black Americans are twice as likely to get insufficient sleep when compared to white Americans.

This sleep disparity exists within other communities as well, with research showing that white Americans get better sleep than American Indians and Latinx Americans as well.

Data also shows that BIPOC individuals are most likely to work shifts that align poorly with average chronobiology. Black and Latinx people are overrepresented among those who begin work during the evening, late-night and midnight/early morning hours. They are most likely to start work when their bodies want to be asleep based on average chronotype distribution.

One town in Germany lets people sleep when their body needs to. The town of Bad Kissingen has committed to implementing chronobiology into the way that it runs. They’ve investigated ideas like starting school later, getting rid of daylight savings time and even changing when students take tests and exercise to better fit their natural schedule for productivity.

In the U.S., we don’t prioritize our chronobiology. We’ve all heard phrases like “the early bird gets the worm.” Our society rewards people who wake up early, but honestly, that isn’t most of us. People with later chronotypes are forced to adopt earlier schedules and suffer health consequences or miss work and educational opportunities.

BIPOC people are excluded from healthy sleep entirely because they often work jobs that do not align with healthy sleep patterns. Realistically, though, this makes most people less productive and less healthy.

The solution is simple. We should adjust U.S. work schedules to be more accepting of employee chronobiology to give Americans better sleep, health and productivity. We can allow workers to have more choices regarding their schedules to allow for healthy sleep.

Industries that lack consistent schedules can commit to not having employees work consecutive shifts that require workers to sleep inconsistently. Employers can change their attitude toward sleep. More broadly, we can shift the start of most workdays to be an hour or two later so they better align with average chronobiology. These changes might be big, but they will create better rested, more productive and healthy employees.

Our economy doesn’t schedule in a way that works for many people but can make changes to help more people get healthier sleep. Some places around the world, like Bad Kissingen, already have. It’s a matter of changing our attitudes about the importance of sleep and creating a workplace environment that is flexible to what is best for our health.